The model system incorporated three, 10-cubic-meter circular dual-drain culture tanks, and reused the water discharged from the sidewall drains of the tanks. The water-reuse process first removed suspended solids (TSS) as the water passed through a microscreen drum filter with 90-μ screens. The water was then pumped to the top of a force-ventilated cascade aeration column to remove dissolved carbon dioxide (CO2).

Water exiting the aeration column flowed by gravity through a low-head oxygenator, where the mass of pure oxygen gas absorption was adjusted to maintain dissolved-oxygen (O2) concentrations within the culture tanks of approximate saturation. An automated pH control system turned the aeration column fan on and off to maintain a pH where mean concentrations of dissolved CO2 and unionized ammonia nitrogen (NH3-N) were less 20 milligram per liter and 0.0125 milligram per liter, respectively.

No biofilter was used in the partial-reuse system. As a consequence, make-up water flow rate was adjusted to control the accumulation of total ammonia nitrogen (TAN). With no biofilter, the system was relatively easy to start up, shut down, and disinfect. In fact, the partial-reuse system was cleaned and disinfected with a chlorine solution before being restocked with each successive group of fish.

The process of restarting the system was easy because the four- to 10-week period required to establish biofilter nitrification was avoided, along with the potentially toxic accumulation of nitrite nitrogen (NO2-N) that occurs during biofilter start-up.

Eight groups of advanced fingerlings that included Arctic char, rainbow trout, and an all-female brook trout x Arctic char hybrid were reared during separate periods within the partial-reuse system. The system performed well, even when fish culture densities routinely ranged 100-148 kilogram per cubic meter and dissolved oxygen consumption across the culture tank was sustained at levels as high as 13 milligram per liter.

Water quality was sustained during periods of maximumfeed loading by culture tank volume exchanges every 15-26 minutes, the use of a continuous photoperiod, a 24-hour feeding regimen with feeding every two or three hours, and by running the fan on the cascade column nonstop to maximize carbon dioxide removal. On rare occasions, the recirculating system was also operated on three pumps rather than the normal two to increase the recirculating flow.

Depending upon the size of fish in the tank, the orientations of water injection nozzles in the sidewalls of the culture tanks were adjusted to provide the 0.5 to 2.0 body length per second velocity range considered optimum for salmonids. The water rotation also helped to fractionate and rapidly flush fresh fecal matter and waste feed through the bottom drains of the culture tanks within only two minutes of the feed entering the water.

Water exiting the bottom drains was directed away from the partial-reuse system to a microscreen filter before being discharged to the environment. The backwash from a drum filter within the system and one treating the discharge water was further treated in a radial-flow gravity thickening tank. Overall, approximately 82 percent of the TSS produced in the partial-reuse system was captured in this offline settling tank, which is much better than the 25-50 percent TSS removal estimated for traditional serial-reuse systems.

The partial-reuse system sustained a production level of 35 to 45 kg rainbow trout per liter make-up water per minute, which was six to seven times greater than the typical 6 kg trout production level reported in serial-reuse raceway systems in Idaho, USA. However, unlike fish culture in serial-reuse raceways, where water flows by gravity, the partial-reuse system required approximately 0.3 to 0.5 kW of motor power for every ton of annual trout production, which equated to about U.S. $0.13 to 0.22 per kilogram fish produced.

The circular tanks and drum filters were self-cleaning, so waste removal required much less labor than that required to remove solids from raceways and their quiescent zones. In complying with waste discharge regulations, the cleaning costs for serial-reuse raceway systems can be a significant component of their cost of fish production.

The temperature and alkalinity of the make-up water and the assumed maximum limits on the concentrations of dissolved CO2 and NH3-N are controlling factors that determine the amount of feed and water reuse allowed in a partial-reuse system. Therefore, water supplies with lower alkalinity concentrations allow for higher accumulations of TAN while maintaining safe levels of NH3-N and dissolved CO2. Where discharge of TAN is limited by state or federal regulations, a biofilter could be used to remove TAN from the partial-reuse system’s effluent.

Note: This article is a summary of a 2004 article by the authors that appeared in Aquacultural Engineering. 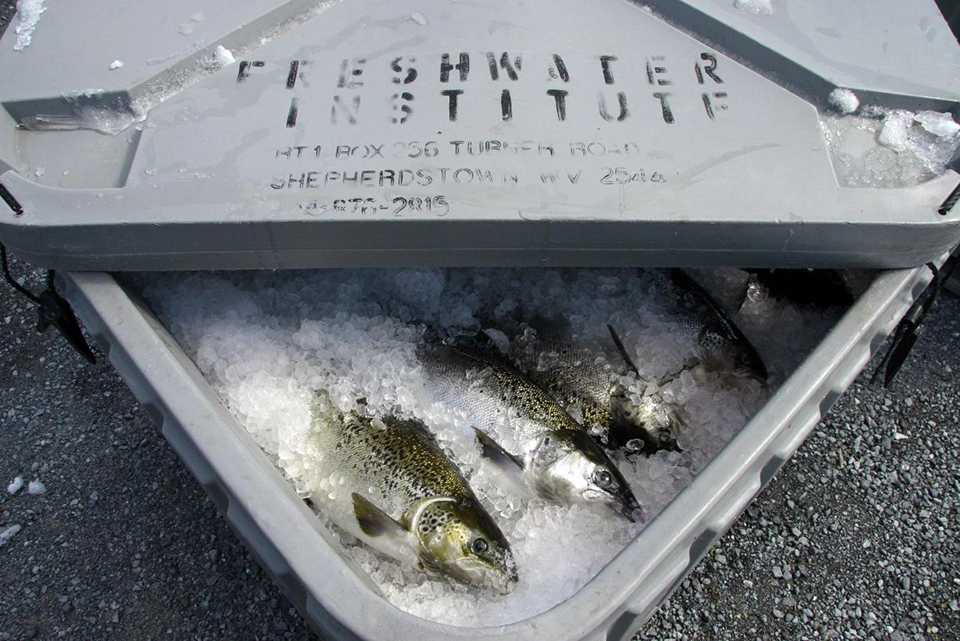 Optimizing depuration of salmon in RAS

A study to evaluated operating practices and system designs that could potentially enhance depuration of off-flavors from Atlantic salmon cultured in a semi-commercial-scale freshwater recirculating aquaculture system.