Nutrition and animal health are intrinsically related and play a major part in animal production, including aquatic species such as fish and shrimp. Optimal nutrition leads to adequate satisfactory immune responses when animals face an infectious or non-infectious challenge such as stress and environmental pressures, by developing nutritional strategies to enhance animal health and production, without the use of pharmaceuticals and antibiotics, the latter being of particular concern due to antimicrobial resistance and other emerging pathogens. Natural compounds (nutritional or non-nutritional) can positively modulate the animal immune system, resulting in increased resistance against diseases and/or pathogens, and also promote better growth and production efficiency.

The gut microbiota has been described as the “new organ” in animals, with major systemic effects and important roles in digestion, nutritional metabolism and influencing immune components in disease and inflammatory responses. The relevance of the microbiome for the Pacific white shrimp has been evaluated by various authors, who demonstrated differential bacterial community composition between wild, aquacultured and shrimp with Acute Hepatopancreatic Necrosis Disease (AHPND) symptoms. There is much interest in comprehending the links between diet immune stimulants and the microbial ecology of the gastrointestinal tract in shrimp.

The study was carried out at the experimental station of Laguna Aquaculture, Colima City, Mexico, where 1,200 juvenile Pacific white shrimp (3 ± 0.25 grams) were raised for 102 days in an intensive, seawater system with minimum water exchange (<10 percent per cycle). The shrimp were kept in twelve floating cages (1.60 × 1.65 × 0.60 meters; bottom area of 2.56 square meters, and volume of  1.58 cubic meters) randomly allocated in a 1500-square-meter shrimp pond lined with high density polyethylene (HDPE) and with a sand bottom.

Shrimp were randomly distributed at 100 animals per cage (63 shrimp per cubic meter) and four cages per treatment. Standard shrimp farming protocols and commercial conditions were maintained during the study. Water was pumped from an artesian well with oceanic salinity, and constant aeration was provided by paddlewheel aerators. Various water quality parameters were monitored daily throughout the duration of the trial. Shrimp biomass measurements were done weekly, with 20 shrimp per cage.

For detailed information on the experimental design and diets; sample collection; DNA extraction and 16S rRNA gene amplification; and analysis of high throughput sequencing results, refer to the original publication.

Developing efficient and safe technologies for prophylaxis and stimulation of the animal immune system with the associated mechanism of the gut mucosal interface and the role of the gut microbiota is a high priority for contemporary aquaculture. This complex relationship has been well described by many authors and more recently by Holt, et al. (2020).

The dose and frequency at which various prebiotics and immunostimulants are administrated is known to notably influence animal response, and we did observe better performance in our trial in animals fed with the 1.0 percent YCW diet. Additionally, other researchers have reported that a specific combination of dose + frequency was significant for better shrimp survival. Because the effect of immunostimulants in shrimp tends to be transitory, attention should be given to regular and frequency application and best doses for optimal results.

Regarding growth parameters, the improved performance observed in shrimp that received the YCW diets may have resulted from the effect on the immune system of the betaglucan from the yeast cell wall along with other constituents such as proteoglycans and mannan-oligosaccharides (MOS). In our study, the natural compounds found within the yeast cell wall matrix appeared to help maximize shrimp production in terms of weight gain, feed efficiency and survival.

The use of immunostimulants in aquaculture supports the best possible production through animal growth stimulation and promoting animal health and survival, as reported by various authors. Our results showed that the addition of YCW resulted in improved final yield, demonstrating that the inclusion of the yeast cell wall product in L. vannamei diets enhanced production. Continuous shrimp feeding with YCW diets showed no negative effects on animal performance and improved shrimp growth parameters, particularly animals that received the 1.0 percent YCW dietary inclusion.

The dietary treatment with 1.0 percent YCW inclusion had the most influence on the shrimp intestinal microbiota composition. In shrimp that received this diet, the phylum Proteobacteria was the most prevalent, and this phylum has also been reported by other researchers as the most dominant in shrimp guts. The phylum Fusobacteria was the most prevalent in the digestive tract in shrimp that received the 0.5 percent YCW diet and those in the control group. This phylum has also been described as one of the most ubiquitous phyla in the intestine of the Pacific white shrimp. These two phyla, among others, have been reported as part of the native gut microbiota of L. vannamei from larval to adult stages. Moreover, these two phyla were reported to be upregulated [increasing their responses] by White Spot Syndrome Virus (WSSV) infections. Other researchers have reported that the phyla Proteobacteria, Fusobacteria, Sphingobacteria and Flavobacteria were the most prevalent in the gut of L. vannamei after being fed with a Bacillus probiotic mix.

The inclusion of YCW in the experimental shrimp diets, both at 0.5 and 1.0 percent, significantly increased the relative abundance of the genus Bacillus in the gut microbiota. This result is important because of the significant probiotic importance of this genus. Bacillus is considered as a native member of crustacean environments and is among the widely used probiotic bacteria for crustaceans, mainly due to its capacity to activate various shrimp immune responses and to naturally produce antibiotic compounds. Thus, the stimulation of Bacillus by the inclusion of YCW in diets promotes the maintenance of a healthy shrimp gut microbiota.

Even with the changes observed in the gut microbiota composition due to the addition of YCW, especially in the 1.0 percent treatment that showed dissimilarity to the control group, we noticed a stable core microbiota. A stable and permanent bacterial community was preserved, regardless of the addition of YCW in the shrimp diets we tested in this study. The core microbiota, composed by various probiotic strains in this study, is intimately associated with healthy and diseased animals, being vital for host-bacteria interactions.

A healthy shrimp gut microbiota is characterized by a high diversity with cooperative interactions, while diseased animals tend to have less diversity and simple gut microbiota. Moreover, when elucidating the core microbiota composition, it is easier to manipulate to develop effective strategies to promote animal health and growth. Thus, the preservation of a healthy and balanced gut microbiota may produce more resilient and stronger shrimp, likely to better respond to stressful situations.

Results of our study suggest that the dietary inclusion of a commercial yeast cell wall (YCW) extract complex resulted in beneficial attributes for juvenile L. vannamei experimentally reared in an intensive floating cage system, and these benefits can likely apply to shrimp farming systems in general. YCW can be supplied to shrimp as a prophylactic agent to promote animal performance and gut health, especially at a 1.0 percent inclusion level in a formulated diet.

The commercial YCW product we evaluated is not a pure betaglucan but also contains other important constituents of the yeast cell wall such as MOS and proteoglycans and enzymes from fungal sources that could influence the gut health but could also confound our understanding of the direct causative effect. As a complex bioactive agent, it could maximize shrimp yield farming profitability, likely providing economic advantages to the producer.

Future studies should address cost benefit analyses of YCW under various production scenarios and within the context of disease challenge studies with specific, major pathogens affecting the shrimp farming industry. Further work should involve metagenomic techniques to establish the functionality of the various microbial taxa and specific roles of commensal bacteria in relation to the shrimp immune competence. 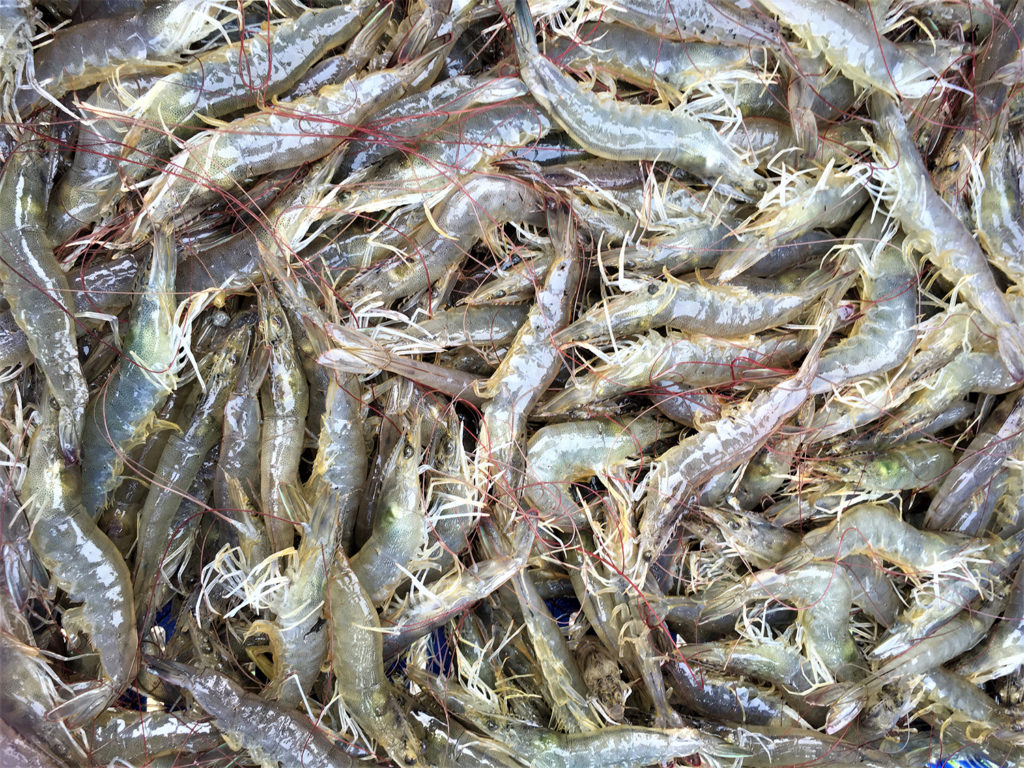 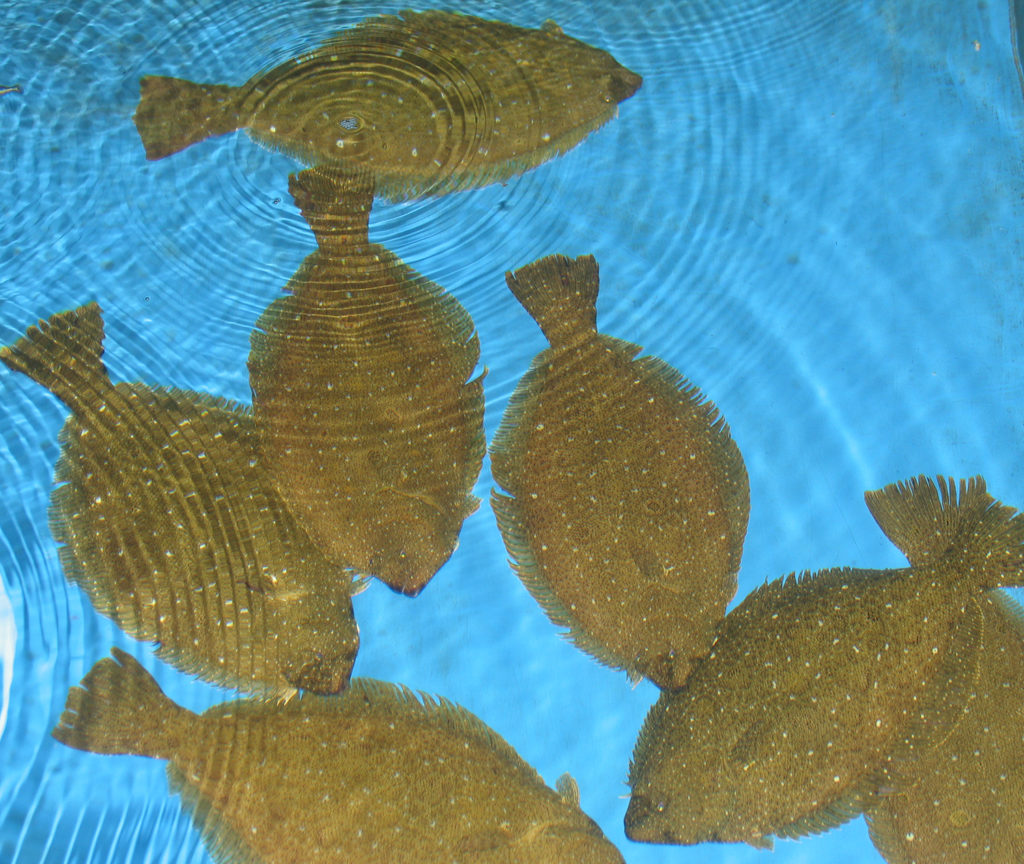 Study investigates long‐term effect of a low-fishmeal diet comprising plant‐based protein sources on the diversity of gut-microbiota in olive flounder. 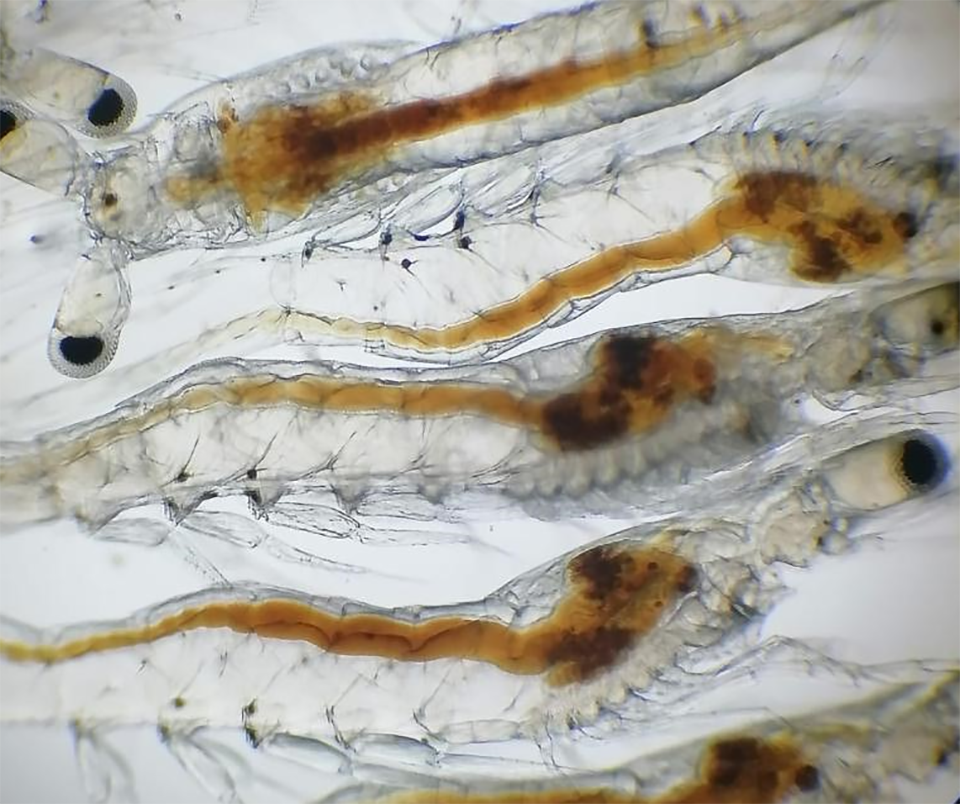 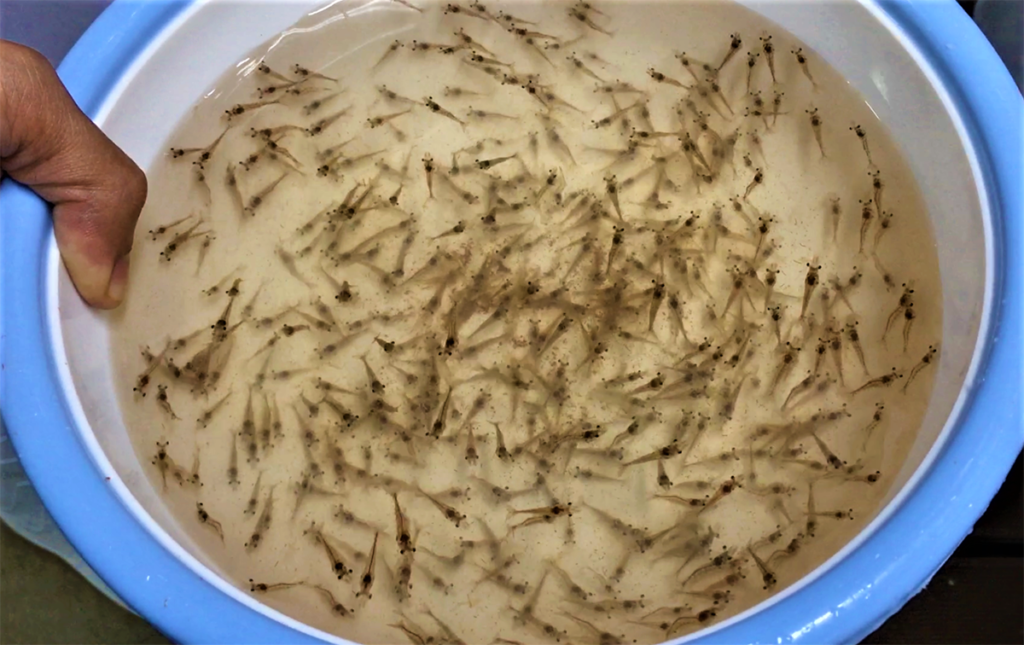