Most channel catfish are produced in ponds constructed with fixed drains that extend from the deepest part of the pond bottoms through the levees. Fish production in these ponds is conducted without draining for many production cycles. The ponds are not drained until erosion makes it necessary to renovate embankments and restore original pond depth.

At that time, seines are repeatedly pulled through the ponds until few fish remain. After final harvest, any solids suspended by seining are allowed to settle before opening the drain to release the water.

Most ponds used to produce food-sized catfish are operated for years without draining. During that time, sediment accumulates in and around internal drain structures. Upon opening the drains after fish harvesting, accumulated sediments discharge with the flush of water, resulting in high initial solids and nutrient concentrations in the effluents.

Within 30 minutes, accumulated sediment is scoured from the areas immediately surrounding drain inlets and the quality of the water discharged is nearly identical to the pond water for the remainder of pond draining, usually five or six days.

Sediment accumulates in ponds as a function of pond age, and most sediment is deposited in the deeper areas of ponds. Ponds in continuous production for long periods likely discharge high concentrations of solids for longer periods because more sediment accumulates around drainage structures, although it is unlikely this period of poor water quality exceeds 30 minutes.

Although solids concentrations are high in the initial effluents from ponds with internal drains, the duration of elevated concentrations is short. The proportion of pond volume discharged during this brief period is relatively small.

Most solids in the initial effluent are easily settled, with more than 90 percent of the material collected during the first 10 minutes settleable. After 15 minutes of discharge, the settleable fraction of the effluent is only slightly greater than that of pond water. About 40 to 60 percent of the particles in this effluent does not settle within three days. Most solids in catfish pondwater consist primarily of small phytoplankton cells that are difficult to remove by conventional settling.

The settling characteristics of discharged solids can be used to calculate the size of the sedimentation basins needed to settle solids from initial effluents. For example, the removal of 90 percent of solids from an initial effluent flowing at 5.7 to 7.6 cubic meters per minute requires a basin area that ranges 47 to 63 square meters. Removal of 95 percent of solids requires a basin area of about 95 to 126 square meters.

Nearly all ponds for channel catfish culture discharge into drainage ditches that convey effluents from ponds to receiving waters. When water is first discharged, the effluent is black with sediments. As this sediment-laden water slowly flows down a drainage ditch, changes in quality are clearly evident.

Within 100 meters of the outfall, most of the solids settle and the water becomes noticeably less turbid. After initial effluent plumes flow 150 to 200 meters downstream, nearly all solids and nutrients are removed and concentrations of those substances are actually lower than in pond water. Water quality along vegetated drainage ditches quickly assumes the characteristics of the water in the pond that is drained.

Although not designed as such, drainage ditches act as long, narrow sedimentation basins. As in the example above, removal of 95 percent of solids from initial effluent with a discharge rate of 7.6 cubic meters per minute requires a basin area of about 125 square meters. Based on an average ditch width of 1 meter, about 125 meters of ditch would be sufficient to remove nearly all solids from the initial effluent.

However, this underestimates the actual length of ditch required because flow in drainage ditches is by nature somewhat turbulent. In this example, ditch lengths of 150 to 200 meters would likely be required. 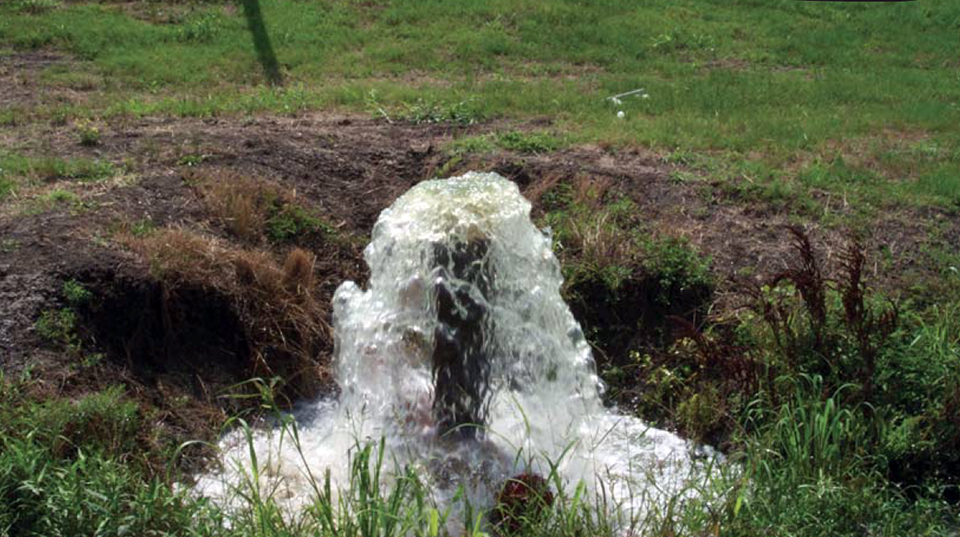 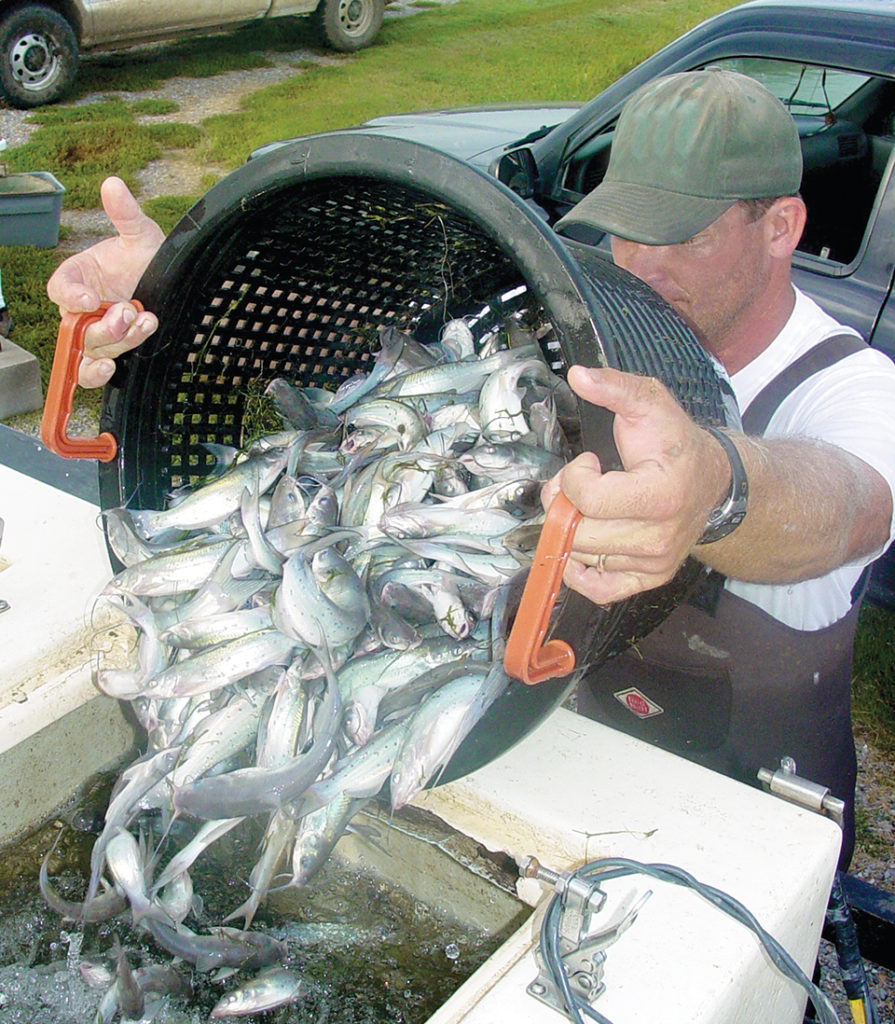 Sodium bicarbonate is a useful chemical in recirculating aquaculture systems and fish transport tanks. However, two common uses of the compound in pond culture – to remove carbon dioxide and treat off-flavors – do not work.