Astaxanthin – the feed supplement that enhances pigmentation in species like salmon, rainbow trout, Arctic char and shrimp – is currently a staple ingredient in aquafeeds. Aquaculture is driving the demand for the antioxidant-rich carotenoid, accounting for 47 percent of the $1.37 million global market.

Currently, 95 percent of available aquafeeds are made with synthetic astaxanthin but the demand for natural astaxanthin is growing due to growing demand for organically farmed fish and interest in more sustainable production – and Kuehnle AgroSystems (KAS), a Hawaiian biotechnology company, wants to dominate that market.

“I wouldn’t be too negative about the current market because there is limited choice [and] everyone is doing the best that they can with the products currently available,” explained Dr. Claude Kaplan, CEO of KAS. “But there is a strong drive and desire to use natural astaxanthin rather than using the synthetic [version].”

In natural aquatic environments, astaxanthin is found in algae. Algae produce the pigment, which gets into fish tissues during feeding. Without astaxanthin, the intense pink/red color is missing from fish tissues; producers add it to feed to ensure that farmed fish have the same color tissues as found in wild fish.

There is nothing new about natural astaxanthin. It’s well-established that the antioxidant compound can be produced using yeast or algae. Several companies have aquafeeds made with natural astaxanthin on the market: KnipBio launched an aquafeed containing natural astaxanthin made from the ​Methylobacterium extorquens bacteria in 2018, and Japan-based JX Nippon makes Panaferd, a non-GMO astaxanthin via fermentation.

The costs are high, which according to Kaplan, limits its widespread use.

“In aquaculture, the current economics [for natural astaxanthin] don’t work for many producers so they use a cheaper synthetic source,” he said.

Can astaxanthin be replaced with lutein in diets of Pacific white shrimp juveniles?

As a 2021 scientific paper in Molecules details, astaxanthin is considered the “most important and most expensive pigment used in aquaculture.” The latest data shows that it costs $1,000 to produce 1 kilogram (2.2 pounds) of synthetic astaxanthin compared to $2,500 for the same quantities of natural astaxanthin using yeast fermentation and $7,000 for algal-based astaxanthin.

KAS has patented a novel fermentation technology and algae strain to produce natural astaxanthin at scale and at a fraction of the cost of current products. Kaplan notes that KAS has been engaged in research and development for the past six years, adding that it took “a lot of little steps, [not] one massive eureka moment” to perfect the process.

KAS patented a process for the low-cost, sustainable production of microalgae. The process involves using dark fermentation and a patented strain of algae (Haematococcus pluvialis) to produce astaxanthin.

“We’re taking the exact same algae [used in the production of astaxanthin for human nutraceuticals] but we’ve changed how we grow it – to grow much more like bacteria or yeast fermentation,” Kaplan said.

Developing natural astaxanthin also led to a successful round of series A funding. In April 2022, Netherlands-based Aqua-Spark invested an undisclosed sum to help KAS scale production. (Data shows that KAS raised $3.2 million in the most recent funding round).

“We’ve looked into [investing in] alternative methods of production for about a decade but we couldn’t find something that was economically viable enough…until we came across KAS,” said Mike Velings, co-founder and managing partner of Aqua-Spark. “Their cost levels are more competitive than we’ve seen to date and we got excited about that.”

Velings admits that the market for natural astaxanthin was “niche” in the past, but the introduction of competitive products should help it expand. Even in its current state, he said: “We think [the market] is more than substantial enough to justify the investment…but what happens when there is a good alternative that’s cost competitive remains to be seen.”

Natural astaxanthin is less stable than synthetic versions during manufacturing and storage and can degrade if conditions like light and heat are suboptimal, leading to undesirable flavors and aromas. In small feed trials, KAS showed that its natural astaxanthin was effective in Atlantic salmon (Salmo salar), rainbow trout (Oncorhynchus mykiss) and Pacific white shrimp (Litopenaeus vannamei).

Large-scale feed trials are ongoing, and Kaplan believes the results of those trials will be essential for gaining market acceptance and proving it’s possible to produce a consistent product on an industrial scale.

“The salmon feed industry is a big industry and what they don’t like is variability or supply insecurity,” Kaplan said.

It will take time for the aquaculture industry to abandon synthetic astaxanthin in favor of natural pigment options – even if the natural version is produced at a cost similar to the petroleum-based product, widespread uptake will come down to price.

Even at scale, the KAS version of natural astaxanthin will never be as cheap as synthetic products (though it will come close, according to Kaplan) and even a slight difference in price will lead some producers to stick with aquafeeds containing synthetic astaxanthin.

“There is a gradual shift over from synthetic to natural [astaxanthin],” he said. ”But there are particular sections of the salmon industry that are very price-conscious and will probably always go to the cheapest feed.”

For every fish farmer, price and sustainability are their No. 1 drivers.

But there is still a large segment of the industry clamoring for a competitively priced natural alternative and KAS wants to deliver.

Currently, the microalgae products company is working on moving production from Hawaii to a manufacturing partner in Europe that can produce the ingredient at an industrial scale and plans for a 2023 commercial launch — but KAS isn’t interested in becoming an ingredient manufacturer.

The plan is to work with an undisclosed market partner (that Kapalan describes as “one of the big five companies in the aquaculture market”) and license the technologies used to produce the feed ingredient at scale.

“It took [Panaferd] nearly 15 years and an enormous amount of investment to do it,” Kaplan explained. “It requires a shift in acceptance and what we want is to work with proven players who have the market reach and can help us get there faster [so] we’re working with the whole industry to bring [natural astaxanthin] to market rather than taking 15 years trying to do it ourselves.”

Kaplan said the aquaculture industry, eager for affordable natural astaxanthin, hopes KAS succeeds in its quest to produce a cost-effective compound at an industrial scale and release it to the market.

“For every fish farmer, price and sustainability are their No. 1 drivers and therefore our product feeds into what everybody wants,” Kaplan said. “There’s enormous goodwill from the industry to see us succeed.” 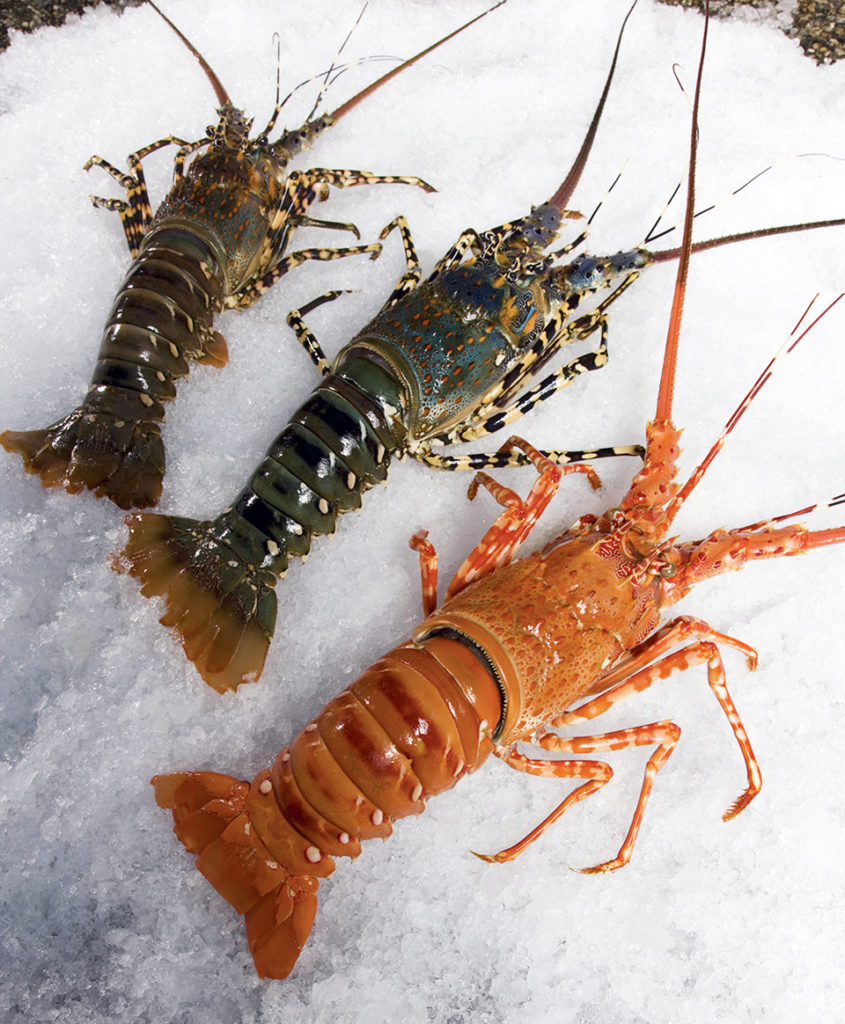 Coloration in crustaceans is affected by a combination of factors: diet, environment and genetics. The genes required for coloration are not present in any other animal, but crustaceans use them to create a variety of colors and shell patterns.