Grassy Key Aquatic Center, Inc. (GKAC) and the University of Miami combined efforts to refine aquaculture technology of mutton snapper (Lutjanus analis) and other marine fish species. A state-of-the-art hatchery was designed to produce 500,000 fingerlings per year in four production cycles. The production target is 250,000 mutton snapper fingerlings within the first two years of operation.

Salt water pumped from a 15-meter well flows through degas towers and biofilters before entering a 20-ton reservoir. From there, it is directed through the main filtration station, consisting of bag vessels with 100 μm polypropylene filter bags, 5 μm PVC cartridge filters and UV filters. Saltwater used in the phytoplankton, zooplankton and larval rearing areas is run through additional cartridge filters (1μm) and UV sterilization. Effluent water is treated using a rotating biological contactor before being discharged in a sedimentation pond.

The total volume of the larval rearing area is 30 ton, with twelve 1.5 to 3-meter diameter cylinder-conical fiberglass tanks (1-5 ton), with stocking capacity of over 2 million larvae at 75 per liter. The fingerlings area consists of fourteen 20-ton, 5-meter diameter circular fiberglass tanks, which can hold 300,000 fingerlings stocked at 1 per liter. These tanks are also used as “mesocosms” for semi-intensive larval husbandry of mutton snapper and other marine fish larvae.

The microalgae laboratory produces Isochrysis galbana (C-Iso), a strain originally isolated from Turks and Caicos, and Nannochloropsis ocullata. The indoors microalgae lab delivers 4,200 liters of C-Iso at 3 to 5 million cells per milliliter per week. Mass culture of microalgae is also conducted outdoors using 20-ton tanks. The secondary productivity section is producing 300 to 600 million rotifers (Brachionus plicatilis) per day at 300 per milliliter. To complement larval feeding, the lab is regularly inducing blooms of wild zooplankton, especially copepods of the genus Acartia. Artemia are decapsulated and hatched in 500-liter cylinder-conical “cones” and the metanauplii and sub-adult are routinely enriched.

The first experimental trial of mutton snapper, conducted to test methodology and systems as well as to train new staff and graduate students, has yielded approximately 15,000 fully weaned fingerlings. Currently, grow-out trials are being conducted with the juveniles to evaluate their aquaculture performance in terms of growth, survival and food conversion rates, and to determine the economical feasibility of the operation. Mutton snapper exhibit fast growth rates, having attained 2 to 3 inches and 5 to 10 grams in 75 days after hatching. Mutton snapper fingerlings produced at GKAC will be raised to market size in offshore cages in the Gulf of Mexico and/or the Caribbean. The operation is scaling up from the R&D to the commercial level of feasibility. 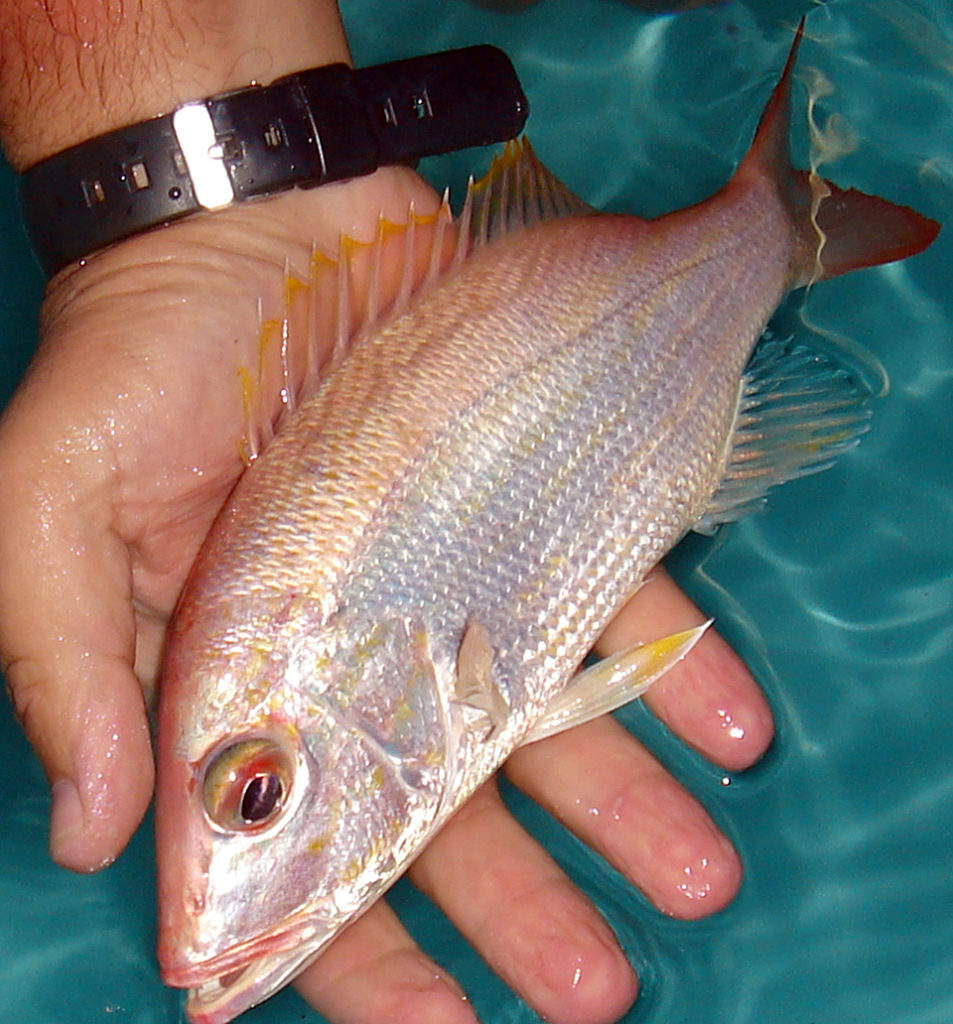 A study in Brazil indicated that mutton snappers, a high-value species that readily accepts artificial food, can grow well on diets containing high-quality plant proteins such as soy protein concentrate.

Using neon gobies in broodstock maturation tanks as a form of parasite control is an effective alternative to the use of chemical treatments. 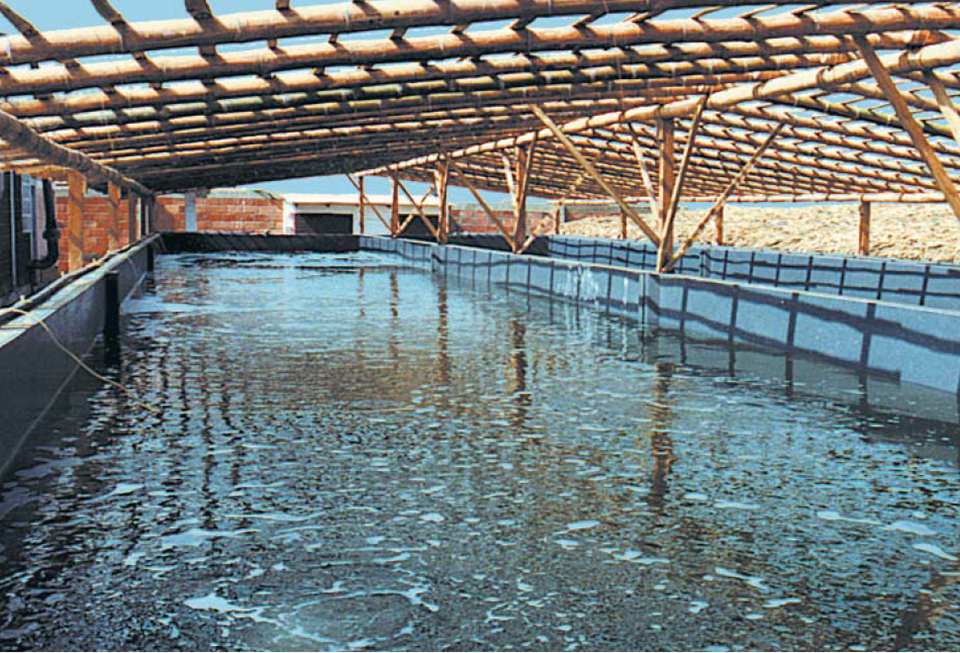 In marine fish hatcheries, a mesocosm is a tank or pond in which a natural phytoplankton or zooplankton bloom is developed prior to stocking yolk-sac larvae. 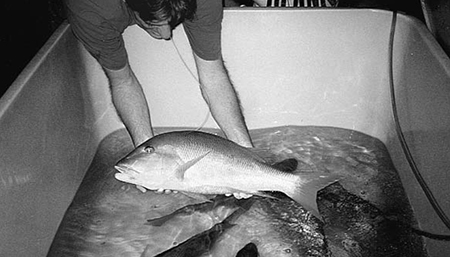 Prophylaxis and quarantine are mandatory steps prior to maturation, spawning, larval rearing and fingerling production in a marine fish hatchery.