Astaxanthin the most prevalent carotenoid in the marine environment

Carotenoids – a large, structurally diverse group of molecules that provide nutrition as well as pigmentation – are primarily produced by plants. They are ingested by animals and bioaccumulate in the food web. Some animals, such as copepods, can synthesize more-complex carotenoids from less-complex carotenoids through ingestion of a plant, fungus, or bacteria.

Carotenoids have metabolic turnover and must be supplied in the diets of animals in captivity to achieve and maintain optimal pigmentation and health benefits. Colors such as red, orange, yellow, blue, and brown are produced by the carotenoid astaxanthin and its protein and lipid complexes. Many researchers believe astaxanthin is an essential nutrient that should be supplied in aquatic diets at levels of at least 10 ppm.

The red carotenoid astaxanthin is the most prevalent carotenoid in the marine environment because all marine organisms have it as a component of their diets. In the aquatic food web, astaxanthin is produced by microalgae that are ingested by small fish and invertebrates, such as krill, which are then ingested by fish.

In the aquaculture industry, astaxanthin is commonly used as an additive in formulated aquafeeds to promote and improve the coloration of muscle – typically in salmon and shrimp. Farmed shrimp can ingest carotenoids through the natural productivity of ponds, but astaxanthin is also frequently included in finishing diets so cooked shrimp turn an attractive reddish color.

Astaxanthin has important roles in the production and health of aquatic animals. For example, some species of fish can use it as a vitamin A precursor. It is also important in the reproductive cycles of fish and shrimp, improving fertilization and survival rates during seedstock production of several commercially important species.

Astaxanthin can be derived from several sources. Krill or crawfish oils contain up to 1,200 ppm esterified astaxanthin. Commercially produced Phaffia sp. yeast isolated from trees has been mutated to produce 4,000 to 10,000 ppm free astaxanthin. Although it does not have the same chemical enantiomer structure as astaxanthin from aquatic and other sources, synthetic astaxanthin is also used in aquafeeds.

Perhaps the most natural source of astaxanthin for feed is microalgae meal, which is most similar to the natural food web.

Commonly found in pools of freshwater throughout the world, the green algae (Haematococcus pluvialis) has the highest accumulation rate of astaxanthin among microalgae. H. pluvialis algae meal contains 10,000 to 50,000 ppm astaxanthin, as well as the other carotenoids beta-carotene, canthaxanthin and lutein.

H. pluvialis meal is utilized in aquafeeds for food fish and shrimp, as well as ornamental fish species. It is most commonly used as a pigmentation source, but also increasingly as a nutrient source, particularly for broodstock feeds.

Microalgae cultivation systems vary widely from pond cultivation to automated closed systems. Within these systems, microalgae require water-soluble inorganic nutrients such as nitrate, phosphate, iron, and trace minerals. The algae produce very little solid waste, but the media they habitate contains residual inorganic nutrients that must be disposed of in a responsible manner.

Key issues for the sustainable production of microalgae are conservation of water and the control of nutrient discharges. At the Hawaii, USA, farm of Cyanotech Corp., a leading producer of natural products from microalgae, for example, astaxanthin-rich algae meal is made while conserving water and nutrients through transfer between culture systems. Water is reused through postharvest filtration, ponds are lined to prevent loss of nutrients into the ground and to protect the product, and waste solids are utilized by local farmers as agricultural soil amendments.

While varied forms of astaxanthin work well as pigment sources for fish and shrimp, astaxanthin from microalgae meal provides the extra value of being completely natural. Natural pigment sources can be aggressively promoted in some markets, allowing farmers to realize greater profits for their cultured seafood than for those pigmented with synthetic products.

The value of astaxanthin as an antioxidant for humans is only beginning to be realized, and fish pigmented with natural astaxanthin could be an excellent source of this nutrient for humans. Currently, only two astaxanthin sources are approved for direct human consumption as a supplement in the United States: krill oil and the algae H. pluvialis. 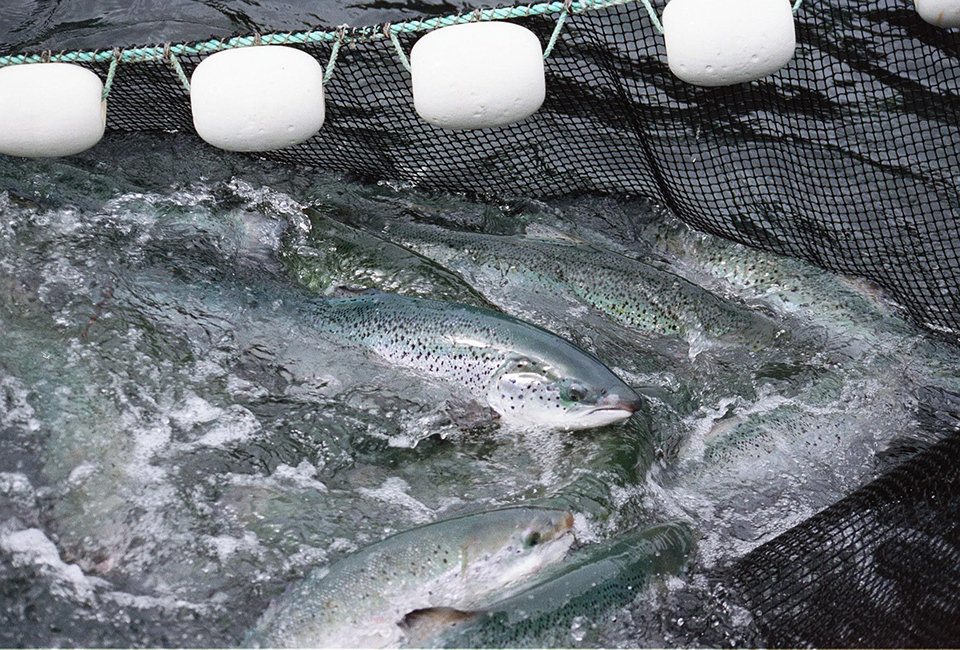 There is a widely promoted misconception that eating wild-caught fish is better for the oceans than eating farmed seafood. On a global basis, however, sustainably farmed fish may represent 60 times more efficient use of anchovies and other baitfish resources than wild fish. 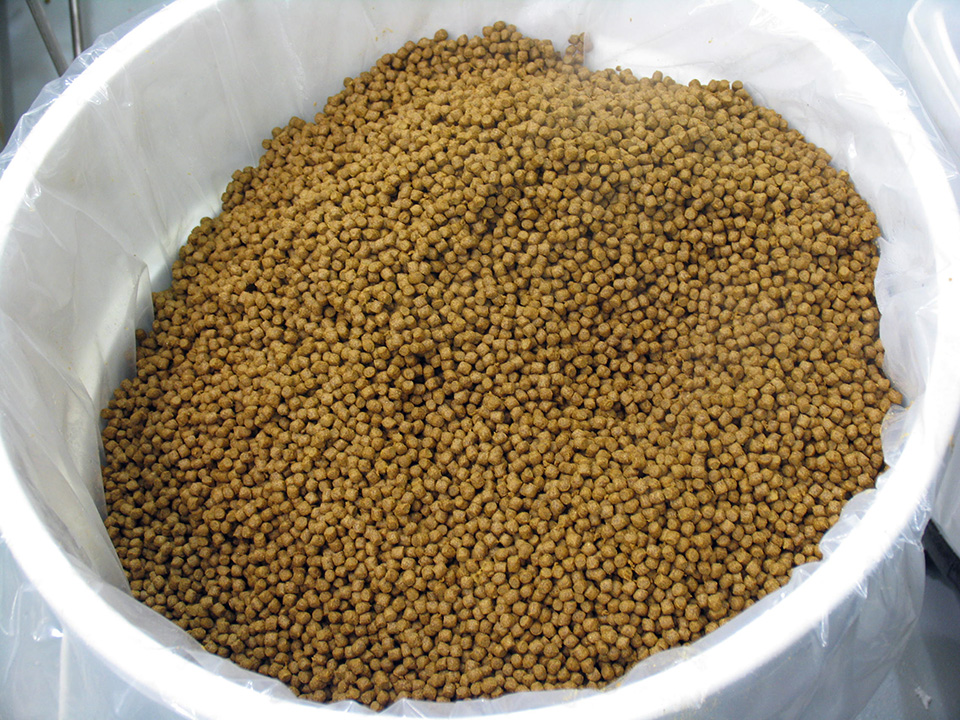 Biotechnology offers a potential avenue to overcoming the negative traits of seeds and enhancing feed performance to improve fish health.