Salmon aquaculture is shifting towards intensification and the use of closed-containment systems (CCS), which allows more control over rearing conditions and may help solve sustainability issues associated with traditional salmon farming. The freshwater phase of this strategy involves the production of larger and more robust post-smolts (up to 500 grams) in recirculation aquaculture systems (RAS), resulting in the extension of the freshwater phase inland and the reduction in the time spent at sea.

By using this approach, the industry aims to improve post-smolt performance, robustness and survival, as well as significantly reduce the impact of sustainability problems, such as sea lice infestations and other disease outbreaks, escapees and waste input in ecosystems or non-disease-related mortality of post-smolts.

However, intensification of rearing conditions in RAS has increased the incidence of male early sexual maturation, with reported percentages of early maturation ranging between 10 and 20 percent in some salmon groups raised in their new commercial RAS facility for post-smolt production in Norway. This represents a serious challenge to the success of the post-smolt production strategy because, during early sexual maturation, salmon reduce feed intake and divert existing resources for testis development, resulting in poor food conversion ratio (FCR) and reduced growth rate. In addition, mature post-smolts cannot be easily identified and culled in freshwater and often end up being transferred to the sea, where they can suffer high mortality.

In commercial facilities, salmon are normally raised in constant light (light, L; dark, D = LD24:0) from the first feeding to accelerate growth. After a period, an artificial winter signal (LD12:12) is introduced for six to eight weeks followed by six more weeks in LD24:0. Several authors have work to understand the effects of photoperiod manipulation on early maturation and smoltification of Atlantic salmon during the freshwater phase. However, none of these studies took place in RAS systems, and thus, a research gap exists on how conditions during RAS production can affect salmon performance and early maturation. Fast development under RAS conditions can lead to salmon quickly meeting the nutritional/physiological thresholds required for early maturation, which may be triggered by the LD12:12 winter signal classically used to induce smoltification.

This article – adapted and summarized from the original publication (Pino-Martínez, E., et al. 2021. The effect of photoperiod manipulation on Atlantic salmon growth, smoltification and sexual maturation: A case study of a commercial RAS. Aquaculture Research 52(6): 2593-2608) – investigated how the introduction of a LD12:12 winter signal during commercial production in RAS affects growth, smoltification and maturation of male Atlantic salmon, by assessing a series of endocrine and osmoregulatory markers. Also, a basic multivariate assessment on production data from five commercial cohorts reared in the same RAS facility was carried out to identify variables that might be most linked to early maturation during post-smolt production in RAS.

This study had two parts: The first was a case study trial that followed a salmon commercial batch designated as 721 in a large-scale RAS facility under two different light regimes, to find out differences in performance and maturation caused by photoperiod manipulation. The second part collected data recorded by the company from the last five cohorts produced in the facility (717–721) including the one followed in the trial, and using a multivariate approach, aimed to find out variables most linked with early maturation.

The trial was an observational study during commercial production of Atlantic salmon post-smolts in a large-scale RAS (Bremnes Seashore AS, Trovåg, Rogaland, Norway) and was carried out in freshwater (initial mean weight 25.0 ± 11.0 grams; final mean weight 151.1 ± 25.5 grams, Fig. 1).

We followed the commercial batch 721, which was reared from first feeding under constant photoperiod (LD24:0). Fish were fed appropriate commercial feed (Biomar) in a 24-hour cycle according to standard rearing protocols. Batch 721 was eventually divided into two subgroups, one (LL) that was maintained in LD24:0 and another (WS) that received 6 weeks winter signal (LD12:12) to induce smoltification. During this period, the WS group was fed a full ration over a 12-hour cycle. This group was later returned to LD24:0 for six more weeks, until both groups were transferred to seawater.

For detailed information on the experimental setup and animal husbandry during the trial; operation of the RAS facility; samplings; and data and statistical analyses, refer to the original publication.

Findings from the five-month trial revealed that the introduction of the LD12:12 winter signal only promoted compensatory growth and slightly better smoltification indicators, while it had no effect on early maturation for the duration of the study. Results from the multivariate assessment suggested that such lack of maturation in the cohort followed (721) might be linked to the low mean temperature and comparatively low specific growth ratio (SGR) experienced, which impaired fish to accrue required resources for maturation during the freshwater phase.

The growth-related parameters analyzed indicated that introduction of LD12:12 winter signal had no negative effect on fish growth. Fish in the WS group experienced a compensatory response in growth after an initial small delay that was most likely caused by the introduction of the shorter day length. The change in feeding regime experienced by this group (from 24 to 12 hours feeding cycle) may also be involved in this effect. However, according to other researchers, the enhancing effects of constant light on growth are so large that the photoperiod change rather than feeding is most likely responsible for the compensatory effect observed.

Compensatory growth is a well-known mechanism in Atlantic salmon, used by the species to offset the effects of periods with poor conditions for growth (low temperature, reduced light and low food availability) and restore energy reserves when there is a good opportunity. Compensatory growth has been previously observed in salmon subjected to short-day photoperiods, or food deprivation among others, with such compensatory effects being pronounced at high temperatures such as those used in RAS. The occurrence of compensatory growth in WS and the lack of significant differences in body weight among treatments suggests that introducing a 6-week LD12:12 regime to induce smoltification in RAS should not be a concern to the industry in terms of growth performance.

The introduction of the LD12:12 winter signal had positive effects on morphological and physiological changes associated with smoltification, although differences between the two treatments were not highly remarkable. We observed lower condition factor in the WS group, reflecting morphological changes associated with smoltification. Physiological parameters measured in gills also reflected better signs of smoltification in the WS group. Fish blood parameters observed in WS fish support that animals in that treatment underwent seawater adaptations better than those in the LL group.

Despite the slightly better smoltification indicators in the WS group, no significant differences in any smoltification marker occurred between treatments at any sampling, with similar patterns of variation over time observed in various gill and blood parameters. The reported signs of smoltification occurred spontaneously in LL at similar times as in WS, suggesting that seawater adaptations may have started in the whole group 721 regardless of light regime as a result of reaching a size threshold for smoltification. These results agree with those of other researchers, who suggested that a change in photoperiod may not be required for domesticated Atlantic salmon to commence smoltification.

The introduction of the LD12:12 winter signal did not promote sexual maturation for the duration of the trial. However, we observed early signs of gonad development in some fish before any photoperiod manipulation.

Results from the basic multivariate assessment pointed at temperature as the variable most linked to early maturation, closely followed by growth. Thus, commercial cohorts with higher percentage of early maturation (717, 718) were those reared under higher mean temperature and with higher mean SGR. Discriminating the individual influence of each variable on maturation is difficult given the intrinsic link between the two; however, it is likely that high temperature acted as the main driving factor for maturation by increasing the rate of development.

The lack of maturation in our trial might be related to the low average temperature experienced by the cohort followed (721) during their period in the facility (which was the lowest among all cohorts in the study), and to a lesser extent, by their relatively low SGR and high-temperature range. Supporting evidence can be found in work by other researchers, who reported the highest percentage of maturation in salmon reared at higher temperatures that also displayed the highest growth.

Nevertheless, conclusions derived from our basic multivariate assessment must be observed with caution, since the sample size was small (n = 5 cohorts), and important variables for maturation were not available to be included. A full multivariate approach might be highly useful to explore and find patterns within large datasets from aquaculture production, but a larger sample size would produce stronger and more reliable conclusions. However, the patterns observed in this analysis seem clear enough to at least point at potential risks for maturation to be investigated further.

A future and more comprehensive study that included large and standardized production data collected from RAS facilities through several years and from different companies may help understand much better early maturation in the context of commercial post-smolt production, and even help build predictive models.

The introduction of a five-week LD12:12 winter signal caused compensatory growth and positive effects on smoltification in Atlantic salmon raised in RAS, although signs of size-induced smoltification were also present to a lower extent under LD24:0. While this may indicate that there is no need of a winter signal to induce smoltification in RAS, the poor indicators observed in fish under constant light suggest otherwise.

Additionally, the winter signal had no effect on promoting early maturation, at least for the duration of the trial. Based only on these findings, an artificial winter signal would be generally recommended during post-smolt production in RAS, but its potential to cause issues with early maturation remains unclear and must not be overlooked.

To conclude with certainty that the winter signal had no effect on maturation, a longer post-smolt observation period before seawater transfer would be desirable (up to approximately 300 grams). Additionally, according to results from the basic analysis of five cohorts raised in the facility, the lack of maturation in our cohort might be linked to the temperature profile and growth pattern experienced. This may have prevented sexual maturation from occurring due to fish not reaching the required physiological threshold, thus undermining the entraining effects of photoperiod manipulation. 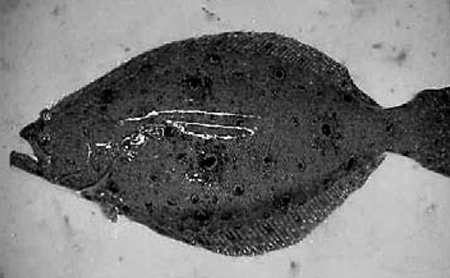 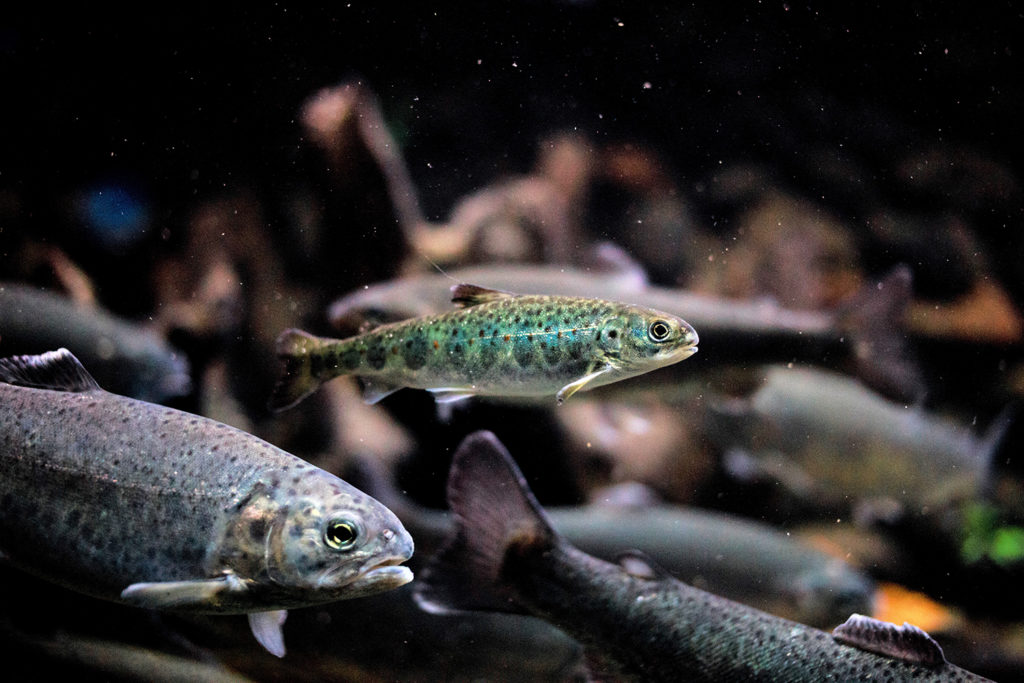 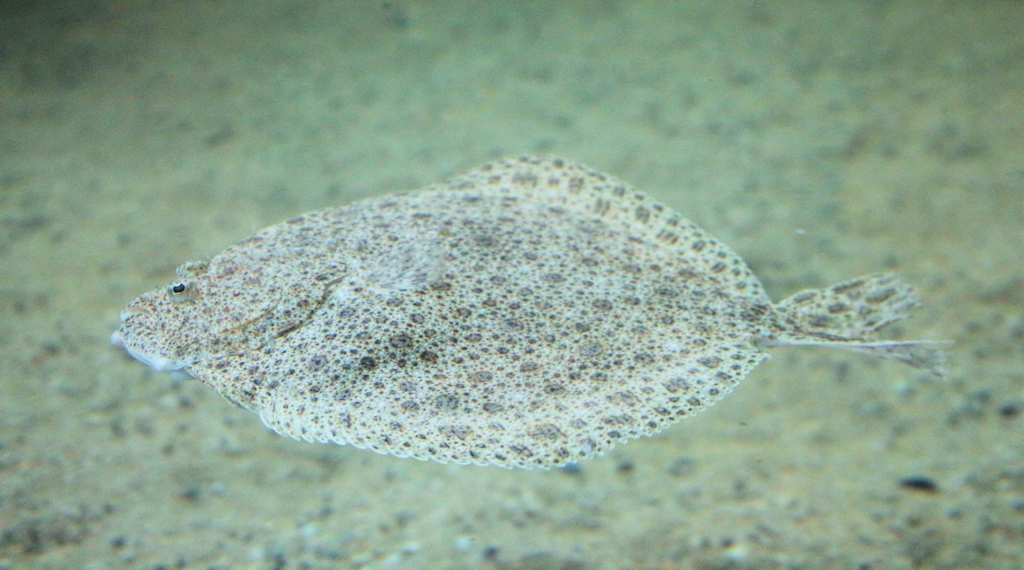