Although the nutritional and physicochemical composition of shrimp feeds plays a vital role in establishing diet quality indices for optimum animal performance, there is limited information on the quality characteristics and performance of shrimp grow-out diets manufactured in the United States. Databases on diet characteristics could be generated to provide baseline information and a reference for improving U.S. shrimp diets, and help identify priority areas for feed research.

In 2001, with support from a USDA-ARS grant, the Aquatic Feeds and Nutrition program of the Oceanic Institute (O.I.) in Hawaii, USA evaluated commercially available shrimp growout diets manufactured in the U.S. The research studied the nutrient composition, pellet water stability, leaching characteristics, and biological performance of the diets.

At the Oceanic Institute, samples of shrimp growout diets were collected from major U.S. feed manufacturers and suppliers. Out of seven companies contacted, only four responded, with a total of 15 diets received for evaluation. The diets had a pellet diameter of 2.4 mm, protein content ranging 27 to 56 percent, and fat content of 6 to 12 percent on a dry matter basis.

A four-week growth trial was conducted to evaluate the biological performance of the diets. Shrimp of about 1.38 grams were stocked in 52-liter rectangular glass aquaria using three aquaria per dietary treatment. Initial stocking density was 12 shrimp per aquarium (50 shrimp per square meter). A seawater flow-through system with 100 percent hourly water exchange and an aeration rate of three liters of air per minute was maintained throughout the trial.

All treatments were fed with a fixed ration by automatic feeders eight times daily. Shrimp were weighed at the start and end of the growth trial and evaluated for survival, final body weight, body weight increase and feed-conversion ratio (FCR).

Of the 15 diets tested, the best-performing diet from each U.S. feed company (identified as companies A, B, C and D to protect anonymity) was selected and compared with the Japanese control diet. Although very expensive (about U.S. $3.00 per kg), this control diet was used because previous growth trials at O.I. found it the best-performing commercial shrimp grow-out diet with good attractability and water stability.

The best U.S. diets had much lower protein contents, higher fat contents, and lower ash contents than the Japanese control diet (Table 1). The percentages of dry matter, protein, fat and ash remaining after two hours of leaching in saltwater are presented in Table 2.

Table 2. Composition of best-performing U.S. diets after 2 hours of leaching in saltwater.

In general, the results indicated the best shrimp grow-out diets produced in the U.S. had very good survival but relatively lower growth and higher FCR than the Japanese commercial control diet (Table 3). Although these differences (survival, growth, FCR) were not statistically significant, it is important to note that the samples tested in the study were diets available at the time of request, and did not necessarily represent the best diets produced by each U.S. feed company.

In addition, due to limited sample quantity, the comparison was based on a short indoor growth trial with no additional food from natural productivity such as that found in zero-exchange systems. Evaluation of the diets in a zero water-exchange system could yield different growth results.

Without knowledge of the ingredients and processing used in making the feeds, it is difficult to establish a consistent relationship between diet nutritional quality and shrimp biological performance. However, there is a need to continue the formulation and development of improved diets to address the requirements of evolving production systems.

Further work is recommended to evaluate and compare the performance of U.S. shrimp grow-out diets in zero-exchange systems. The information generated provides a reference for future research on shrimp feed development. 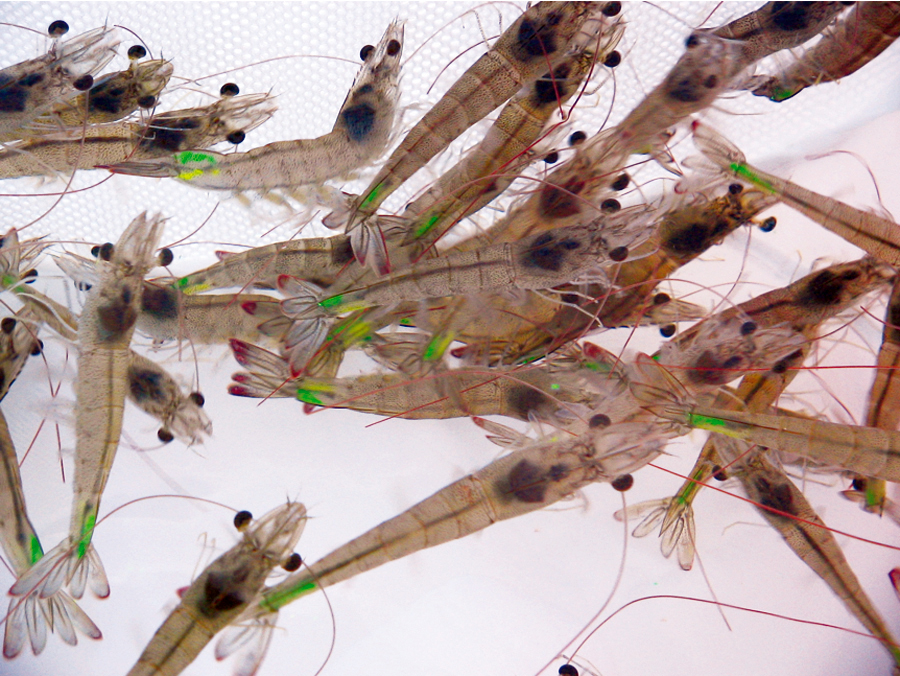 The Shrimp Book, published in 2010, brings together experts from around the world to fill the critical need for a central reference source on the state of shrimp production practices. 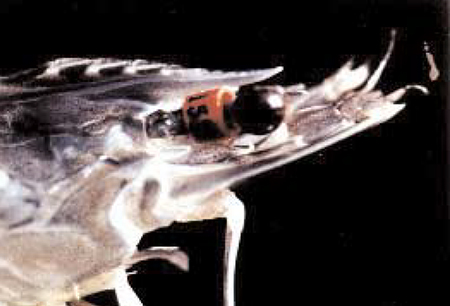 Genetic improvement of the Pacific white shrimp at The Oceanic Institute

Critical to the success of genetic improvement and the breeding program at OI is the use of specific pathogen free (SPF) shrimp stocks.