Turbot (Scophthalmus maximus) were introduced to China in 1992 and commercially produced since 1995. The high value of the fish — as high as $60/kg in the late 1990s — led to the rapid development of their aquaculture production. However, the quick growth lacked sustainability. In 2006, chemical residues were found in turbot in the Shanghai fish market. Prices for the fish dropped below $3/kg after the incident, and the industry almost crashed.

The turbot farmers who survived learned a serious lesson from the incident and started paying more attention to production practices. From that point, most turbot farmers have applied biosecurity and shifted from trash fish to manufactured feed for production.

In China, most turbot feeds contain about 50 percent crude protein and 10 percent fat. The industry commonly uses 45 to 60 percent fishmeal in the diets, since turbot are recognized as a highly carnivorous spices. Fishmeal prices increased dramatically in recent years and are expected to be higher in the future. Therefore, economical, high-quality turbot feed is needed for industry sustainability.

The formulation consideration was maximizing soy in the diet with proper nutrition for the turbot. The test diet, which contained 10 percent fishmeal and 40 percent soy protein concentrate (SPC) (Table 1), was fed twice daily. Approximately 1,000 fish were stocked in each of three tanks.

The fish grew from 167.5 to 302.5 g in 124 days, reflecting decent growth. The average feed-conversion ratio (FCR) and survival rate from two of the tanks were 1.02 and 99.8 percent, respectively. The FCR value was similar to that obtained using the commercial feed, according to the farm operator. The results indicated that proper formulation using soy protein concentrate could replace a significant quantity of the fishmeal in turbot diets.

In a 2014 study, the goal was to evaluate the growth and economic performance of turbot fed a soy-based diet with least-cost formulation. This study was also conducted at Yantai Taihua Marine Technology under the same conditions used in 2013.

Data on fish growth, FCR and economic growth performance are presented in Table 2. The turbot grew from 20 to over 110 g. The average FCRs for the 10, 21 and 50 percent fishmeal diets were 0.79, 0.78 and 0.72, respectively. The feed costs per kilogram of fish weight gain are shown in Table 3.

The ratio of animal protein to plant protein was 1:2 in the soy maximized diet and 1:1 in the soy optimized diet. Although the soy diets had different protein sources, the NFE values of the two diets were fairly similar, less than 7 percent. The study results showed no difference in fish growth performance between the diet treatments.

Using a combination of dehulled soybean meal and soy protein concentrate can effectively replace fishmeal and lower the cost of feed while achieving adequate performance in fish growth and economy. A current study is evaluating the optimized soy diet when fed to 250-g submarket-size fish grown to a market size greater than 600 g. 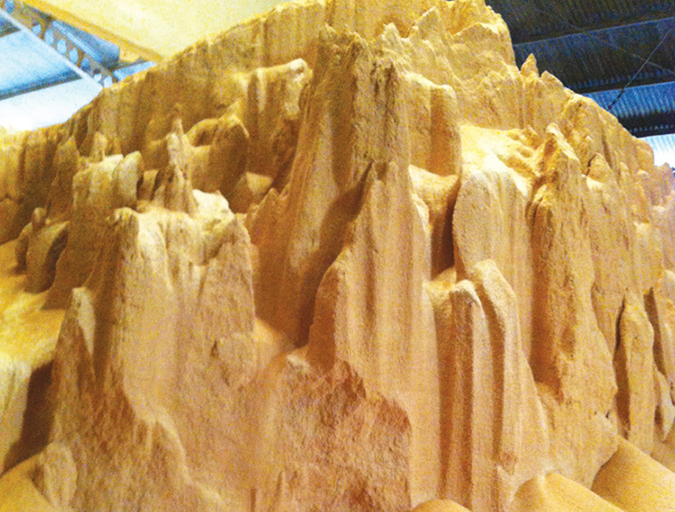