The promise of an off-the-shelf, microparticulate diet for small larval fish is one of the “holy-grails” of aquaculture. Replacing the live feed production rooms and fertilized ponds in hatcheries – for species from sea bass to walleye – with a storage room of high quality microparticulate diets will greatly increase seed production, improve hatchery consistency and lower production costs for many aquaculture species. What stands in the way of achieving this goal?

Clearly, more digestion is occurring than at firstfirst feeding. Fig. 3 was taken prior to metamorphosis, 39 days after first-feeding (Approximately 700 day-degrees degrees-C post spawn). Note that the eye is just starting to migrate and the gut has developed further.

The feces are well homogenized, with most of the nauplii broken down. Concentrated droplets of oil and the nearly empty exoskeletons of the artemia are still visible. Looking at the development series depicted in these photographs, it is obvious that early in the larval period, very little of the structural (mostly protein) components of the feed are digested, while later on these components are digested quite well.

We have investigated nutrient assimilation in the laboratory and attempted to quantify the uptake of various nutrient forms. We found that the early larval gut assimilates aminoacids and peptides (the building blocks of proteins) with much higher efficiency than intact protein.

Zooplankton, the natural food of almost all larval fishes, contains a very high percentage of free aminoacids. First feeding larvae may be obtaining a significant portion of their aminoacids by simply killing the zooplanktor in the gut and waiting for the free aminoacids to leak out. Most microparticles do a relatively poor job of retaining small molecular weight nutrients such as vitamins and free aminoacids.

Fig. 4 shows the leaching curves for methionine (a free amino acid) from four common microparticles. The majority of the methionine, and presumably other small molecular weight nutrients, leach out before the first sample can be taken. This means that, by the time the larval fish eats a microparticle, most of the nutrients have already leached out.

Microparticulate diets – the next generation

So far, only lipid-walled capsules have been shown to retain small molecular weight compounds once placed into the water. Unfortunately, there are problems with lipid-walled capsules as complete diets, because they typically contain 60 percent or more lipids around a relatively small liquid core.

Other particles, especially those produced by PARA (Particle- Assisted Rotational Agglomeration) and MEM (Micro- Extrusion Marumerization), and gel types can be formulated to be highly nutritious for later larvae, but suffer from leaching of small nutrients that are likely necessary for firstfeeding larvae.

To take advantage of the benefits of each type of particle, the next generation of microparticulate diets will likely combine several particle types into one “complex” or “compound” microparticle. These diets will be made up of “inclusion particles” (such as the lipid-walled capsule) imbedded into “carrier particles” (such as PARA, MEM or gel types), much the same way that nuts are imbedded into muffins.

The inclusion particles will contain a concentrated solution of low molecular weight nutrients protected from leaching by an appropriate coating. These inclusion particles need to be manufactured so that they will survive the process of being added to the carrier particle but be released in the larval gut. The carrier particles will contain all the protein, lipids, and other nutrients that become more important as the larval gut develops.

Current research to develop these compound particles is somewhat stalled in the USA, because the priorities for funding agencies have shifted away from improving production technologies and towards sustainable codes of practice, environmental effects of aquaculture and siting considerations. Hopefully, the pendulum will swing back to favor larval diet work in the not too distant future. When it does, expect to see some exciting results with compound microparticulate diets! 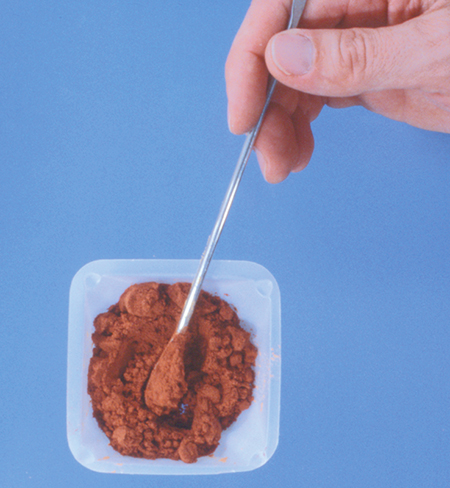 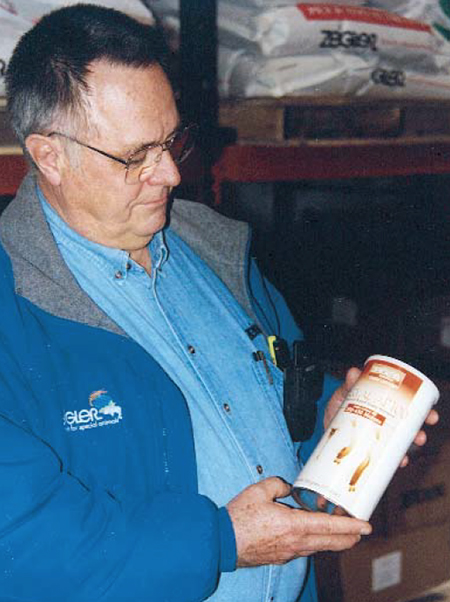 Traditionally, live foods such as diatoms and the brine shrimp artemia have been used in shrimp larviculture.