In the last four decades, shrimp aquaculture has become an important industry that provides jobs for millions of people around the world, especially in countries with large coastal boundaries. While the shrimp industry continues to expand, the sustainability of shrimp aquaculture has been threatened by the onset of diseases. Likewise, the subjective use of antibiotics to prevent these diseases has led to the emergence of several resistant pathogens in aquaculture.

The concept of functional aquafeeds is an emerging paradigm in the aquaculture industry that has become effective and that develops diets that, in addition to help provide a balanced nutrition,  also include some additives that effectively help improve health and disease resistance of the cultured organisms. Among the most commonly used preventive strategies to replace the use of antibiotics is the use of vaccines in fish and dietary supplements of probiotics, prebiotics and immunostimulants for most aquaculture species.

Immunostimulants are a valid alternative to optimize resistance against infectious diseases by improving the innate mechanisms of humoral and cellular defense. Several types of substances have been used as immunostimulants, but only a few have been used in aquaculture. Beta glucans are the main components of the cell wall of various plants, fungi, yeasts, bacteria and algae. But they have been commonly used only from the cell walls of  Baker’s yeast (Saccharomyces cerevisiae), characterized by presenting β- (1, 3) bonds that branch with the β- (1, 6) bonds. However, beta glucans derived from different sources have differences in their structure that may affect their extraction, their mode of action and effectiveness.

Microalgae are a single source of several bioactive compounds that are now being used commercially. Through a patented process (AquastemTM), Kemin Industries, Inc. has developed a concentrated form of beta glucans with more than 90 percent of linear chains that has a greater affinity to immune cell receptors. The product has a characteristic presentation and is produced from Euglena gracilis – a freshwater species of single-celled alga – in a small particle size (1-3 µ) that favors its dispersion and effectiveness when included in aquafeed formulations.

Few studies have been conducted to evaluate the effect of linear beta-glucans β-1, 3 derived from algae in the Pacific white shrimp (Litopenaeus vannamei). This article – adapted from the original at Aquacultura No. 131, October 2019 – reports on the results of research to determine the effect on shrimp in terms of growth, survival and immune status of different doses of this linear algae beta glucans under laboratory conditions in Thailand, and on performance under farm conditions in in India.

This study was conducted at the Nutrition and Food Laboratory, Department of Aquaculture, Faculty of Fisheries, Kasetsart University in Bangkok, Thailand. The experiment was set up in a complete randomized design of five treatments with 10 replicates (Table 1), and carried out using glass aquaria, each 100-L containing 60-L of brackish (15 ppt) water. Juvenile white shrimp (~ 0.01 grams) were stocked at a density of 50 individuals/aquarium (equivalent to 833 shrimp per cubic meter).

Table 1. Treatments groups were based on a complete randomized design.

The experimental diets were fed to shrimp 5 times a day at 5 to 8 percent body weight for 60 days. The starter diets (39.38 percent protein, 6.6 percent lipids, with 2.45 percent lysine and 0.85 percent methionine) were prepared two weeks before the test. The ingredients were mixed homogeneously and then ground to 100 to 150 microns. Water was then added before passing through a Hobart mill to form granules, which were dried in a hot air oven and then ground to an appropriate size of 500 microns, 750 microns, 1 mm and 1.5 mm. All diets were then labeled and stored in plastic bags at room temperature.

Table 2. Experimental control formula used in the study. The different doses of linear beta glucans were additionally complemented on top).

Sampling for shrimp weights was done monthly, recording the final body weight (FBW), Feed Conversion Rates (FCR) and survival rates (SR). Shrimp health and immune status were assessed at the end of the study by total hemocyte count (THC), with hemolymph samples collected using insulin syringes and puncturing the first abdominal segment; an EDTA solution was used to prevent coagulation. A Neubauer camera and a binocular microscope at 400 X were used for counts. Statistical differences between treatments were calculated using the Duncan test. Alphabetic notation was used to mark the differences at a significant level (p value <0.05) when they were present.

The statistical analysis found no statistically significant differences (p > 0.05). However, there were some interesting numerical trends from which we concluded that – between growth and survival in relation to the applied doses – an approximate bell shape was maintained with optimal doses around 250 grams per ton. Figs. 1 and 2 show the final weights and final survival of the shrimp after 60 days of culture at stocking densities of 830 shrimp per cubic meter.

Regarding the feed conversions, no significant differences were found. However, even though  the dose effects did not have a really clear pattern, the control treatment had the highest FCR  and the treatment with the lowest FCR was the one with inclusion of 250 grams per ton of the  commercial, linear beta glucan. Also, the low survival rates could have affected the final FCR values.

Hemocytes are immune cells in shrimp and other crustaceans, and their numbers reflect the immune status of the animal, with a low concentration of hemocytes with respect to normal values being correlated with reduced resistance to attacks by pathogens. Based on our results, significant differences (p <0.05) were observed between the treatments applied in terms of total hemocyte counts.

These results offer a valuable guide on the use of algae-sourced, linear beta glucans in shrimp aquafeeds. The significant increase in total hemocyte count with continuous beta glucan supplementation suggests that the immune system of L. vannamei was activated, and with an optimal effect at an inclusion level of 250 g/ton. Additionally, because the best growth, feed conversion and survival rates showed a similar trend at this inclusion rate, we believe that that the immune response achieved by a continuous supply of the beta glucan product was well controlled.

At higher doses, this positive and controlled effect could be reversed. This is a common observation for immunostimulants, since at higher doses the energy needed to keep the immune system activated (immunity cost) could become too high and counterproductive. One option could be to apply higher doses only as a preventive action for recurrent or expected pathological events at a certain average shrimp weight or against some imminent environmental condition of extreme stress that is predictable, such as seasonal changes. But this should be done only by a sporadic treatment instead of the continuous treatment that was applied in our present trial. An example of pulsed or sporadic application of linear algae beta glucans is briefly reviewed below.

The trial was conducted at a commercial farm in Kaikaluru, Andhra Pradesh, India. The ponds selected for the study had 55 days of culture and the duration of the trial was 4 weeks. The algae-sourced, linear beta glucan was weighed and mixed at the farm with a commercial shrimp feed using a local gel binder at 5 kg per ton (5 grams per kg) of feed twice a day, and sporadically applied twice per week in the ponds following standard feeding practices. Feed consumption was verified using feeding trays after one hour of feeding, and ponds were checked for shrimp mortalities.

The stocking density of the treatment pond was 106,667 PLs/acre (26.4 PL per square meter) while the control pond had a stocking density of 97,778 PLs/acre (24.2 PL per square meter). Body weight measurement were performed using a suspended quadrant scale, capturing 30-50 shrimp from the verification tray taken at 3 locations in each pond, and captured animals were weighed to determine average weights. Commercial water analysis kits were used to monitor dissolved oxygen, ammonia and nitrate levels.

The trial began with animals of similar weights, and the end of the test period a higher final average weight (7.2 percent) was evident in the algal-sourced beta glucan treatment pond compared to the control group.

The results obtained in the continuous evaluation of feed consumption in feeding trays also showed a clear tendency of more consumption in the treatment with beta glucans. We assume that, more than an effect of attractability or palatability of the product, precisely because it is applied in a sporadic way, the higher consumption of feed was associated with a better sanitary condition of the shrimp, demonstrating that it did not exert any adverse effect on the high dose applied.

Our test results both at the commercial trial in India and at the laboratory test in Thailand showed the benefit of inclusion of algae-sourced linear beta glucans to L. vannamei growth and survival. What dose to apply would depend on whether the treated feeds are applied in a continuous or sporadic manner.

Based on lab and field results, the algae-sourced, linear beta glucans seem to have a strong effect on the shrimp, and we believe that the cost of application could be reduced by using a low inclusion level with a high concentration of beta-glucans (≥50 percent) in a fine powder presentation. 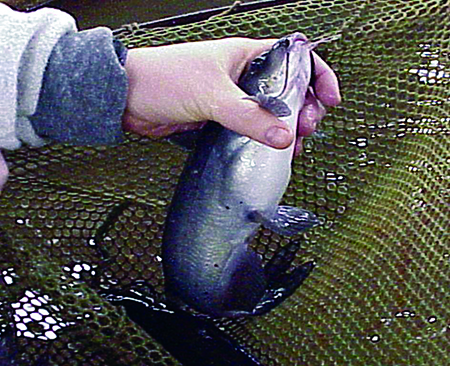 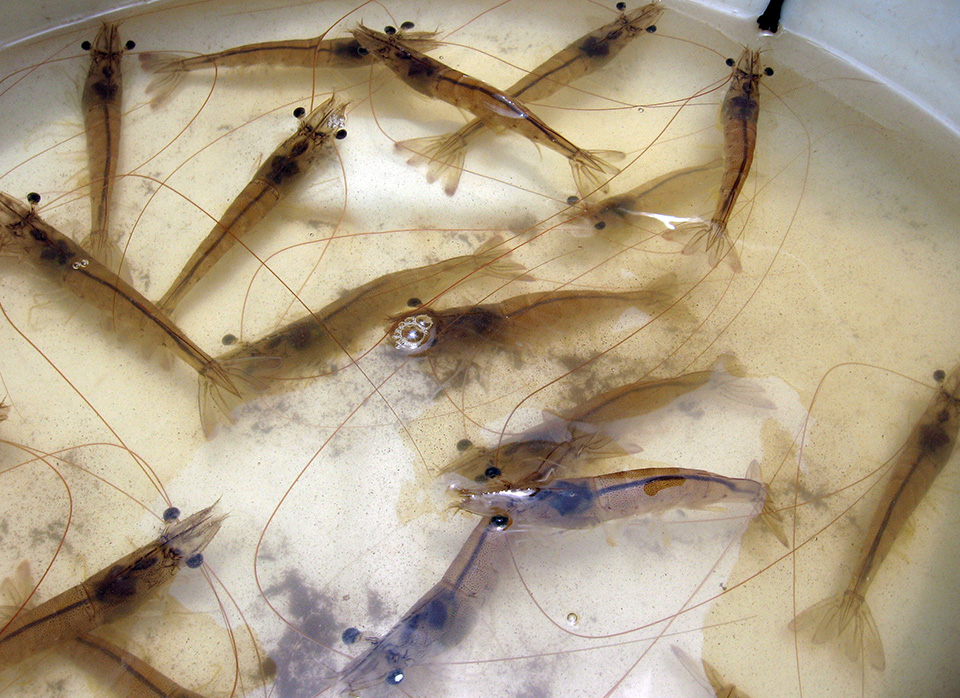 Shrimp do not produce antibodies and therefore do not remember prior exposure to pathogens, a critical component of long-term protective immunity. 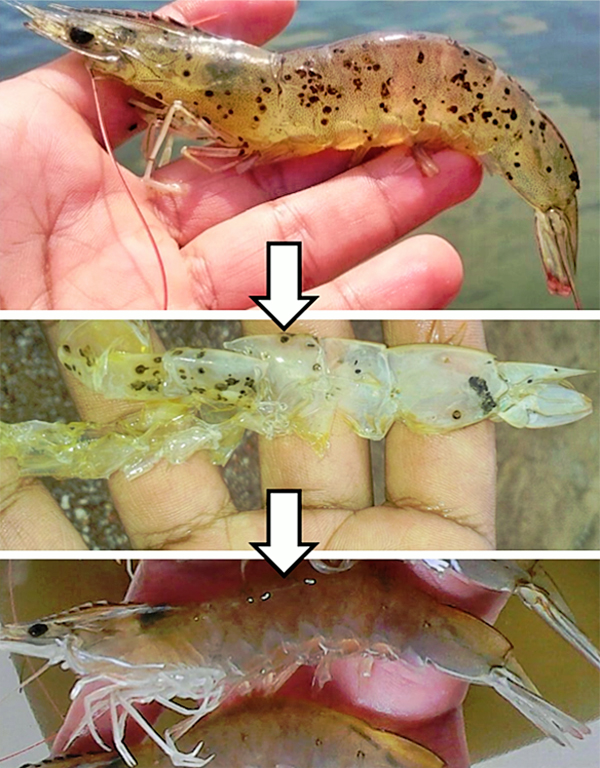 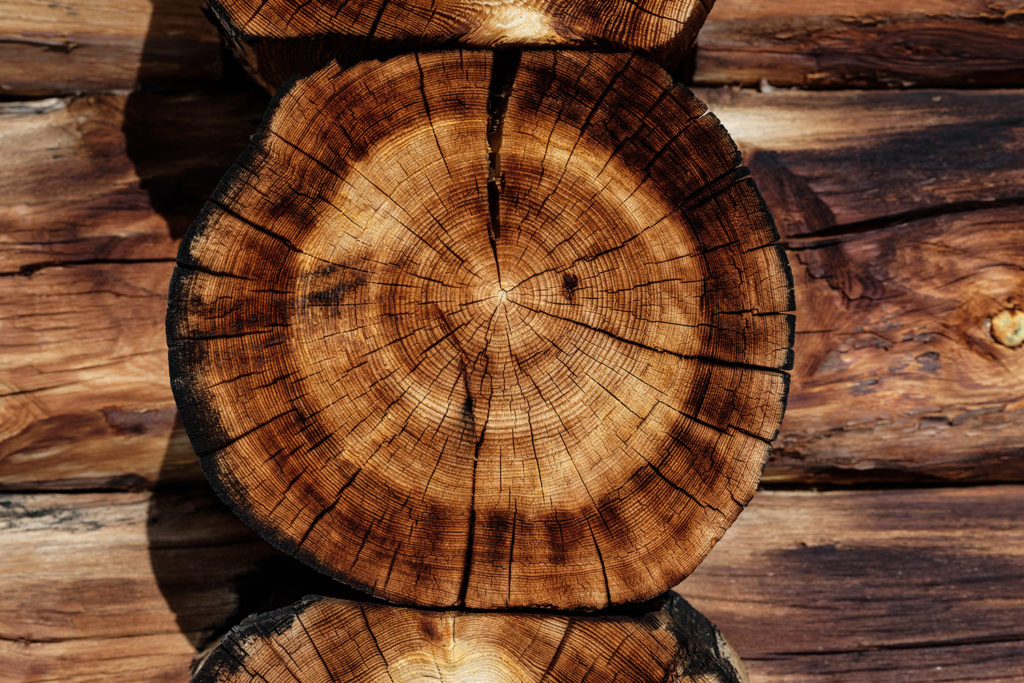 Wood you believe it – a fish feed ingredient from the forest?

Arbiom hopes to ride the wave of interest in novel feed ingredients and expand production of a nutrient-rich protein meal made from wood residues.