The Cortez flounder (Paralichthys aestuarius), a member of the family Paralichthyidae, has a pointed head with both eyes on the left side. With its large canine teeth, it is an opportunistic predator that feeds on a variety of organisms such as crustaceans, squid, octopus, benthic worms and other fish.

Adult Cortez flounders can reach a length of about 60 cm. The eye side of the body is a uniform chocolate brown with ocelli, while the blind side is pale. The fish are found on sandy and muddy bottoms, usually at depths up to 45 m.

Cortez flounders are distributed throughout the Sea of Cortez in northwest Mexico, where they support a local commercial fishery with captures that peak from May to July. The flounders also inhabit the southern portion of the Pacific side of Baja California. In combination with other flatfish, annual fishery landings of flounders in the state of Sonora, Mexico, were around 1,000 metric tons (MT) until 2007, but it is perceived that landings have declined since then.

The Cortez flounder is a popular fish species in northwestern Mexico, where the fish are usually sold in fillet form in the well-established market. Like many other flounders around the world, the quality of its meat is top rated.

After disease outbreaks reduced the formerly prosperous local production of farmed shrimp, the development of marine fish culture is currently a priority for governmental agencies and research institutions in Mexico, with flatfish considered one of the main species with aquaculture potential.

The authors believe farmed P. aestuarius would be welcomed not only in the domestic fish market, but also as an export product. Their preliminary work on the culture of this species can lead to further investigations of the aquaculture potential of Cortez flounders.

Taking advantage of the availability of wild juvenile Cortez flounders on the coast of Sonora during the winter months, approximately 70 fish with body weights ranging from 2.0 to 75.3 grams were caught with cast nets in December 2010 near the Kino Bay Experiment Station (KBES) of the University of Sonora.

The fish were transferred to a recirculating aquaculture system (RAS) at KBES that consisted of 24 circular 250-L plastic tanks equipped with mechanical and biological filtration, ultraviolet chambers for water disinfection and aeration. Water temperatures were maintained between 24 and 26 degrees-C. Stocked at a rate of 3 fish/tank, the flounders were alternately offered fresh, chopped squid muscle and a commercial extruded feed for marine fish with 38.6 percent protein.

During the first two days of captivity, the fish did not eat. After this time, many fish started to selectively feed on squid. The extruded feed was then mixed with squid muscle and its juices in an attempt to make the feed more attractive to fish. By day 15, most of the fish accepted the squid and the feed. By approximately day 20, fish ate the extruded feed without it being mixed with squid. Almost no fish mortalities were recorded over 30 days. These results encouraged a subsequent test to examine the growth rate of this species in captivity.

To evaluate the growth response of the Cortez flounders, a new group of juvenile fish was captured in March 2011 at the previous location. After a 25-day period, during which the new fish adapted to eating only dry feed, fish of homogeneous size and overall mean weight of 66.2 grams were stocked into the RAS at a rate of 4 fish/tank.

They were fed an experimental feed containing 45 percent crude protein for eight weeks. The daily ration was divided into two portions, one fed in the morning and one in the afternoon. Adequate levels of physicochemical parameters for fish culture were maintained throughout the trial, with dissolved-oxygen levels above 4 mg/L and a mean water temperature of 28.4 degrees-C. Mean values for salinity, pH and total ammonia nitrogen were 37.2 ppt, 7.8, and 0.1 mg/L, respectively.

On commercial feed, the flounders had mean survival of 87.5 ± 13.7 percent, mean daily weight gain of 0.4 ± 0.2 grams and a specific growth rate of 1.0 ± 0.5 percent/day. Individual daily weight gains were as low as 0.1 and as high as 1.0 grams, while daily specific growth rates ranged from 0.1 to 2.1 percent of body weight. The fact that the fish were wild caught explains, to a large extent, the variations in the data.

However, it was encouraging to see the growth values at the high end of the data range, which compare favorably with the growth reported for other flounders being cultured at commercial scale around the world, such as the Japanese flounder and turbot. 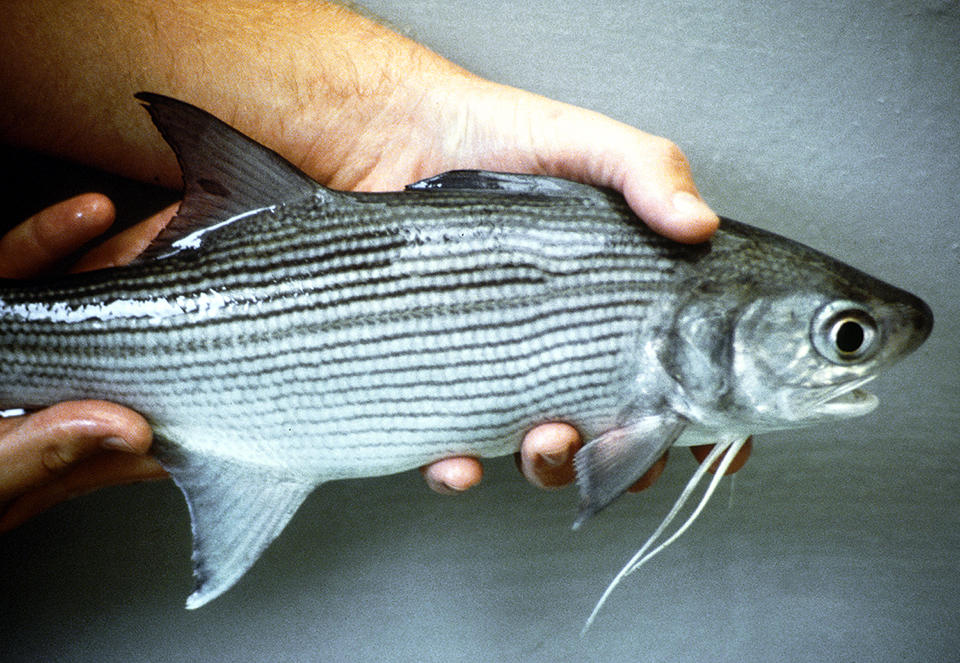