Biological filtration is one of the critical required unit processes in the filtration portion of a recirculating aquaculture system (RAS). The biofilter provides a location where nitrifying bacteria can reside and is the primary site within the RAS where biological nitrification occurs.

Nitrifying bacteria utilize dissolved nitrogenous waste products excreted by the aquatic organisms being cultured. All cultured organisms, vertebrates or invertebrates, finfish or shellfish, produce waste as a result of feeding. Finfish excrete ammonia, mostly from their gills, which dissolves in the water in which the fish live. This waste product is toxic to the fish and is an environmental stressor that causes reduced appetite, reduced growth rate and the potential of death at high concentrations.

Fortunately, naturally occurring bacteria can oxidize the ammonia, utilize it for growth and convert it to nitrite-nitrogen. This is an aerobic process that consumes dissolved oxygen from the water.

The bacteria that convert ammonia to nitrite collectively fall within the Nitrosomonas genus. Like ammonia, the nitrite produced by these bacteria is toxic to aquatic organisms and must be oxidized further to a less-toxic form of nitrogen. This is accomplished by naturally occurring bacteria of the Nitrobacter genus. These bacteria metabolize and oxidize the nitrite and convert it to nitrate. Oxygen is also consumed in the creation of nitrate. Nitrate, the end product of the conversion of ammonia and nitrite, is relatively non-toxic at the 50-200 mg/L levels usually found in an RAS.

An excellent, detailed discussion of nitrifying bacteria and the nitrification process can be found in “A Closer Look at the Bacteriology of Nitrification,” an article by Daniel Hagopian and John Riley published in the October 1998 Aquacultural Engineering.

Biological filter media is made from non-corrosive material such as plastic, fiberglass, ceramic, clay or rock that has large amounts of surface area nitrifying bacteria cells can colonize. To make biofilters more compact, material that has a large surface area per unit volume is usually chosen. This unit of measure is usually referred to as the specific surface area (SSA) of the media.

Simply stated, the more surface area that is available, the more bacteria cells can be grown, and a greater nitrification capacity can be achieved, translating to higher system feed rate capabilities. While biofilter media with a higher SSA are more compact, keep in mind that some biofilter media with higher SSA can become clogged with bacteria. Thus, there must be a balance between a high SSA and an operationally reliable biofilter with self-cleaning properties.

Nitrifying bacteria cells grow on all surfaces of the biological filter media, as well as on all wet surfaces of the system, such as the insides of pipes and tank walls. The nitrification attributed to bacteria located other than in the biofilter is often referred to as “passive nitrification,” which can contribute up to 10 percent of the total nitrification within an RAS. Bacteria follow a continual cycle of growing and multiplying, maturing and dying, and sloughing off the media and being replaced by new cells.

Whichever method is used to add bacteria to a system, there is always the danger of introducing pathogens. The choice of method should be evaluated as part of the overall facility management and biosecurity plan.

A number of prepared mixes of cultured nitrifying bacteria are available from suppliers for both freshwater and marine applications. These are available as dry powders or concentrated liquid suspensions. They may arrive as a chilled culture along with the inorganic chemicals needed for their initial nutrition as they become established.

Although they are not essential, these bacterial preparations can shorten the time it takes to establish the biofilter. When using these preparations, follow the manufacturers’ recommendations. Some operators report, and researchers have experienced, that bacterial cultures are essential for starting biofilters under brackish water or marine culture conditions with salinity above 15 ppt.

One strategy for starting a biofilter, sometimes called the “cold start” method, involves stocking the cultured product you intend to market without having an activated biofilter. This is a risky practice, and operators must be prepared to deal with rapid increases in ammonia and nitrite concentrations through water exchanges. Feeding must be reduced or suspended until the biofilter activation is complete.

The cold start method has the advantage of using the bacteria that entered the system with the first animals introduced, as the bacteria must have been well-suited to the conditions from which those animals came. However, this passive biofilter activation can be a slow and stressful process for the animals and the system operator.

A more desirable method is to develop the nitrifying bacteria within the biofilter before stocking. Initial seeding and culturing of nitrifying bacteria reduces stress on the newly introduced stock, shortens the growing cycle with higher feed rates from the first day of stocking and creates better water quality, which improves health, growth rates and survival.

Note: This article is based on “How to Start a Biofilter,” a fact sheet by the authors published by the United States Department of Agriculture Southern Regional Aquaculture Center (SRAC Publication 4502, 2012). 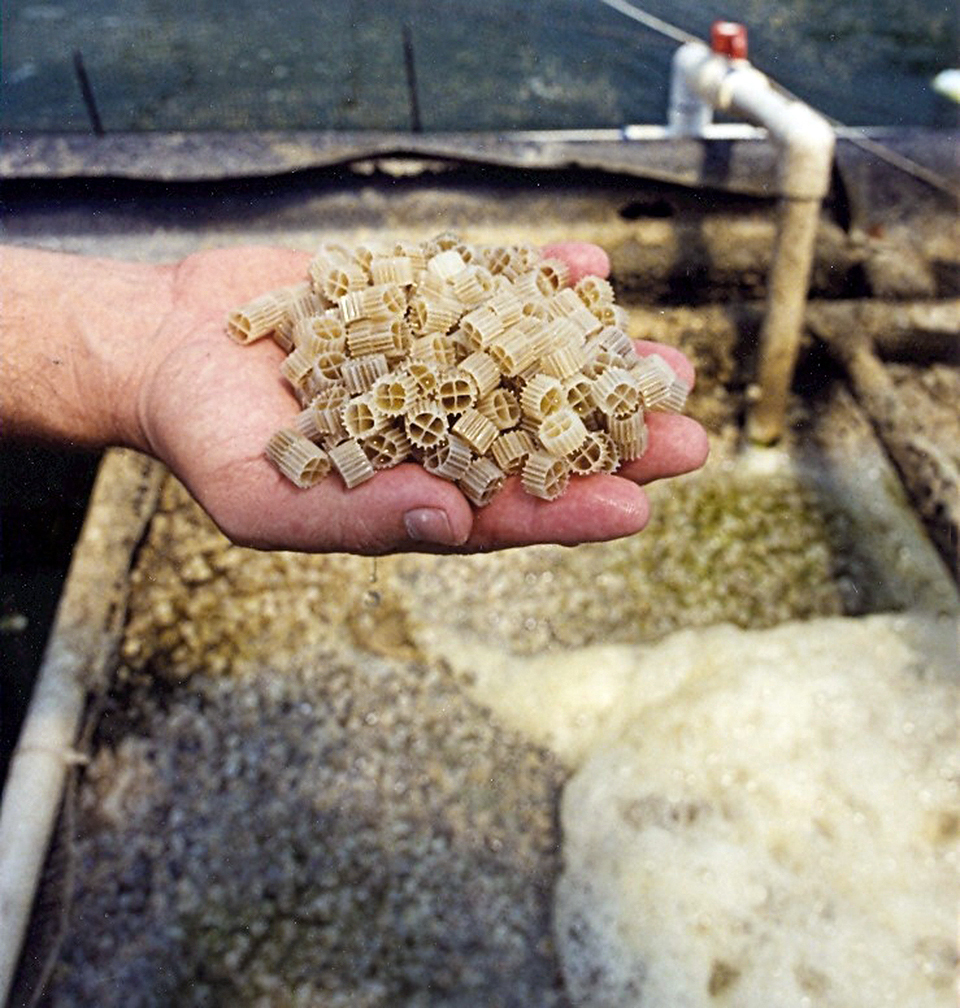