The goal of aquafeed manufacturing is to maximize the availability of nutrients to aquatic animals in a cost-effective and environmentally responsible manner. This is especially relevant to the use of phosphorus in commercial production feeds for marine penaeid shrimp.

Phosphorus is the most expensive mineral supplement in aquatic feeds, and its oversupplementation in feeds results in reduced cost benefits because its utilization is typically reduced as dietary levels increase. Unconsumed phosphorus can result in nutrient loading of culture systems and aquaculture receiving streams.

Another issue related to environmental concerns is that although the shrimp-farming industry is improving the sustainability of shrimp feeds through replacement of animal- with plant-protein sources, the relatively poor availability of phosphorus in feed grains is a problem.

The use of more-digestible, inorganic forms of phosphorus partially solves this problem, but with increased feed costs. One approach to mitigating this dilemma could be the improvement of phosphorus bioavailability in feed grains.

Most production formulas for shrimp are supplemented with inorganic phosphorus. This is because a high percentage of the phosphorus in feed grains is bound to phytic acid, a myoinositol ring-structured molecule. Phytic acid is classified as an antinutritional factor, meaning that most monogastric animals can not utilize the phosphorus it contains. Thus, only free forms of phosphorus are considered digestible.

Experimental feeds containing phytate have been shown to reduce mineral availability in rainbow trout, channel catfish, carp, and tilapia. Phytate can also form complexes with proteins and reduce the availability of amino acids.

Dietary inclusion of the enzyme phytase is one means whereby the availability of phosphorus can be improved in plant protein-based feeds. When seeds germinate, the myoinositol ring is broken down by endogenous phytase enzymes, releasing phosphorus and minerals to the seedling.

The phytase molecule is commonly found in two forms derived from fungi: 3- and 6-phytase. In the presence of water, these enzymes hydrolyze phytic acid, releasing inorganic phosphorus from the 3- and/or 6-carbon of the myoinositol ring. The pH optimum for activity of 3-phytase is 5.5 to 6.5, whereas that of 6-phytase is about 4.5.

Phytase is commercially available as a liquid or powder, and at various levels of activity expressed in phytase units (FTU) per kilogram. Because of the differences in optimum pH for phytase forms, many researchers have questioned its efficacy in feeds for marine shrimp. This is due to the slightly basic 7.2 to 7.4 pH of the shrimp gut.

Because grains are not found in the marine environment, no natural selection has occurred for this enzyme in shrimp. As a result, shrimp do not have phytase activity in their guts. Thus, to increase the availability of phytate-phosphorus, an extrinsic source of phytase is required.

Because almost all commercial shrimp production feeds are manufactured at high temperatures of 90 to 135 degrees-C, there has been some concern regarding the heat stability of phytase. Most phytases have temperature optimums in the 45 to 60 degrees-C range.

Table 1. Phytate-phosphorus percentage of total phosphorus and phytase activity of various feed grains and their derivatives.

Phytase is routinely added to terrestrial feeds at about 180 grams for every 5 to 6 kg of supplemented inorganic phosphorus. The rate of incorporation of phytase depends upon the degree to which one desires reduction of nutrients in feces, and economic considerations. Research has shown that in terrestrial animals, the addition of dietary phytase can increase phosphorus availability by 15 to 35 percent and improve average daily weight gain, feed intake, and feed conversion.

Phytase research in finfish feed is somewhat more advanced than for marine shrimp, possibly due to finfish possessing a more acidic gut pH in combination with their acceptance of more grain-based feeds.

Very few digestibility or growth trial studies have been conducted with phytase-supplemented feeds offered to marine penaeid shrimp. In 1998, researchers at the Oceanic Institute in Hawaii, USA, studied the in vitro interaction of phytase on trypsin and amylase extracted from the hepatopancreas of Pacific white shrimp (Litopenaeus vannamei). Proteolysis of soybean meal protein measured as tryptic acid activity increased linearly with increasing phytase units, indicating that phytase could exert an indirect but positive effect on protein hydrolysis.

Also in 1998, researchers at the University of Texas Marine Science Institute Fisheries and Mariculture Laboratory in Texas, USA, determined that a soybean meal-based practical basal diet was deficient in phosphorus and that supplementation of the diet with 600 FTU per gram phytase produced a moderate improvement in feed performance.

In 2004, researchers at the Universidad Autonoma de Nuevo Leon in Monterey, Mexico, fed Pacific white shrimp a diet containing 40 percent pea protein flour as the primary source of phosphorus. The dry matter, protein, and phosphorus digestibilities of this feed were lower when compared to one in which 1,000 FTU per gram phytase was supplemented.

Also in 2004, phytase research was undertaken at the Texas Agricultural Experiment Station Shrimp Mariculture Project (TAES-SMP) in Texas, USA, in which juvenile Pacific white shrimp were fed a basal diet containing 31 percent soybean meal and 0.70 percent total phosphorus, to which graded levels of phytase were added. Phytase addition to the basal diet had no significant effect on shrimp growth.

However, shrimp offered a control feed supplemented with 1.92 percent inorganic phosphorus had a significantly greater final weight than those fed the diet without phosphorus supplementation (0.70 percent). This indicated the basal diet was deficient in available phosphorus.

The researchers postulated that phytate-phosphorus was either not available or the phytase only partially hydrolyzed the phytic acid and released only a small amount of phosphorus. The released phosphorus may not have been adequate to produce a growth effect. Perhaps the slightly basic digestive system of L. vannamei did not provide an optimal pH for phytase activity, which when combined with the rapid rate of feed passage might not have allowed adequate time for the hydrolysis of phytate phosphorus.

The primary objective of another recent study at TAES-SMP was to identify potential limiting nutrients in practical L. vannamei feeds containing only renewable plant ingredients. A practical basal diet was formulated to contain 3 percent dibasic calcium phosphate. The performance of shrimp offered this diet was compared to one in which phosphate was removed and various phytase levels up to 2,000 FTU per kilogram were added. No significant differences were found in mean final weight, yield, survival, or feed conversion between shrimp fed the phosphorus-replete and 0 FTU per kilogram phytase replacement diets, indicating the feed was not deficient in phosphorus.

Research currently being completed at TAES-SMP is evaluating both digestibility and growth rates in juvenile L. vannamei offered feeds with graded levels of phytase activity. Results of this research are pending journal acceptance.

Probably the most difficult task undertaken in research to determine the effects of phytase on the growth of shrimp regards achieving an adequate reduction in available phosphorus in the untreated control diet. Many studies have postulated that this issue was responsible for the lack of significant differences in growth of treatment and control shrimp.

This is especially relevant when evaluating grain-based feeds containing ingredients with substantial inherent phytase activity. In all cases, the phytase activity of feeds should be determined beforehand.

Another difficulty lies in the high variance of results shown by the procedures used to determine phytase activity in ingredients and feeds. Purported levels are no substitute for actual values, especially in statistical analysis. Other issues include the liquid or dry phytase form used to prepare test feeds, the actual activity of the supplemented phytase, and the half-life of the phytase source. The phytase content in feed and manufacturing process used are additional factors.

More research is needed on the supplementation with phytase of grain-based shrimp aquafeeds before its economic efficacy can be fully determined. Greater efficacy of treatment in shrimp feeds could be observed upon the identification of a phytase form whose optimal pH approximates the gut pH of marine penaeid shrimp. 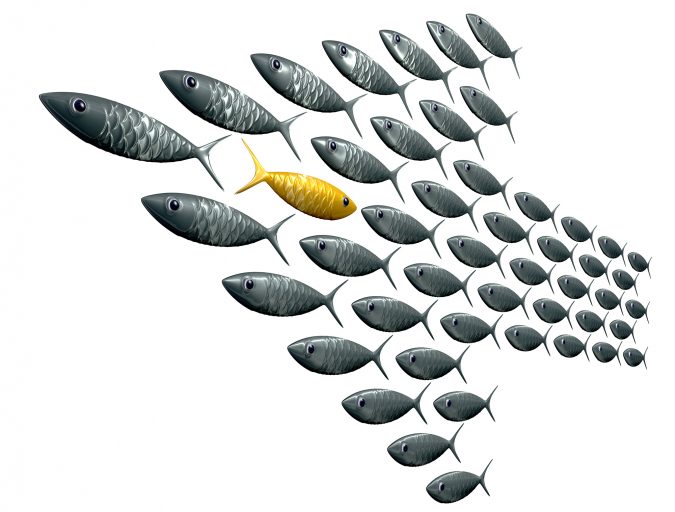 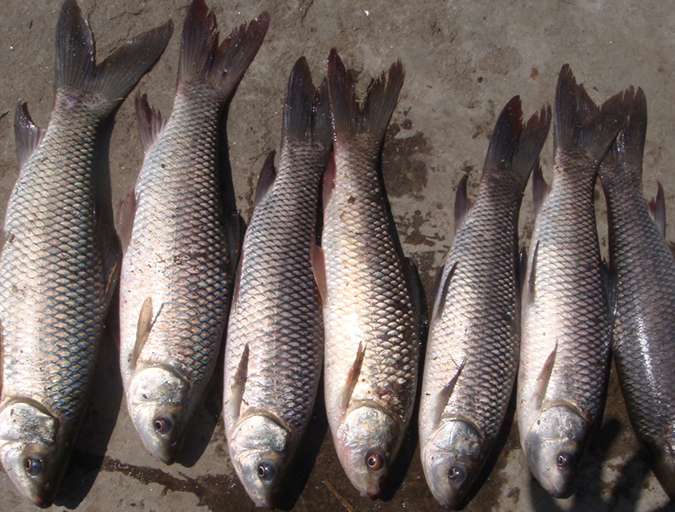 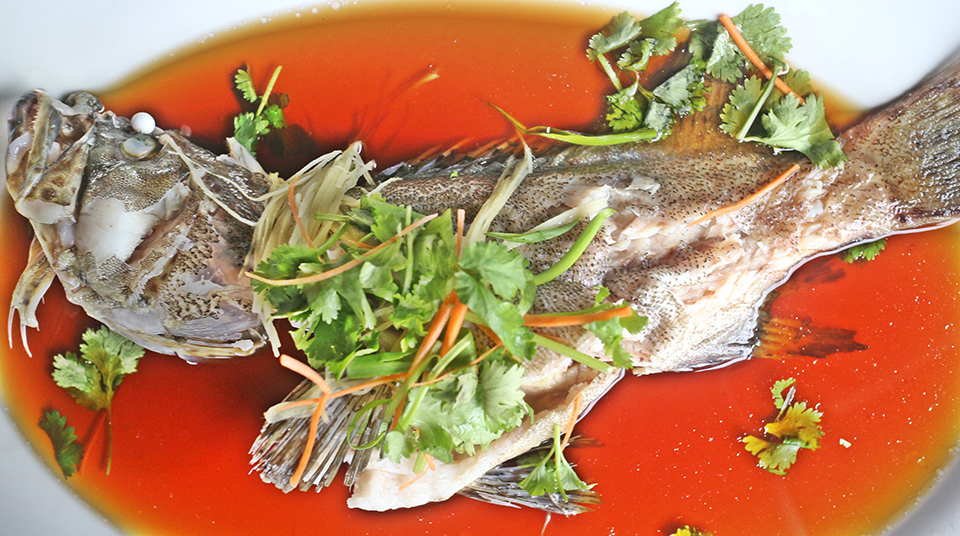