Improving the survival, growth in outdoor tank culture of the Indian major carp

Carps (family Cyprinidae) comprise the most important group of aquaculture species globally in volume production, and the Indian major carp rohu (Labeo rohita) is one of the most popular species, particularly in various Asian countries. Adults can reach a length of up to 2 meters and a weight of up to 45 kilograms, and can command high market prices.

Global production in 2012, according to the United Nations’ Food and Agriculture Organization, exceeded 1.5 million metric tons (MT). However, high mortality (70 to 80 percent) during its early stages — due mostly to the unavailability of suitable feeds and various bacterial pathogens — limits the availability of fry and is a major obstacle for the expansion of rohu culture. In addition, early juveniles lack necessary digestive enzymes to properly digest feeds.

Recent research has looked at using probiotics with the potential to control pathogens and improve rohu production. Probiotics (live bacteria and yeasts) have proven health benefits for hosts. Some probiotics can compete with dietary-dependent pathogenic bacteria and the supplementation of putative probiotics helps to better utilize feeds, thus enhancing animal growth. The efficacy of probiotics is affected by the types and species of probiotic bacteria and their culture conditions, species of fish and/or their life stages, climatic conditions and locations. There is a need for more practical field research under varying culture conditions and using different life stages of the targeted cultured species.

Probiotics can enhance disease resistance and could be alternatives to antibiotics and other drugs. Most probiotic studies typically use only a single strain and under laboratory conditions and information on research on combinations of different probiotics is scant. Therefore, our research work described here used diets with different combinations of multi-strain probiotics to evaluate their potential benefits in outdoor experiments involving three stages of juvenile rohu, including hatchlings, fry and advanced fry. The original research paper is available in Aquaculture 435 (2015) 475–479.

Three consecutive and separate experiments, each one lasting for 30 days, were conducted at the Institute of Agriculture and Animal Science (IAAS), in Rampur, Chitwan (Nepal). Rohu hatchlings (eight days old), fry (38 days old) and advanced fry (68 days old) were stocked into 16 fine-meshed, 1m3 hapas. Four hapas were placed in each of four outdoor, 4.9×4.9×1.5 m concrete tanks. Previously, the tanks had been completely drained and dried for about two weeks, and filled with tap water to 1.3 meters prior to stocking the test fish. Weekly additions of water compensated evaporation losses. The experimental design used a completely randomized block design (RCBD), with four treatments in each tank replicated four times.

About 300,000 four-day old rohu hatchlings from the Fishery Development Center, Bhandara, Chitwan, were transported in oxygenated polythene bags to the research site. They were acclimated in a separate tank for four days and fed three times a day with chicken eggs and a local dairy product. On days 3 and 4 during acclimatization, the hatchlings were fed a basal feed (10 kg/million fish) with an egg only. About 50 percent of the water in the tank was exchanged daily. For the first experiment, after four days of acclimatization, physically active hatchlings (average weight of 2.1-2.2 mg each) were randomly selected and distributed into 16 fine mesh, nylon hapas (1m3) installed in four outdoor concrete tanks, at an initial stocking density of 1,000 per hapa. Hapas were covered by fine nylon net on top to prevent fish from jumping out and for protection from predators.

In Experiment II, 38-day old fry (average weight of 0.15 grams) from the original stock and kept separately were randomly selected and stocked at a density of 300 per hapa, in similar fashion. In Experiment III, 68-day old advanced fry (avg. wt. 0.94-0.95 g) were stocked at 200 fish/m3 in fine mesh hapas installed separately in the same outdoor concrete tanks.

The proximate analysis of the basal feed showed 24.4 percent crude protein, 8.0 percent crude fat, 3.9 percent crude fiber, 11.6 percent ash and moisture 10.3 percent. In Experiment I, the multi-strain probiotics were added with basal dry feed using their standard recommended doses (1 g/kg, T2), (1.5 g/kg, T3) and (1 g/kg, T4). The basal feed was used as control (T1) diet.  Each of these feeds with mixed probiotics was provided three times a day (10 kg/million hatchlings) for the first week, 15 kg/million for the second week and 20 kg/million for the third and fourth weeks.

Water quality parameters were monitored weekly and remained adequate for the animals well-being: water temperature ranged from 24.7 to 31.2° C, pH from 7.5 to 9.1, dissolved oxygen from 4.0 to 7.9 mg/L, and Secchi disk transparency from 100 to 84 cm.

About 50 percent survival of hatchlings was achieved in the present study even in the control group, which is reasonably higher as compared to the survival (20 to 30 percent) normally obtained in Asian countries. More importantly, all the three probiotics tested improved survival during this hatchling stage.

The experiments were conducted in hapas; thus the survival of hatchlings was found higher as compared to the normal practices in hatcheries in Nepal. In the present study, improved survival (up to 75 percent) might be due to their positive actions on digestibility of nutrients in feed and also enhanced immunity in hatchlings.

Our results indicate that probiotics with bacteria and yeast can improve survival because they can enhance the immunity of hatchlings, and that alpha amylase and seaweed powder can have a pronounced effect. To improve rohu growth, digestive enzymes such as amylase that catalyzes the starch and phytase that breaks down the phytic acid and releases the phosphorous from organic acids are imperative. In the case of older fry (38 to 68 days old), the results showed that probiotics do not improve even survival possibly because fry have higher immunity at later stages especially after the age of 40 days. Probiotics still can improve the growth of fry until the age of two months. After the fry reached over two months, the selected probiotics affected neither survival nor growth, probably because older fry might have adequate immunity and a well-developed digestive system.

The results of this study demonstrated that dietary supplementation of multi-strain probiotics can improve both survival and growth of rohu at hatchling stages i.e. during the first month of rearing. Their positive effects on the growth still continue to the fry stage (up to 60 days)

without affecting the survival. These positive effects on growth and survival do not remain at later developmental stages, particularly after about two months. Therefore, the dietary supplementation of the multi-strain probiotics together with amylase and phytase enzymes and seaweed used for this experiment is recommended to improve survival and growth of rohu hatchlings and fry for nursing in outdoor hapas up to two months. Additional research is needed to examine and evaluate the effects of varying doses of these probiotics, as well as combination of other probiotics. 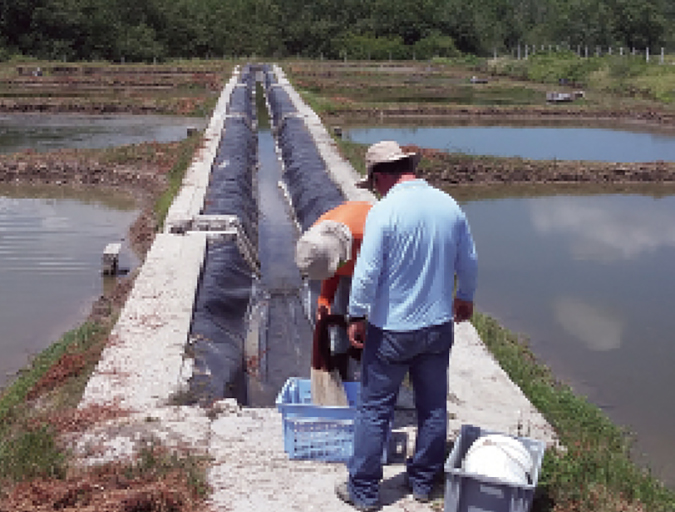 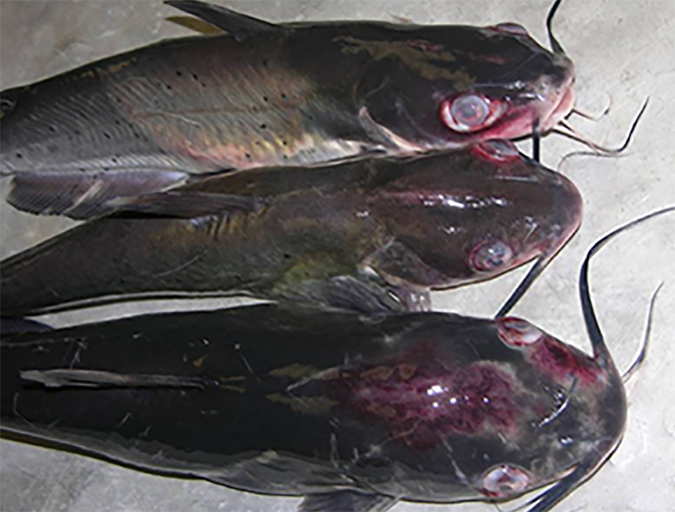