As sea lice, algal blooms, temperature fluctuations and fish escapes continue to challenge salmon farmers, new cage systems have been created to address and surmount these concerns. Trondheim, Norway-based FiiZK’s semi-closed containment system (SCCS) is much like a land-based system at sea, with a cage containing a solid outer wall. Meanwhile, Kvarøy Arctic is building a new land-based facility with flow-through construction that will be up to 30 percent cheaper than a recirculating aquaculture system (RAS) when it is completed.

FiiZK worked with Cermaq Norway from 2018 until 2020 to develop and implement its first SCCS, which is essentially a large, water-pressurized bag made of a flexible polymer material that creates an impenetrable barrier between the open ocean and the inside of the pen.

The cage has a sensor network that monitors the cage environment and its outside surroundings, and a control system that operates the cage. Able to add oxygen to the cage as needed, the innovative system has deep sea water intake pumps and exit ports on the bag liner through which water exits. Water exchanges within the system in less than an hour and the depth of the intake potentially eliminates the risk of harmful algae and sea lice entering the system.

Cermaq Norway, the only company to have trialed the cage to date, found that the SCCS eliminated the transfer of lice from wild salmon to the farmed populations and resulted in faster fish growth and better overall performance.

Magnus Stendal, business development manager at FiiZK, attributes the faster fish growth to the absence of the lice, thus eliminating the need for expensive and potentially stress-inducing treatments. What’s more, the high, stable oxygen levels in the cage allow a greater water quality control, a reduction in harmful plankton and a constant current pattern inside the cage.

FiiZK will be shipping five cages to another Norwegian customer in the spring and Stendal said salmon and trout producers will have a choice of cages ranging in size from 10,000 cubic meters up to 30,000 cubic meters, depending on their production volume. The company aims to establish a local supply chain for the SCCS in Canada and plans to open an office in British Columbia in early 2021.

Cermaq Canada purchased a SCCS from FiiZK in early 2020 and had it shipped to the company’s Millar Channel farm site near Campbell River, British Columbia. The SCCS system and its supporting infrastructure cost (U.S.) $4.3 million, roughly five times the cost of a traditional system, said David Kiemele, managing director of Cermaq Canada. A pilot trial currently in progress will determine the system’s feasibility in Canadian waters and analyze fish performance in the SCCS compared to control groups stocked in a traditional pen system.

“We’re launching the trial to understand how these systems work in Canadian waters and the unique needs of our British Columbia operations and conditions,” Kiemele said. “We know innovative infrastructure and farming techniques will be important to the future of salmon farming in British Columbia and while we’re just at the start of the trial, we’re hopeful that we will see promising results across a wide range of performance criteria.” The trial will be completed in summer 2022, he added.

The timing throws the trial into question given the December 2020 federal decision to phase out fish farms in the Discovery Islands region of British Columbia by June 2022, putting some 1,500 jobs at risk. Kiemele was among other signatories in a letter to federal Fisheries Minister Bernadette Jordan, objecting to a decision that industry stakeholders called “shocking.”

Going with the flow

Back in Norway, construction began on Kvarøy Arctic’s new land-based facility in fall 2020 and CEO Alf-Gøran Knutsen told the Advocate that phase one will be completed in 2023, which will be followed by two more phases before full production is possible. The project, called Arctic Seafarm, is located on the coastline and uses flow-through construction to retrieve cold, clean water from 80 meters below sea level, a depth at which no sea lice are present. The water is filtered for sediment and treated with UV light before entering the system where it maintains a consistent temperature all year round, creating optimal growth conditions for the fish.

“We selected flow-through because of its similarities to the ocean environment and the ability to mitigate pests like sea lice, algal blooms and control the water temperature,” Knutsen said. Fish waste will be collected and used as biofuel to power well boats and trucks.

At full production of 15,000 metric tons, the land-based facility, designed specifically for salmon production, will cost $133 million. “That’s 20 to 30 percent cheaper than a RAS and the biological risk is also reduced,” Knutsen said. “We’ve focused on making this project as close as possible to what we do on sea, ensuring that fish health is our No. 1 focus. It will cost extra, but that is how we’ve gotten to where we are now.”

He added that while the company will share what it can about the project, it has no intention of facilitating additional projects for other clients or investing in other facilities. 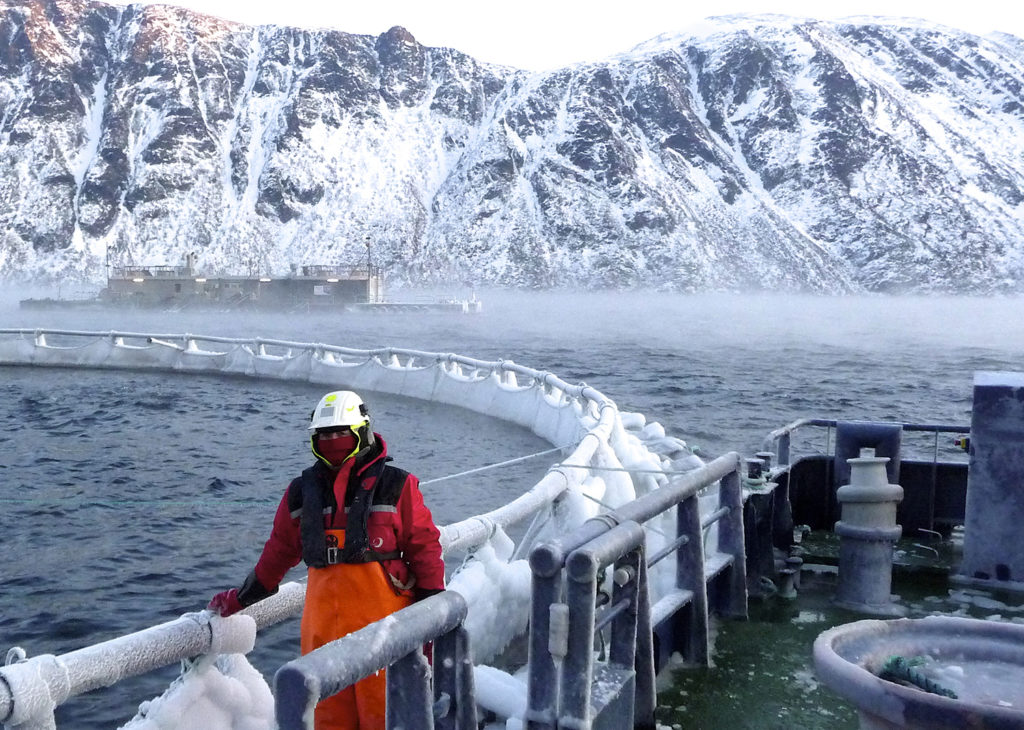 ScootScience, a data management, analytics and underwater forecasting company, is helping a B.C. salmon farmer mitigate the impacts of nature. 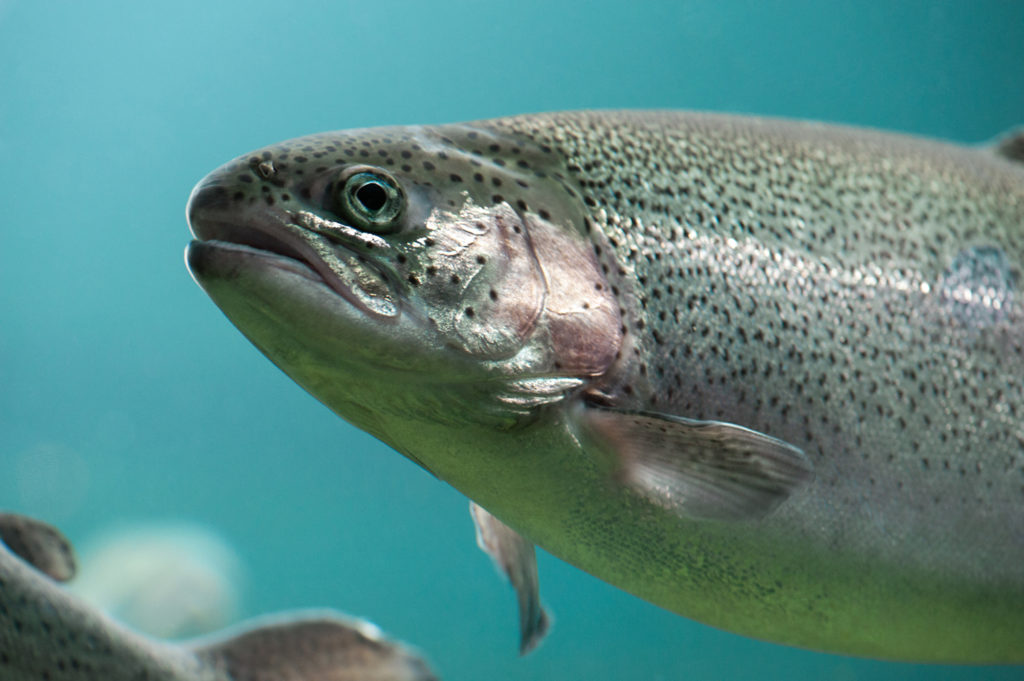 Cooke Aquaculture Pacific is awaiting approval to farm a species native to Washington at Puget Sound sites where it previously produced Atlantic salmon.