Reducing the cost of shrimp feeds – a major production cost – is important for shrimp farmers. Efforts are ongoing in many places to reduce the inclusion of fishmeal, one of the more expensive ingredients, in feeds by replacing it with suitable plant protein sources.

Corn gluten, the protein fraction of corn, may be used as a fishmeal replacement. The byproduct of the starch manufacture industry has high crude protein levels that match those of fishmeal, but is deficient in some of the essential amino acids (Table 1) when compared to fishmeal.

The authors recently conducted a study at the Central Institute of Brackishwater Aquaculture in Chennai, India, that replaced fishmeal with corn gluten in feed formulations for Indian white shrimp (Fenneropenaeus indicus), which are cultured on the east and west coasts of India.

During the 45-day laboratory feeding trial, 10 juvenile Indian white shrimp of about 2.75 grams each were stocked in oval 500-l fiber-reinforced plastic tanks containing seawater (30±2.0‰; 26 ± 0.1 degrees-C) at 3 tanks per treatment. The shrimp were fed to satiation at 5 to 8 percent body weight per day in the morning and evening. Leftover feed was collected, dried, and consolidated. Leftover amounts were subtracted from the initial quantities to compute feed gain ratio (FGR). A daily 40 percent water exchange used fresh seawater after removing sediments.

The results of the feed trial (Table 2) showed that the control diet produced a weight increase of 4.68 grams and FGR of 1.86. The feeds with 5 and 10 percent replacement of fishmeal with corn gluten generated similar performance and were not significantly different from those for the control diet. The feed with 15 percent replacement of fishmeal, however, produced significantly poorer results, with weight gain of 4.53 grams and FGR of 2.51.

Even though the corn gluten contained crude protein almost on par with the protein content of the fishmeal, the corn gluten was deficient in certain essential amino acids, especially arginine and lysine, when compared to fishmeal. These amino acids appeared to be limiting in the diet with 15 percent fishmeal replacement. 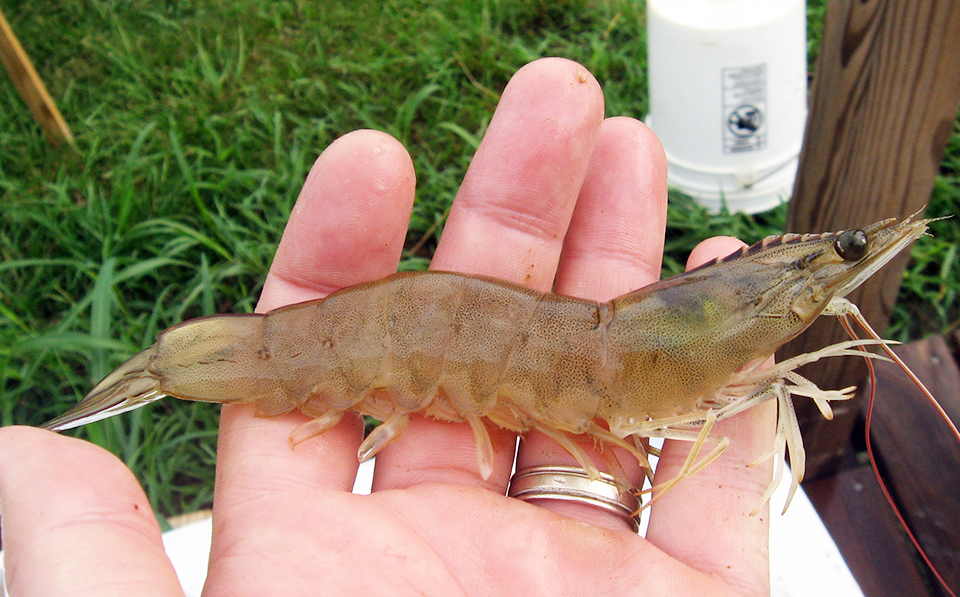