Although not regularly mentioned as an issue in most aquaculture operations, iron may be a serious issue in hatcheries that depend on well water

Iron (chemical symbol Fe) is the most abundant element or metal in the Earth’s crust and an essential element for life. However, elevated levels in the water – from anthropogenic activities or naturally occurring – can cause adverse effects in aquatic animals. Adverse effects include oxidative injury to various organs and physical damage to the gills. Despite the widespread and potentially harmful effects of elevated iron, it is designated as a non-priority pollutant in the USA with a national water quality guideline as being below 1.0 mg per liter.

This recommendation is based on field observations of a single iron-polluted stream in the state of Colorado (USA) in the mid-1970s. In fact, iron is considered a “secondary contaminant,” meaning it is not considered dangerous and only affects aesthetics/taste of water. However, iron has five oxidation states (viz. Fe2+, Fe3+, Fe4+, Fe5+ and Fe6+, based on how many electrons are lost) that differ in toxicity. The abundance of each Fe species is governed by the pH and redox potential (Fig. 1).

In aquatic environments, ferrous iron (Fe2+; water soluble) and ferric iron (Fe3+; water insoluble/oxidized state) are the most common. Well water that has little to no dissolved oxygen and therefore contains more ferrous iron, which has a higher toxicity to aquatic animals. This is mainly due to causing oxidative injury [the damage sustained by cells and tissues that are unable to keep up with free radical (atoms with an unpaired electron, making them highly chemically reactive) production], and typically minnows are more sensitive to iron exposure than catfish or salmonids.

Because ferrous iron dissolves in water, and is thus clear and colorless, it may not be obvious that iron could be an issue in a fish hatchery or rearing facility. On the other hand, oxidized iron, in the form of ferric oxide, is less toxic, causes a rust coloration to the water and is more easily removed through physical means.

The toxic action of ferric oxide is more related to smothering of eggs in hatcheries or clogging the gills that reduce gas exchange. In areas of high dissolved iron, it is common for fish farmers to oxidize ferrous ions into ferric iron through splash towers (an example in Fig. 2). This can be followed by water filtration using sand filters and sedimentation tanks that trap and subsequently remove iron through backwashing (Fig. 3). In some hatcheries, micron filters are used to minimize iron loads but require routine washing of the filters (Fig. 4).  These steps can be highly effective to reduce iron from well waters from concentrations from over 50 mg per liter to below 0.001 mg per liter, as we have measured in our laboratory.

Iron can also be chemically oxidized with manganese greensand, potassium permanganate and sodium hypochlorite. However, there are some limitations that include being less feasible in large-scale systems and may also present some toxicity issues to aquatic animals. In aquaculture ponds, precipitates of Fe3+ can reduce (gain an electron) into Fe2+if the sediments become anoxic (Fig. 5), leading to a darker coloration of the sediments.

Iron can also be beneficial by mitigating the toxicity of hydrogen sulfide (produced by anaerobic bacteria) by precipitating this into insoluble ferric sulfide (iron pyrite). Bioturbation [reworking of sediments and soils by animal activity or plants], agitation, circulation and physical resuspension diffuses Fe2+ from the sediment into the water column, where Fe2+is oxidized back to Fe3+ (Fig. 5).

Bentonite, which is an abundantly available and low-cost natural clay (Al2O34SiO2nH2O)can bind to iron and thus negate its toxicity. In fact, bentonite has a substantially greater binding capacity to heavy metals than activated charcoal, as well as being 20 times less expensive. Research in our labs recently demonstrated that the application of bentonite at 0.2 to 0.4 grams per liter in water can effectively alleviate otherwise toxic iron levels in catfish.

Interestingly, farmers in Arkansas have created iron chelate on site by adding sodium citrate (Fig. 6) that was used in their decoupled aquaponic system. Thus, they converted ferrous iron from the fish culture water system into a more bioavailable form to plants. A potential drawback is the shorter shelf life of this solution than commercial products, but EDTA [Ethylenediaminetetraacetic acid, a chemical that binds and holds on to (chelates) several minerals and metals] may be a better option. Research is ongoing to assess the efficacy of “home-made” iron chelate in an aquaponic system.

Water treatments to remove iron in large ponds systems is largely infeasible; thus, a dietary approach may be more economical. Both sodium citrate and bentonites are also generally recognized as safe (GRAS) food additives for mammals and fish. Our labs have documented that dietary bentonite (2.0 percent and 2.5 percent for rainbow trout and channel catfish, respectively) reduced iron accumulation due to their chelating properties. Moreover, dietary vitamin C, which is a free radical scavenger [a vitamin, mineral, or enzyme that can neutralize free radicals], can protect against iron-induced oxidative injury in the liver and gills of catfish (at 143 or 573 mg per kg diet) (Fig. 7). Other chelating agents – like humic acids, citric acid, nitrilotriacetic acid and deferoxamine [DFOA, also known as desferrioxamine] – have higher binding affinities for iron, but their effectiveness and safely have yet to be tested in an aquaculture context.

Iron is not often cited as a problem in most aquaculture operations but may be a serious issue in hatcheries that rely on well water. In this situation, it is advisable for farmers to test for iron, especially since dissolved iron is colorless and is more toxic to young aquatic animals. Oxidation and mechanical filtration can be highly effective on small scale systems. Beyond the hatchery and at a larger scale, such as in aquaculture grow-out operations, dietary supplements may be more feasible to safeguard against ferrous iron toxicity. 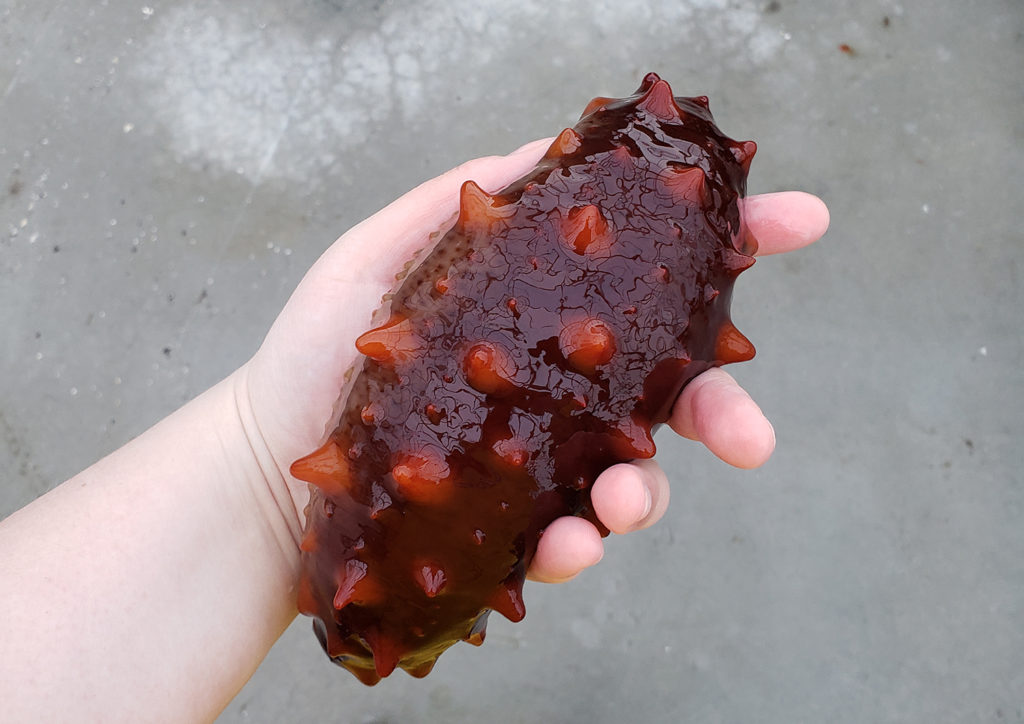 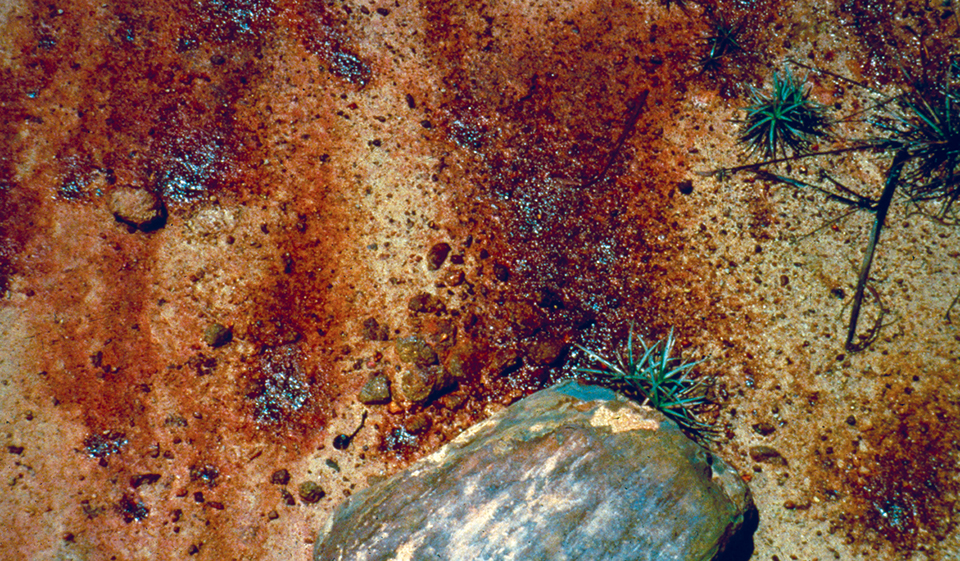 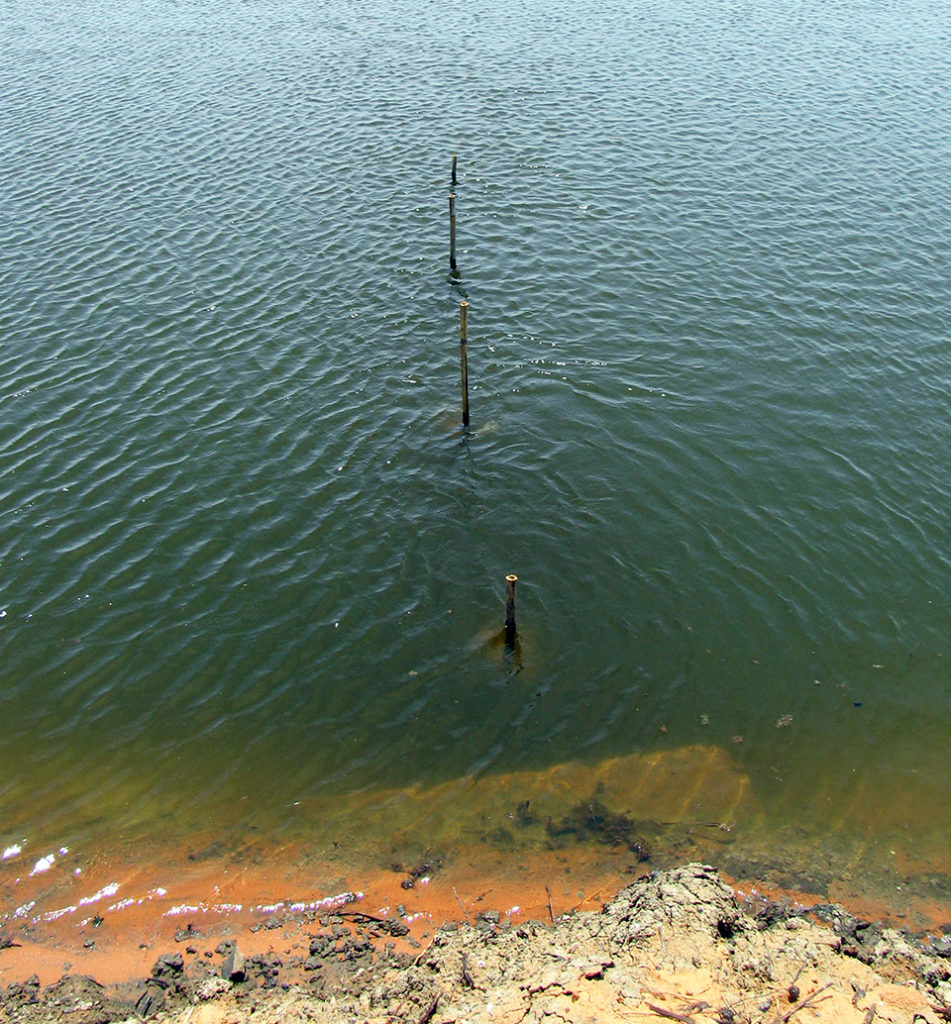 Troublesome turbidity in aquaculture pond water often results from clay or fine silt particles that remain suspended due to turbulence or sedimentation.