Editor’s Note: The following was originally published in the Oct. 7 edition of the Bangkok Post and is published here with the permission of the author and the International Labour Organization.

Decent Work Day, [October 7], is celebrated around the world to draw attention again to the need for work that is productive, that delivers a fair income and, of equal importance, work in which the protection of labor rights is a fundamental and irreplaceable element of national policies and development strategies.

The new Global Estimates of Modern Slavery report released by the International Labour Organization indicates that 24.9 million workers at any given time in 2016 were in modern slavery. One in 10 of those workers around the world was working in the fishing and agriculture industries.

The global attention to forced labor in Thailand’s fishing and seafood industry has helped to produce some important changes in the last two years. The ILO’s Ship to Shore Rights Project (funded by the European Union) is supporting the Thai government, employers and workers’ organizations to make the necessary changes – stronger laws including protections against forced labour, more effective labor law enforcement, organizing migrant workers and protecting their rights, and advancing with measurable progress in good labor practices on board Thai fishing boats and in seafood processing plants.

As Thai seafood suppliers plan for the future they see that remaining competitive in this global industry means more than low prices and high quality.

With so much at stake for workers, employers, regulators and international buyers of Thai seafood, tracking real progress toward Decent Work in the industry is important. New ILO research undertaken in Thailand shows some progress – more workers have written contracts in 2017 than a few years ago, and child labor in fishing is rare – and some persistent abuses. For example, one-third of workers in Thai fishing and seafood report being paid less than the minimum wage. One-quarter of fishers report that some of their pay is withheld from them for months. And 52 percent of fishers report that they take advances or loans against their salary from their employers, mainly to repay recruitment fees.

These last two measures are especially important. Withholding wages from workers is one of the ILO’s indicators of forced labor. And debts owed by workers to their employers can turn into debt bondage. A new order from the government in May 2017 requires the Ministry of Labour to detain fishing vessels that violate Thai labor law, including pay violations. Officials in a few ports have begun to use this power but the new effort needs momentum to make a dent in the problem.

More momentum in the Decent Work direction is what’s needed. Decent work means security in the workplace, social protection for families, better prospects for social integration, and freedom for people to express their concerns, organize and participate in the decisions that affect their lives. It also means equal opportunity and treatment for all women and men.

These are things we all aspire to have in our work and in our lives. But obviously not all work is Decent Work and achieving it is a focus of the United Nations’ Sustainable Development Goal No. 8. Forced labor is the antithesis of Decent Work, and many buyers of Thai seafood around the world now look for Decent Work in their supply chains. As Thai seafood suppliers plan for the future they see that remaining competitive in this global industry means more than low prices and high quality. It also means Decent Work. 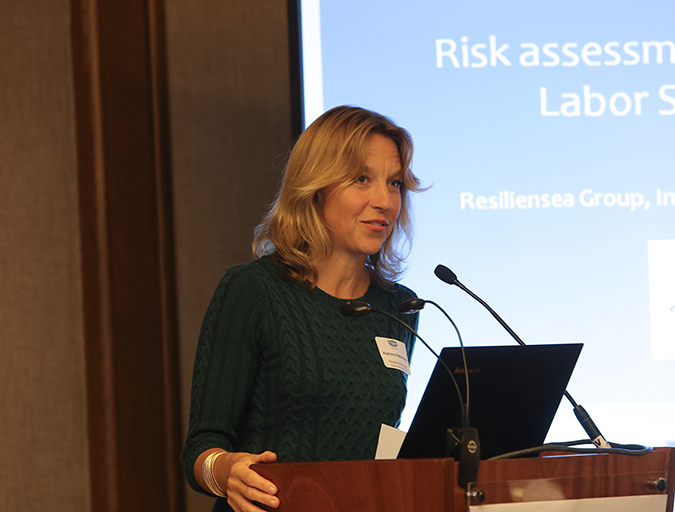