Adoption by farmers is likely in years to come

The farm-raised catfish industry in the United States started in the late 1960s and rapidly grew to become the largest segment of the nation’s aquaculture industry, generating over 40 percent of the total value of aquaculture production. More recently, however, competition from cheap imported fish has caused huge losses to catfish farmers.

In general, the U.S. catfish industry has stagnated during the last five years, and production has decreased by a third in an industry that was once doubling in size every decade. The industry is currently struggling to keep pace with increasing costs for feed and fuel, production inefficiencies and continued competition from foreign fish.

Channel catfish (Ictalurus punctatus) is the most important catfish species raised in the United States. It has several desirable traits, including rapid growth, ease of spawning, tolerance to wide ranges of temperatures and water quality, good product quality and high consumer acceptance. However, channel catfish have relatively non-uniform growth rates, are adept at evading capture by seining and are susceptible to species-specific diseases.

In the interest of increasing the efficiency of catfish production, channel catfish females have been crossed with blue catfish males to produce hybrid offspring. Research and field trials have shown that hybrid catfish have performance superior to channel cats, with improved growth rates, resistance to diseases, tolerance to stressors, processing yields and ease of seining.

Open pond and pen spawning methods are generally unreliable means of hybrid fry production and are not suitable for commercial production. The large-scale production of hybrids relies upon hormone induction and strip spawning of channel catfish females and artificial fertilization with blue catfish males.

Harry Dupree first elaborated on the techniques that facilitate channel catfish and blue catfish hybridization in 1966. The channel x blue hybrid catfish is the only hybrid among 28 interspecific hybrid crosses and backcrosses evaluated within the family Ictaluridae that exhibit dominant traits desirable for intensive aquaculture.

In 2011, six catfish hatcheries in Mississippi and Arkansas produced an estimated 111 million hybrid fry. If these estimates were correct, hybrid fry constituted 15 percent of the 732 million channel catfish fry produced in 2011. Hybrid fry production is projected to exceed 200 million by 2014.

A study was initiated to compare hybrid catfish and channel catfish production performance in replicated 4-hectare earthen ponds in a commercial catfish production facility in Alabama. In December 2002, channel and hybrid fingerlings weighing 40 to 43 grams each were stocked at 14,500 fish/ha in 21 and 12 ponds, respectively, within an 11-day period. The fish were fed 32 percent-protein commercial catfish feed to apparent satiation two to three times a week in the spring (when water temperatures were low) and once daily after temperatures reached 25 degrees-C. A minimal dissolved-oxygen concentration of 2 ppm was maintained throughout the production period with paddlewheel aerators. The fish were raised until they reached a harvestable size of 0.60 kg.

Table 1. Performance of channel and hybrid catfish in a commercial facility in Alabama, USA.

Around 75 commercial farms have raised hybrid catfish fingerlings in production ponds, and most have witnessed the improved performance of hybrid catfish. With good management practices, farmers can typically produce a single-season crop of 0.73- to 0.91-kg fish with higher yields of 3.6-6.8 metric tons (MT)/ha and feed-conversion rations of 1.7 to 2.0.

Although hybrid catfish have clearly demonstrated performance benefits, challenges to their wider adoption remain. Genetic improvements in the parent channel and blue catfish species could produce superior hybrids. There is need for cost-effective ovulating hormones to improve egg quality for greater hatching success, as well as optimized hatching and incubation procedures to reduce hatchery losses. In addition, disease, water quality and off-flavor problems persist in production ponds. In spite of these issues, however, U.S. catfish farmers will likely increasingly adopt hybrid catfish in years to come. 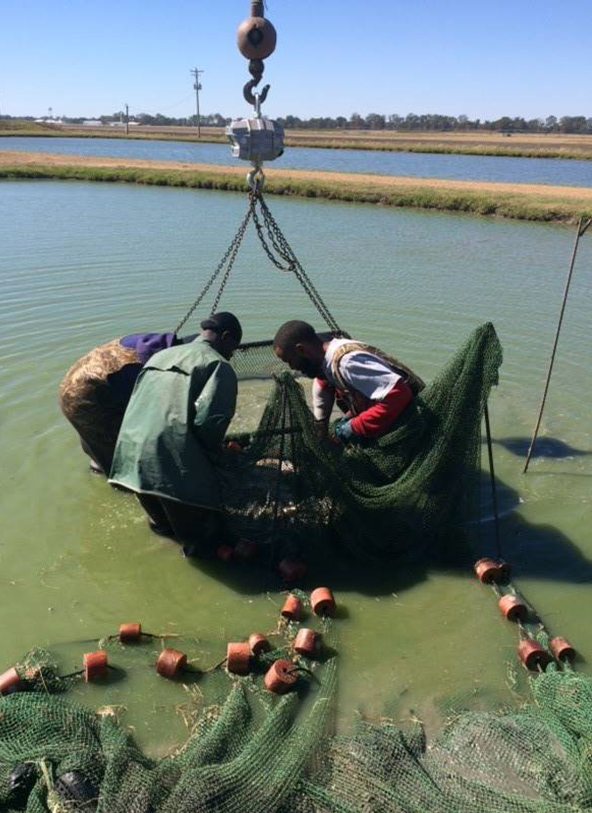 This study evaluated a commercially available prebiotics and probiotics under conditions simulating commercial production in hybrid catfish. Results showed that the various dietary treatments did not have any significant effects on processing characteristics or composition. 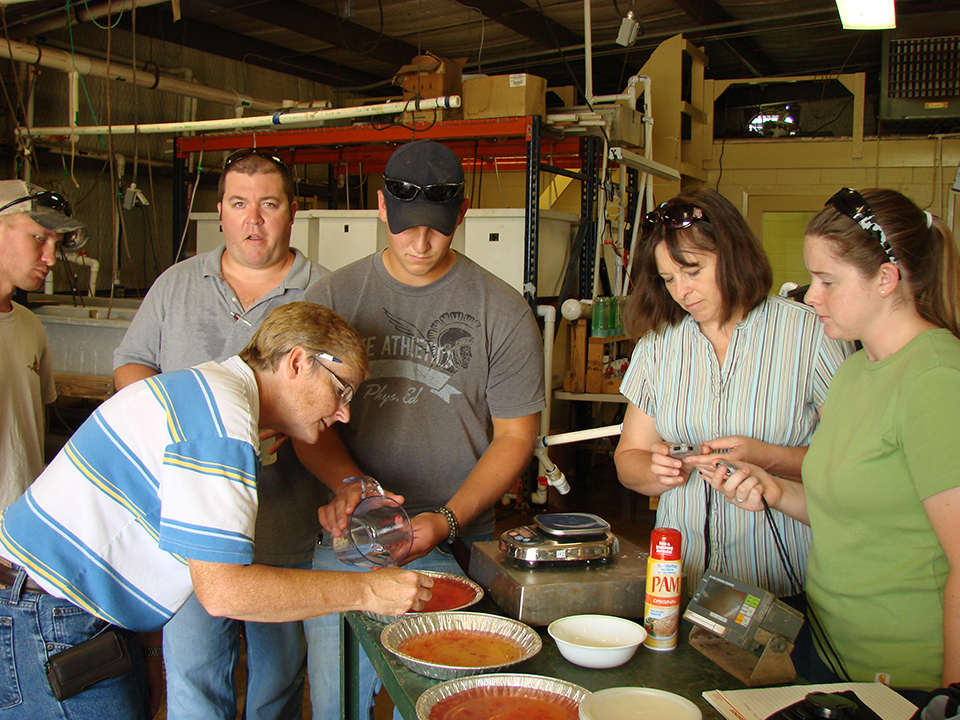