Channel catfish is the single largest aquaculture species in the United States. In the last five years, hybrid catfish (channel x blue F1 hybrid) have become increasingly popular as a culture fish due to increased growth performance, increased availability and adaptability to intensive pond culture systems. With a large presence of catfish aquaculture, there is growing interest in using dietary pre-, pro- and synbiotics as strategies to promote growth rates and prevent diseases.

These dietary feed additives have been shown to enhance both growth efficiency and disease resistance in a variety of aquatic species. However, before industry makes the change to using dietary feed additives, their efficacy must be demonstrated, mechanisms of action will need to be defined and the products must be commercially available and cost-effective.

Probiotics are live microorganisms that are thought to have a beneficial health effect on the host by adding “good” bacteria to the gut. Lactobacillus, Bacillus, Enterococcus, Carnobacterium, Saccharomyces, and Candida are probiotic organisms widely investigated in aquaculture. These organisms are added directly into the water environment of the fish or shrimp or administered orally in the feed.

Another class of compounds called synbiotics is a mixture of pre- and probiotics. While few studies in aquatic animals have evaluated the efficacy of synbiotics, they may have potential for improving growth and disease resistance of aquaculture species.

At the Thad Cochran National Warmwater Aquaculture Center in Stoneville, Miss., we examined the effects of feeding pre- and probiotics alone and in combination on hybrid catfish growth, processing characteristics and survival. One of the goals of the study was to identify pre- and probiotics that were commercially available and feed them to hybrid catfish under conditions to simulate commercial production.

The four diets were fed to hybrid catfish (initial weight, 37.1 ± 0.1 grams/fish) daily in 0.04 ha ponds (600 fish per pond) for approximately 6 months. There were 5 replicate ponds per treatment. At the end of the study, all fish were seined and counted from each pond. Ten fish per pond were randomly sampled and either processed (5 fish) or analyzed for proximate analysis (5 fish).

After feeding the hybrid catfish for 6 months, fish in all treatments gained closed to 1 pound (454 grams). The fish fed the combination diet had the greatest weight gain of 509 grams and the best food conversion ratio of 1.46; however, differences among treatments were not statistically significant (Table 1). Survival was high in all treatments at approximately 90 percent. Representative fish from each treatment were processed to compute carcass, fillet, and nugget yield, and proximate composition of fillets was also determined (Tables 2 and 3). The various dietary treatments did not have any significant effects on processing characteristics or composition.

There has been much interest in the use of pre- and probiotics to increase growth and improve disease resistance in many aquaculture industries, including the catfish industry. This study aimed to evaluate a commercially available prebiotic and probiotic under conditions simulating commercial production in hybrid catfish.

Results showed that weight gain, feed conversion ratio, food intake, and survival were similar among treatments. Carcass, fillet, and nugget yield were not significantly affected by treatment. A comparison of fillet proximate composition found no differences in protein, fat, or ash among treatments. An economic analysis revealed no benefit to feeding prebiotics or probiotics alone or in combination with one another to hybrid catfish.

While interest in feeding pre- and probiotics may remain, the results of this study do not support their use in the catfish industry. 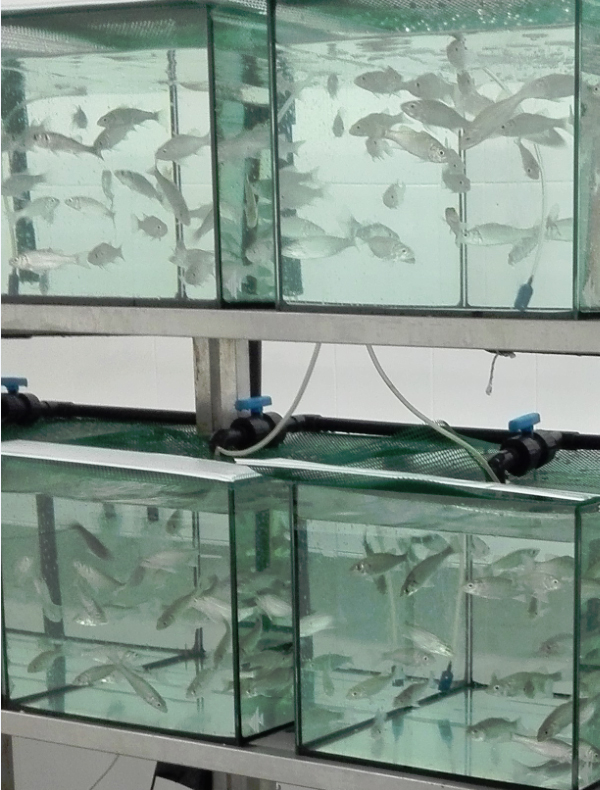