Rob Olin started Panacea Oyster Co-op with the goal of providing farmers with everything they needed to grow and sell premium oysters at a profit. There was just one problem: The Crawfordville, Fla., facility lacked a critical component for success.

“We don’t have a hatchery,” he said. “If we want to be successful, we need to close that loop.”

Panacea currently produces 20,000 oysters per week – a number expected to jump to 60,000 as soon as this spring when the latest batch of spat matures. Since opening in 2015, Olin has relied on limited amounts of oyster seed produced in some Florida clam hatcheries or seed sourced from hatcheries in other states, including those at Louisiana State and Auburn universities, to meet demand.

Thanks to two Florida businesses, that’s about to change.

Shellfish aquaculture is robust in the Sunshine State but, until recently, the focus was on hard clams, which accounted for 98 percent of the $19.64 million in sales statewide, according to an aquaculture survey conducted by the Florida field office of the National Agriculture Statistics Service. But interest in oyster aquaculture is on the rise.

Leslie Sturmer, shellfish extension agent at the University of Florida IFAS Shellfish Aquaculture Extension, believes the fledgling industry got a boost in Florida when sharp declines in oyster populations along the west coast of Florida, including Apalachicola Bay, led to an “historic collapse” of the state oyster fishery. To help the industry rebound, the state allowed water column leases to be modified for oyster aquaculture in 2013. The changing legislation coupled with existing infrastructure led several clam aquaculture operations to start growing oysters.

While a few clam hatcheries also produce oyster seed, Sturmer believes that most aren’t interested in making the capital investment for the high-tech facilities and the skilled labor required to start hatcheries to increase production of oyster seed.

“The few hard clam hatcheries are selling enough seed for some folks to get by but not enough to keep up with the increasing demand,” she said.

“It’s even hard to import oyster seed from one side of the state to the other,” Sturmer says. “[Pathogens] that exist on the East Coast aren’t found in the Gulf of Mexico.”

“Rather than being reliant on someone else, we wanted to be in charge of our own destiny – and we see it as a way to capture a good share of the market,” he said.

Both Olin and McMahon traveled to Palo Alto, Calif., for Fish 2.0 – an event designed to foster innovation in the sustainable seafood sector – to pitch their ideas and attract investors.

Olin won a cash award of $5,000 – the first-place prize for winning the USA Gulf Coast track for shellfish and crustaceans – for his pitch and plans to combine the winnings with private investments and government grants to fund an oyster hatchery on Apalachicola Bay. McMahon is also using a combination of private investments and grains, including a $100,000 award from Innovation Coast, to build an oyster hatchery in Pensacola Bay. The two areas are separated by about 150 miles.

Once funding is in place and construction begins, the startups estimate they will hire a combined 13 full-time staff plus a number of part-time staff and interns; the presence of the hatcheries will create additional jobs in aquaculture for those interested in expanding their hard clam operations to include oysters or for those looking to enter the growing oyster aquaculture industry, according to Olin.

Olin estimates it’ll cost between $800,000 and $3 million – depending on whether he chooses an open- or closed-flow system – to build a hatchery. Both startups anticipate coming online in 2019.

Even if both hatcheries were to open at the same time, Olin doesn’t see Panacea Oyster Co-op and Pensacola Bay Oyster Co. as competitors.

“Even if we come online at the same time and maximize our capacity, we still wouldn’t have enough seed to satisfy the demand in the state of Florida,” he said.

The two hatcheries could also support each other, according to McMahon, while elevating the oyster aquaculture industry statewide.

“It’s much better risk management for farmers to have more than one source for seed,” he said. “Knowing that seed is available from local sources could encourage more people to get into oyster aquaculture in Florida.” 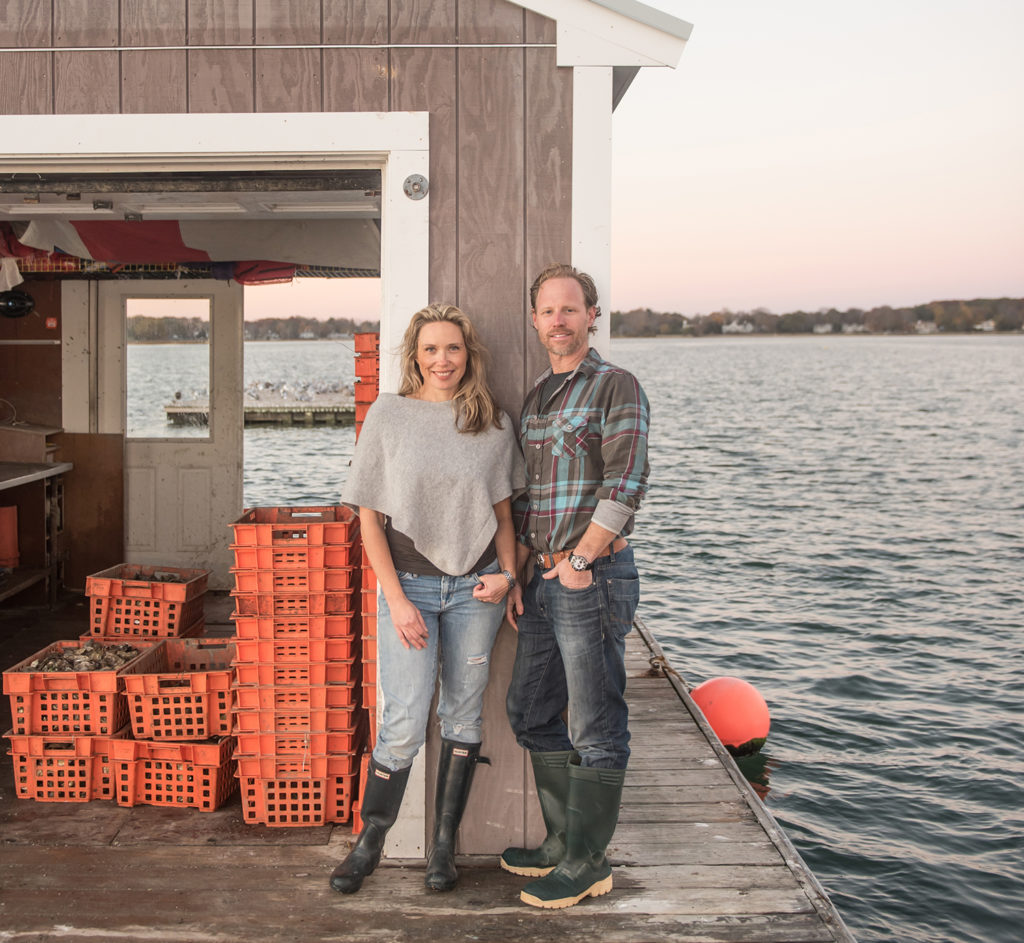