Food research institute Nofima has teamed up with researchers and the fishery industry to explore the possibilities of using gene editing to make salmon more resistant to sea lice. The Nofima-led project brings together researchers from Norway, the United Kingdom, the United States, Canada, Sweden and Australia, and with such a powerhouse of experts, there are high hopes that it may lead to the elimination of salmon lice as a welfare problem in salmon farming.

“It’s a complex problem to solve,” said Nick Robinson, Nofima’s project manager for CrispResist. “There are a wide range of mechanisms that affect how well the salmon can protect themselves from the lice, but we hope we will find answers. We are using gene editing in our research to determine whether selected genes have an effect.”

Gene editing is a collective term for genetic technologies that make targeted changes in the genetic material (DNA) of an organism. For example, it could relate to removing or adding one or more bases to the DNA, or replacing one gene variant with another. The most common technology used is CRISPR/Cas9. Today, gene editing is only used on animals in Norway for research purposes (e.g., when discovering the effects produced by different genes).

In the CrispResist project, researchers are working to improve and develop the Atlantic salmon’s innate genetic resistance to salmon lice. They are investigating what it is about the genes of various species of Pacific salmon that make them more resistant to salmon lice. The team will then apply this knowledge in research aimed at gene editing the eggs of Atlantic salmon using CRISPR-Cas9. The goal is to confirm whether the identified genes can be edited to increase the resistance of farmed salmon to salmon lice.

“In such a scenario, it would be great if the use of gene editing can eliminate salmon lice as a health problem in farmed salmon,” said Aina-Cathrine Øvergård, CrispResist researcher and University of Bergen professor. “It could also reduce pressure on wild salmon and spare cleaner fish.”

If the study confirms that the genes can be edited with a positive result, that does not mean that gene editing can be implemented as a tool in salmon farming. Implementation requires both government approval and consumer acceptance, as well as industry interest.

“We probably have a long way to go before farmed salmon become a less attractive host for salmon lice,” said Kjell Maroni, R&D director of aquaculture at the Norwegian Seafood Research Fund (FHF). “So it’s a good thing that we already have existing technological tools for both prevention and control.” 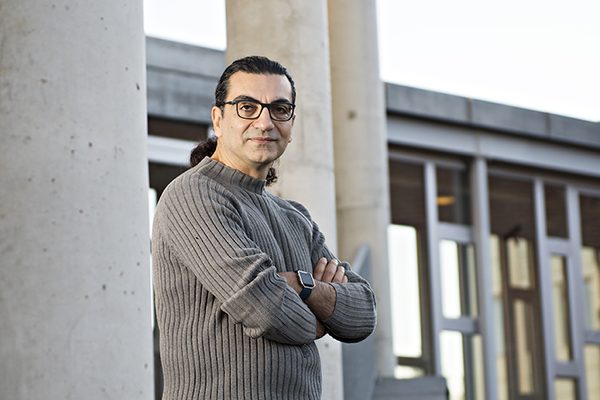 The Danish Technological Institute and Benchmark Genetics are exploring the use of artificial intelligence (AI) to count sea lice on salmon. 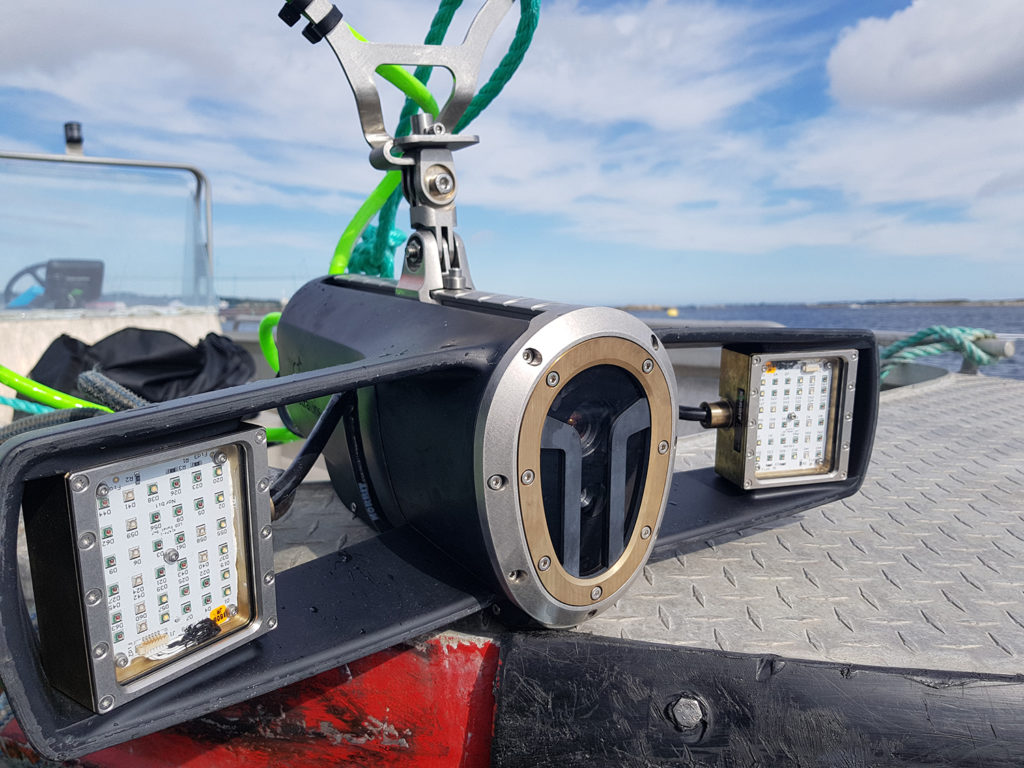 Salmon farmers in Norway are trialing two new technologies, including one from Silicon Valley, in their ongoing battle with the persistent sea lice. 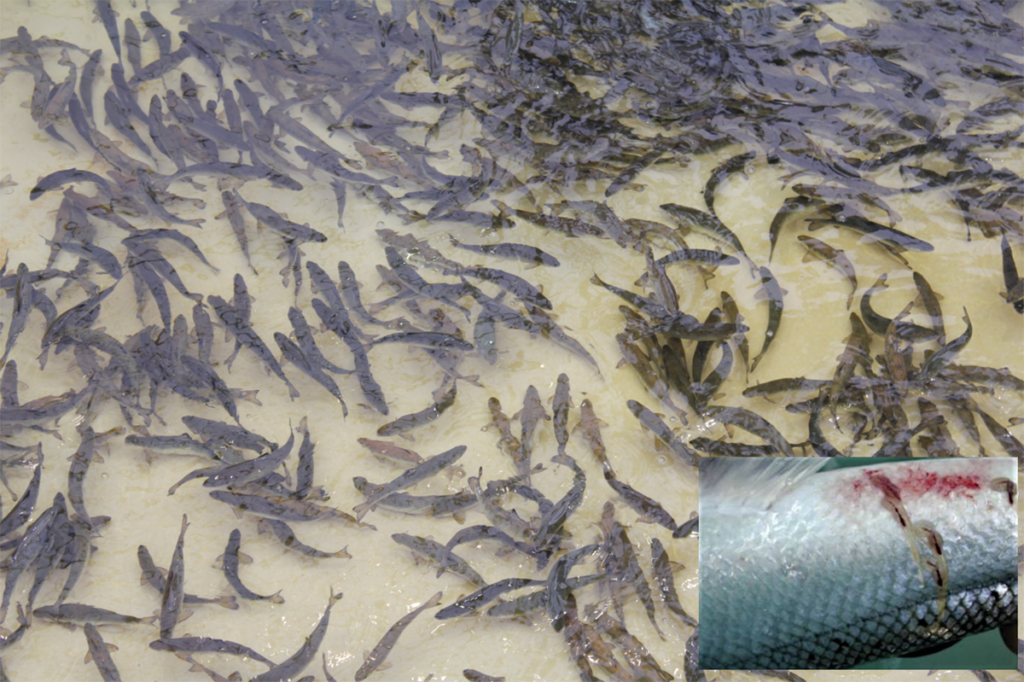 Laboratory-scale evaluation of a candidate vaccine for Atlantic salmon against sea lice shows an efficacy of 56 percent when administered by injection. 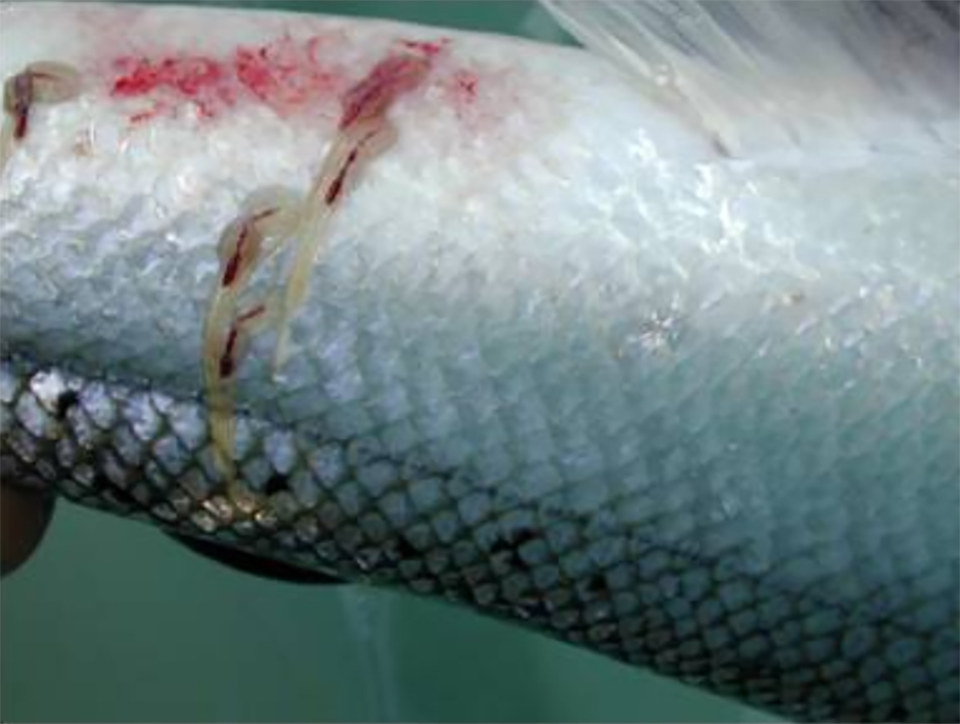 An operational salmon lice model calculates sea lice infestation pressure all along the Norwegian coast in near real-time, based on a hydrodynamical ocean model and a salmon lice particle tracking model.