Cannibalistic and aggressive behaviors are often observed in crustaceans and fish at high stocking density and low feeding frequency. Such social interactions can affect growth, survival and welfare of the members of a population. For example, in many fish species, up to 90 percent of the mortality is due to cannibalism. And inter-individual competition and dominance hierarchy have been reported to increase the coefficient of variation of body weight in Nile tilapia and Arctic charr.

High variability of body size can affect growth, survival and well-being of animals, and poses a serious obstacle to production efficiency in aquaculture operations. Management measures such as size grading are necessary to minimize competition and increase uniformity, although it is labor intensive and stressful to animals. Social interactions between individuals can have a genetic component, which are known as indirect genetic effects (IGE) and occur when the genotype of an individual affects the phenotypic values of the individuals it interacts with.

For a family-based selective breeding program in aquaculture, candidates are usually tagged and tested in one or several communal rearing environments. Although observed social interactions may suggest the presence of IGE, these genetic effects cannot be estimated with a traditional animal model because of confounding with the direct genetic effect (DGE) and the lack of an effective experimental design. To estimate IGE, individuals need to be split into a large number of groups, which makes the data structure based on a traditional communal rearing environment unsuitable to separate DGE from IGE. However, ignoring IGE in selective breeding can lead to increased competition and a negative selection response.

Selection response for IGE on the target trait depends on the competitive intensity of the rearing environments. A trade-off between DGE and IGE occurs and the heritable variation gradually decreases when a strong negative correlation exists between DGE and IGE. Therefore, for a selective breeding program that aims at improving the effects of social interactions, it is important to test the genetic parameters for IGE on the target trait under different competitive environments.

The study was carried out at Hebei Xinhai Aquaculture Technology Ltd in Huanghua City, Hebei Province, China. The experimental shrimp belonged to generation G3 of a selection line that was established in 2012, with eight improved batches from different companies in the United States and Singapore introduced as founder broodstock animals.

Healthy animals with mature gonads were chosen after one month of rearing. The base population (generation G0) of eight strains was established, and each generation, full-sib and half-sib families were produced using a nested mating design, in which two dams (sires) were mated to the same sire (dam) by artificial insemination. In total, 207 families from 187 males and 174 females were produced. Generations G1 to G3 were produced using similar procedures.

Eighty-seven families from 65 males and 68 females of generation G2 were selected for the analysis of IGE in generation G3.

For each feeding regime, 42 shrimp per family (3,360 individuals for 80 families of the selection line) were tagged and equally divided into three groups when the average body weight reached ~6.5 grams. Next, one of the three groups from each family was randomly assigned to one of 80 net cages (70 × 70 × 100 cm) in a rectangle concrete tank (100 square meters). A total of 6,720 shrimp were assigned to 160 cages, and 5,281 shrimp were harvested after a 71-day grow-out period for statistical analyses of body weight.

For detailed information on the experimental design, base populations and animal selection and rearing; and statistical analyses used, please refer to the original publication.

This study reports the first large-scale test for IGE under different competitive environments in aquaculture. A strong re-ranking [ranking something again or differently] of the genetic competitive abilities of families was detected between the two feeding regimes. Individuals that were genetically highly competitive showed better survival under the RF regime. The total heritable variance of body weight was greatly reduced because of the strong competitive interactions that occurred among individuals under the RF regime.

The results indicate that an increase or a decrease in competition during artificial selection for growth depends on resource availability. Moreover, the results indicate a cryptic genetic variation [genetic variation that normally has little or no effect on phenotype (observable characteristics or traits of an organism) but that, under atypical conditions that were rare in the history of a population, generates heritable phenotypic variation] for body weight when feed is limited.

Estimates of heritabilities for body weight obtained with a traditional animal model (i.e. without accounting for IGE) were 0.11 ± 0.09 under AF and 0.25 ± 0.11 under RF. With extended animal models that accounted for IGE, the corresponding estimates for body weight were 0.07 ± 0.08 and 0.34 ± 0.11. Thus, heritabilities were higher under the RF regime than under the AF regime, regardless of whether IGE was accounted for or not.

When designing breeding projects, the consequences of artificial selection for growth or other economic traits on social interactions should be evaluated. Excessively aggressive individuals spend much time and energy chasing competitors on unnecessary attempts to monopolize the food supply, thereby allowing less aggressive individuals to acquire a growth advantage when food is available in excess.

In our study, the positive estimate of the genetic correlation between DGE and IGE on body weight under the AF regime supports this theoretical hypothesis. Excessively aggressive individuals may have been culled through the highly intense selection applied during the past 30 years of breeding in L. vannamei. If aggressive individuals were present in the tested population, the correlation between DGE and IGE on body weight would have been zero or even negative. The observed positive correlation implies, to a certain extent, that there were schooling behaviors in the tested population.

Artificial selection for growth increases the level of competitive interactions when the amount of food is limited. In our study, the negative and strong correlation between DGE and IGE on body weight under the RF regime implies that individuals with genetics for rapid growth also possess strong competitive abilities. This suggests that selection may increase competitive behaviors in L. vannamei under conditions with limited resources.

Our results support the assumption that an increase or a decrease in aggression and competition during selection depends on whether the amount of available food is limited or excessive. 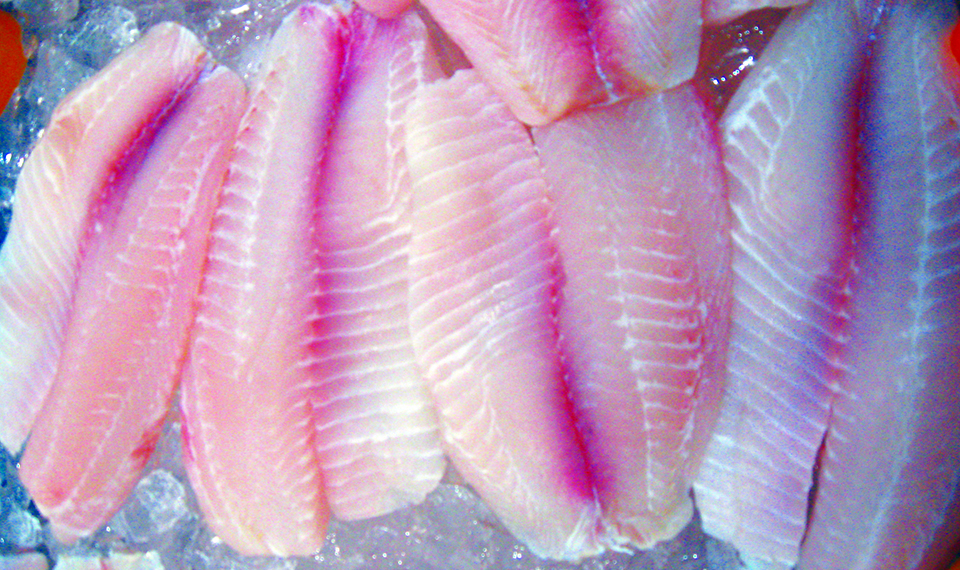 By feeding different oils at different points in a fish's life cycle, such as finishing feeds, farmers can tailor the composition of fillets to maximize value and minimize fish oil use. 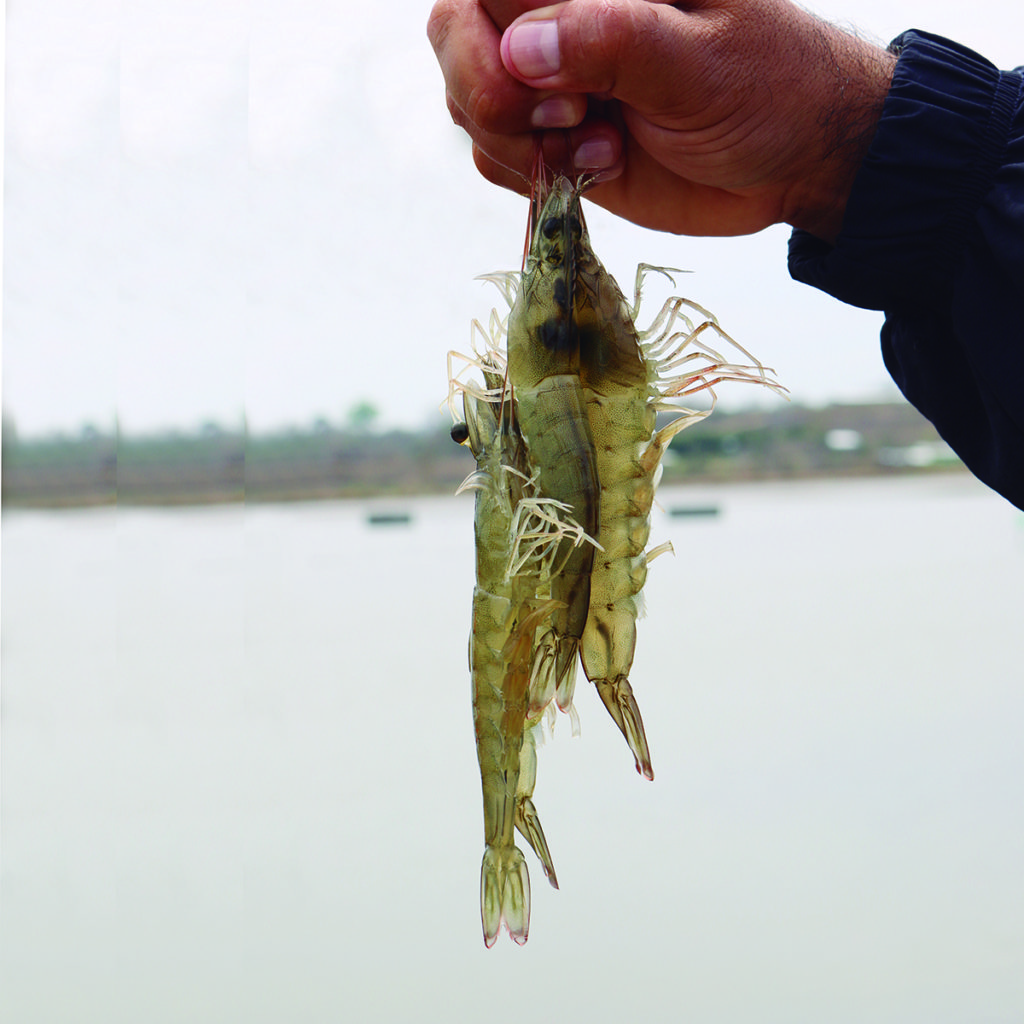