Donald Vincent Lightner, pre-eminent shrimp disease researcher and longtime head of the University of Arizona Aquaculture Pathology Laboratory, died on May 5 after a long illness. He was 76.

Lightner retired from his post at the university’s influential research center in 2017 after a 44-year career that took him around the world and that left a lasting impact on shrimp farmers everywhere. He was most notably credited with discovering, in 2013, that the devastating Early Mortality Syndrome shrimp disease was caused by a Vibrio bacteria. EMS (Acute Hepatopancreatic Necrosis Disease, AHPND) was first detected in Pacific white shrimp (Litopenaeus vannamei) in China in 2009 and caused billions of dollars in losses for the shrimp industry, particularly in Southeast Asia.

Lightner was a giant in the field and a trailblazer in shrimp pathology and disease management. (Editor’s note: To see Dr. Lightner’s work published on the Advocate, please click here.)

Lightner completed his Ph.D. on a rainbow trout virus at Colorado State University in 1971 and soon after began his professional career at the National Marine Fisheries Laboratory in Galveston, Texas. In 1975, Lightner published his first reviews on diseases in penaeid shrimp culture as he moved to the University of Arizona, where he joined a team developing a prototype super-intensive shrimp production system in Mexico that achieved record yields of blue shrimp (P. stylirostris).

In 1983, Lightner received the first of 22 patents awarded to him or his laboratory. In 1986, he started the University of Arizona Shrimp Pathology Laboratory, which went on to become the world’s leading shrimp pathology research center, and which became an OIE (World Organisation for Animal Health) Reference Laboratory in 1993. The Specific Pathogen Free (SPF) Pacific white shrimp he developed – bred to be resistant to Taura Syndrome Virus – were soon introduced to Asia, where shrimp farming exploded in the early 2000s.

Lightner, a professor of veterinary science and microbiology, authored more than 500 publications and presentations and his work was cited countless times. The Global Aquaculture Alliance awarded Lightner with its Lifetime Achievement Award in 2013 at its GOAL conference in Paris.

“All shrimp stakeholders have been greatly fortunate to count with Dr. Lightner on our side,” said Victoria Alday-Sanz, director at National Aquaculture Group (NAQUA) in Saudi Arabia and a longtime shrimp disease researcher and author. “His work set the basis for the development of shrimp farming.”

Robins McIntosh, executive VP at Charoen Pokphand Foods in Thailand, told the Advocate that he “knew nothing of shrimp” in 1978 when he was hired by Weyerhauser to study prawn pond algae and its effects on production. Dr. Lightner spoke at the first technical talk on shrimp culture that McIntosh attended, and his words stuck with him for decades.

“It is always a difficult day when you learn you have lost someone that has entwined with your own aquaculture career for over 40 years – my entire career,” he said. “He was an original, he was unique, and he is not replaced at this time. Our long conversations about so many subjects the last 10 years will always be treasured by me and continue to provide motivation and guidance for me and everyone I encounter during my work. I have so much to thank Dr. Lightner for.”

George Chamberlain said Dr. Lightner combined state-of-the-art research skills, personal experience in production and a love of teaching: “This mix enabled him to apply sound science to identify causative pathogens, recommend commercially appropriate and practical solutions for preventing and managing outbreaks, and convey information in a way that was clear and understandable.”

Arun K. Dhar, who took over at the University of Arizona Aquaculture Pathology Laboratory upon Lightner’s retirement, said Lightner was a reserved person with a keen sense of observation: “He transformed infectious disease research in shrimp with a simple microscope and his extraordinary ability to study diseases at an organismal level. His early career days working with shrimp industry professionals enabled him to realize the translation value of his work that ultimately played a pivotal role in bringing the industry from a backyard farming effort to a global industry, as it stands today. It’s a privilege and honor for me to continue his legacy of research and service to shrimp industry globally and take in beyond where he left.”

According to his obituary, Lightner is survived by his wife of 43 years, Rita; his children Donald (Heather), Melissa (Jeff), Elizabeth (John); three grandchildren; his brother Richard Lightner (Judy) and a large extended family. 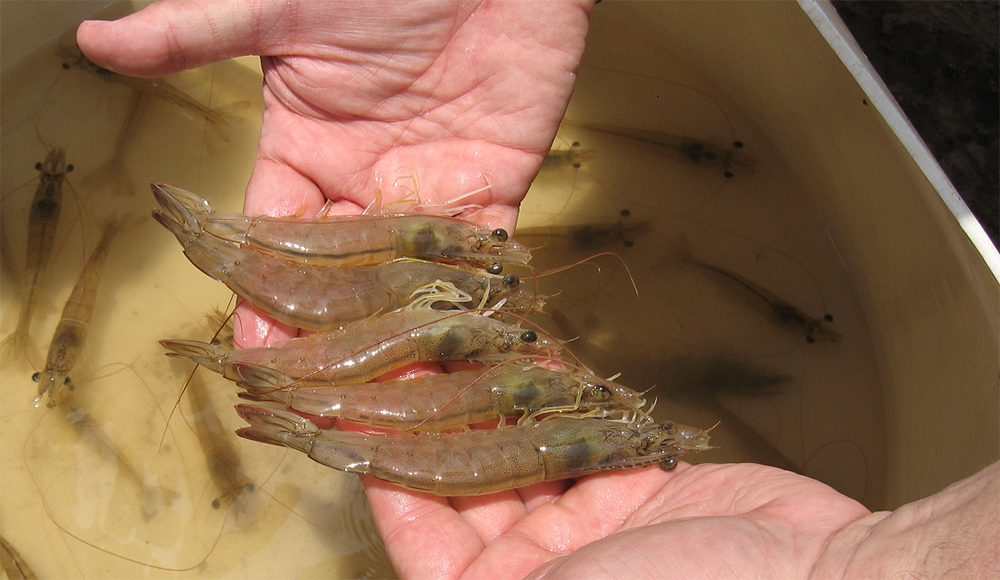 A new nested PCR method specific to farmed shrimp pathogen EHP can be used in routine diagnostics and is also useful to detect low-grade EHP infection.