Greater ability to bind with organic matter from water

In intensive rearing of marine fish, the addition of microalgae to the culture water has a beneficial influence on survival and growth. The effect has mainly been attributed to improved foraging conditions and a beneficial nutritional impact. Suspended particles in the water may also have a significant impact on the microbial environment and as a consequence affect the establishment of the primary microflora of larvae.

Live microalgae have a positive effect on both the microbial environment of the culture water and the initial bacterial colonization of the guts of the culture fish. Microalgae like Nannochloropsis oculata and Isochrysis galbana are therefore typically used to condition rearing water in intensive marine aquaculture. Algae paste and other commercially available concentrates of microalgae, which save labor compared to the production of live algae, are also used to create “greenwater” in larval rearing.

Both live microalgae and algae paste have been substituted by clay in a recently developed first-feeding protocol for the larvae of halibut (Hippoglossus hippoglossus). Clay is more cost effective than algae or algae paste, and has a stable and predictable quality. On the other hand, clay does not contribute to feeding the fish larvae.

In contrast to algae, clay contributes little organic or microbial load to fish tanks, and may on the contrary adsorb organic material and perhaps even viruses and bacteria. Whereas algae can serve as food for larvae and live feed, clay has no nutritional value.

The majority of the colloidal suspension in intensive fish culture water consists of bacteria associated with feces and feed particles. The addition of particles to form aggregates, followed by siphoning of aggregates settled on tank bottoms or removal of flocs by surface skimmers may be a means to transport organic wastes and a fraction of the bacteria out of larval tanks.

At low exchange rates, additions of live feed and algae with associated microflora have a relatively larger influence on water quality than at higher exchange rates. The necessity of keeping appropriate live prey concentrations and sensitivity of larvae to mechanical disturbances limits water exchange during the early larval stage.

For larvae of cod (Gadus morhua), daily water exchange is often set to one to two times the tank volume during the first week after hatching. Consequently, the larvae benefit relatively little from external water treatment. However, treatment of the culture water already inside the fish tanks by the addition of particles may be a way to reduce levels of bacteria and organic matter.

In a recent experiment conducted as part of the strategic CODTECH research program financed by the Norwegian Research Council, the authors compared the effects of live microalgae, algae concentrate, and clay on the bacterial community and organic matter in larval fish tanks.

The bacteria numbers in tanks might be expected to increase with increasing dissolved organic carbon (DOC) concentration, as DOC provides substrate for heterotrophic bacteria. If clay can be used to transport DOC out of the water column, it may reduce the potential for bacterial growth in the first feeding tanks.

All techniques reduced initial bacterial proliferation after nutrient shift-ups. The bacterial community of the relatively low-temperature water immediately responded to the induced nutrient increase to a final level of 9.8 x 105 colony-forming units (CFU) ml-1. The increase was less pronounced in all greenwater qualities, which had 1-6 times lower bacterial numbers (Fig. 2).

Live algae-associated bacteria seemed to contribute to the bacterial load, but on a moderate level. The nutrient up-shift stimulated blooms of opportunistic bacteria in all water treatments, but the use of greenwater techniques seemed to slightly delay their proliferation (Fig. 2). The Vibrio species fraction of the total bacterial community remained at a level below 3 percent, except for the two clearwater qualities, which both had a peak of 11 percent two to six hours after the up-shift. 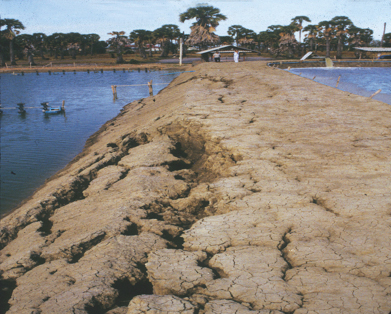 The control of external inputs of suspended soil particles to ponds and internal erosion of embankments and bottoms should begin at the design and construction stage. 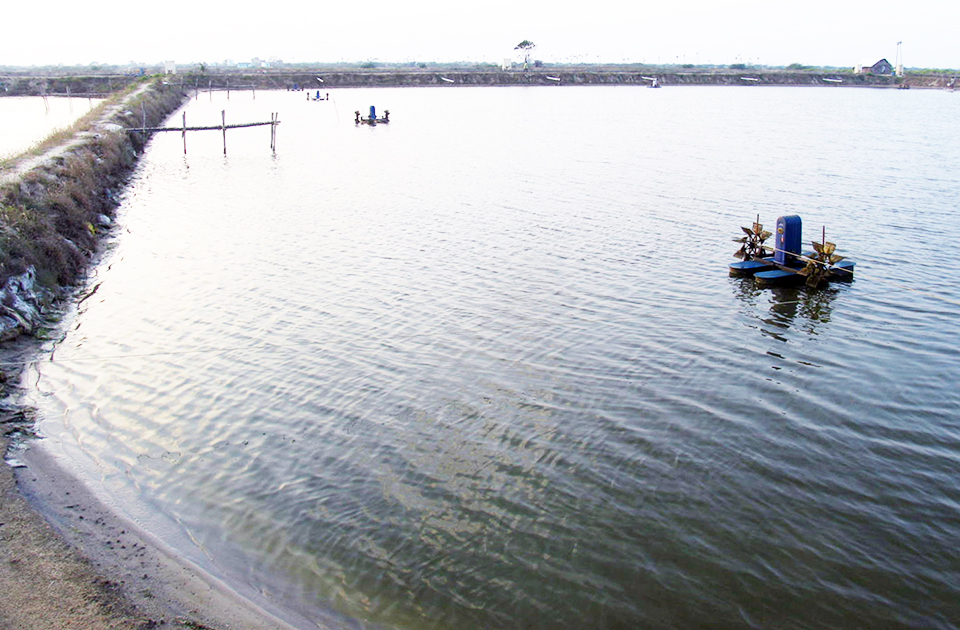 Examining copper use in aquaculture

Copper is used for control of the blue-green algae responsible for off-flavors in aquaculture animals, treating diseases and parasites, and avoiding cage net fouling. Although copper is an essential nutrient for plants and animals, an excess can negatively affect the environment and human health. 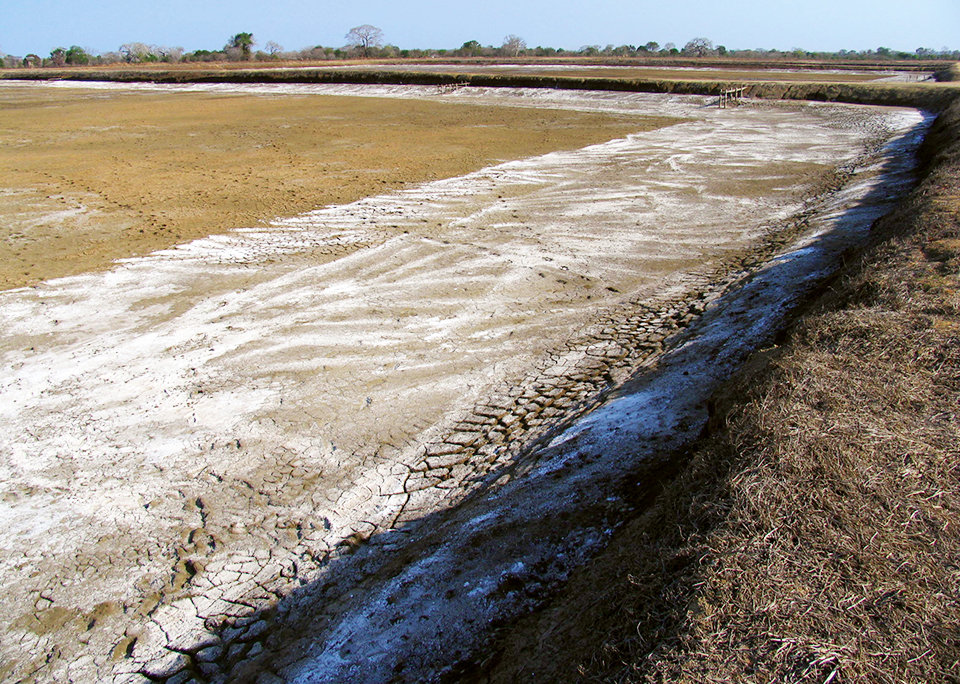 Liming materials neutralize acidity and increase pH in pond bottom soil and water. They also react with carbon dioxide to form bicarbonate and release calcium and magnesium, increasing both alkalinity and hardness concentrations in water.