Penaeid shrimp are unable to bio-synthesize cholesterol, which is widely accepted as an essential nutrient for these crustaceans. It is a key constituent of cell membranes and a precursor for steroid and moulting hormones.

Increased demand for cholesterol, combined with its relatively high cost and variable supply present a challenge for the shrimp feed industry. However, progress has been made in the development of cost-effective alternatives to purified cholesterol.

In laboratory trials with Penaeus monodon, the authors formulated a specialty concentrate that enhances digestion and absorption of endogenous cholesterol in shrimp feed ingredients and reduces the need to supplement feed with purified cholesterol.

Meals and oils from marine invertebrates like squid, shrimp, clams, crabs and mussels are good sources of cholesterol. However, fishmeal is often the major cholesterol source in practical feed formulations for shrimp.

Feed-grade cholesterol is also derived from wool grease, a byproduct collected in the washing of sheep wool. The cost and availability of cholesterol fluctuated during the past decade, due to large variations in the market for wool grease (lanolin). Diminishing sheep stocks and increasing competition for lanolin derivatives (e.g., steroids) may become serious concerns for formulators of shrimp feeds in the future.

Tacon and Forster (2001) foresaw global aquafeed requirements for fishmeal to grow from 15 million metric tons in 2000 to 27 million MT by 2010. This will result in an increased demand for – and possible shortage of – marine raw materials.

Although animal byproducts offer interesting nutritional alternatives as protein sources for penaeid shrimp, their use is not accepted by European consumers and legislators. Therefore, the need for additional supplementation of cholesterol in shrimp feeds is likely to increase, due to the rising pressure on fishmeal as a protein source in shrimp feeds.

Assuming a minimum dietary level of 0.25 percent cholesterol, fishmeal at 35 percent inclusion in shrimp diets can provide around 50 percent of the requirement (Fig. 1). The addition of typical levels of shrimp and squid meal usually supplies another 20 to 25 percent. Thus, supplementation of purified cholesterol at 0.10 to 0.15 percent of the diet is needed to fully cover the requirement, and represents a significant cost in shrimp formulations.

For the trials, practical diets were prepared by lab scale pelletizing (Table 1). Diets were formulated to satisfy documented nutritional requirements of P. monodon, except for cholesterol (Akiyama et al., 1992).


Table 1. Feed formulation for experimental diets in trial 1 (% as fed).

To verify initial findings, a second batch of feeds was prepared following the same guidelines, but using different batches of raw materials. This resulted in slightly different proportions of fishmeal (35 percent) and defatted soybean meal (25 percent), and a higher background of cholesterol in the feeds. CHOL-, CHOL+, and CHOL-repl contained 0.15, 0.30, and 0.15 percent cholesterol, respectively. Dietary cholesterol analysis was performed using GL chromatography.

Two culture trials were conducted at the Brackishwater Aquaculture Development Center in Indonesia.

The experimental setup consisted of nine cylindrical, 1-metric tons (MT), flat-bottom tanks. Seawater was prepared by pumping through a 1-μm GAF filter bag, and recirculated over a 1.6-MT coral biofilter.

Salinity was adjusted to 25 ppt by the addition of underground freshwater, and disinfection with 3 milligrams per liter hypo-chlorite powder for 24 hours. Mean water renewal over the whole culture period was 28 percent per day.

Shrimp of 0.3 to 0.4 grams were initially stocked at 20 shrimp per tank and acclimated for one week prior to the start of the trial. Water temperature (27.5±0.7 degrees-C), salinity, and other quality parameters remained within acceptable limits during tests.

Average survival during the first trial was over 88 percent (Table 2). Overall shrimp growth up to 1.4 grams per week toward the end of the trial was excellent under the conditions of clear water culture in small tanks. Feed-conversion ratios of 3.1 to 3.9:1 were adequate for shrimp feeding in clear water tanks without natural food organisms.

Growth and feed conversion were significantly improved by the supplementation of 0.15 percent cholesterol. After 70 days of culture, harvested biomass was 33 percenthigher for the shrimp fed the diet supplemented with cholesterol (Fig. 2). This was not due to density differences, but solely to dietary components.

Overall shrimp survival was lower in trial 2, with treatment averages ranging 77 to 85 percent. However, the trends in growth response observed in this independent trial – run with different shrimp and different batches of raw materials for feed preparation – generally matched those of the first trial.

These studies confirmed that the requirement for dietary cholesterol in P. monodon exceeds the endogenous background level typically provided by ingredients of marine origin in practical diets. The supplementation of 0.15 percent purified cholesterol or 1.5 percent of a cholesterol-replacing concentrate to a practical diet with a cholesterol level of 0.1 to 0.15 percent significantly improved growth and feed conversion in juvenile shrimp. 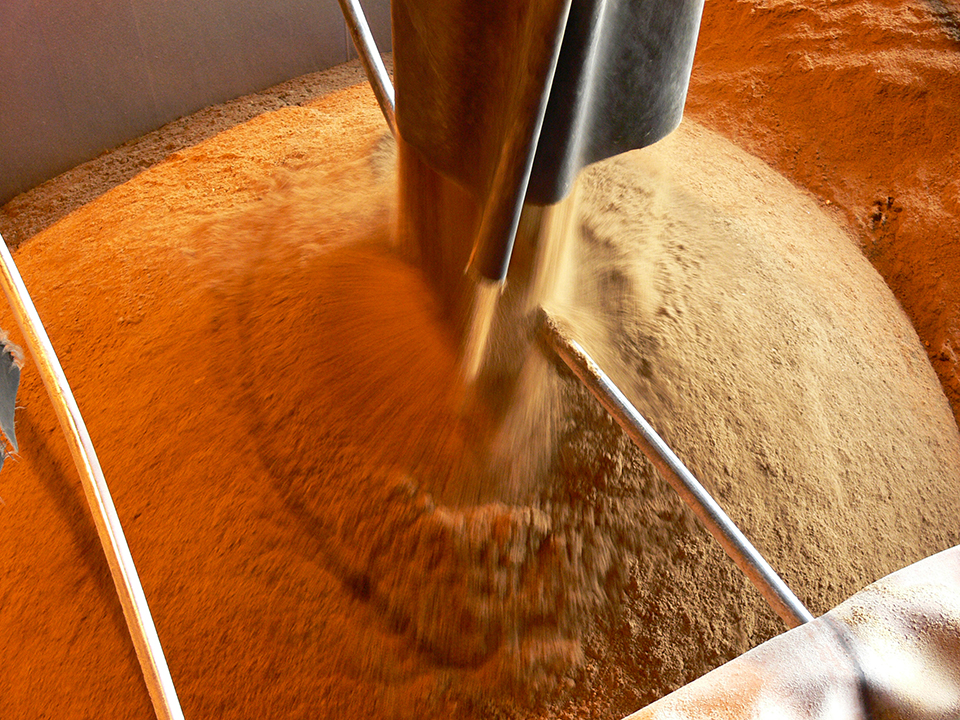 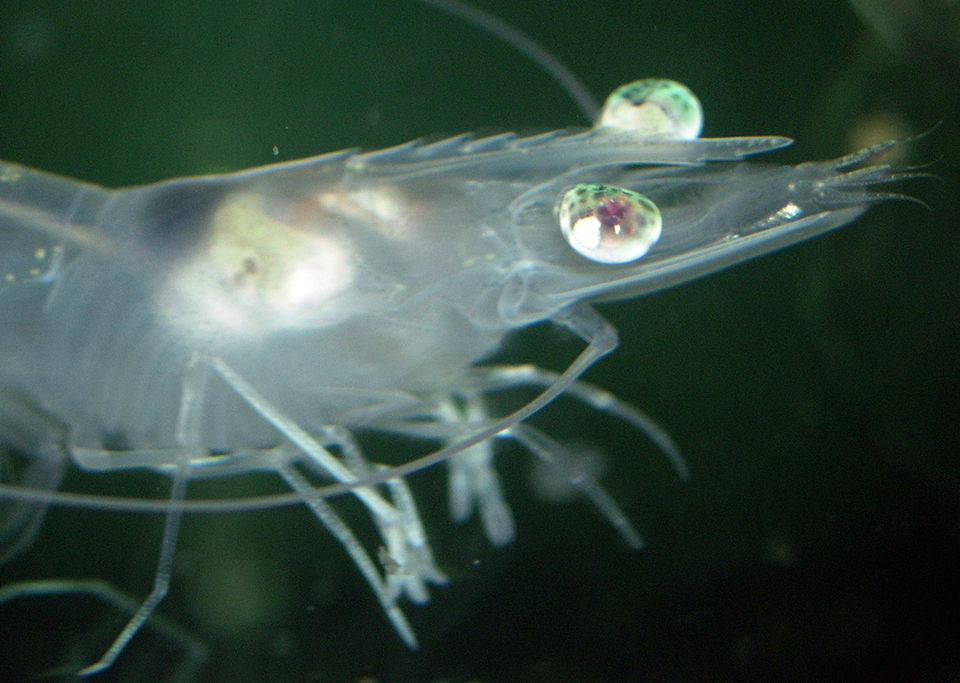