Through 50 years of experimentation and exploration, China has become the biggest tilapia producer in the world. Its success has been based on the introduction of nine tilapia species from Africa, including Oreochromis mossambicus, O. niloticus and O. aurea, since 1956. These introductions formed the founding germplasm of the Chinese tilapia industry (Table 1). Some minor additional indirect private introductions are not recorded.

The Genetically Improved Farmed Tilapia (GIFT) strain, selected from the combined base populations of four African strains and four Asian strains in the Philippines, was introduced to China in 1994. It showed growth rate and recapture rate superior to those of all extant strains in China and thus became a superior introduced variety.

Although essential, the multiple introductions of new and different tilapia strains over time came with a number of issues.

Since the tilapia introductions were made for research or commercial use, they were never organized by any single government or organization. The introduced tilapia were kept in separate institutes or at private fish farms, and sometimes poorly managed. Because records of tilapia sources, quantities and characteristics were not consistently kept, their value as resources may not be fully utilized now.

Population sizes are determined by the actual mating parents’ numbers rather than the total parental numbers. Because of long-distance transporting, only a few individuals could survive long-term. Therefore, the small effective population resulted in lower genetic variation.

Inbreeding also easily happened because of the small populations (Table 2). Further, unjusted mating schemes were another source of inbreeding during generational transitions.

Regarding the germplasm, low genetic variation and inbreeding of these introduced populations further constrained their long-term utilization.

Excellent growth rate is the first demand for a good variety of tilapia. The initial GIFT strain exhibited excellent growth rates, and with growth rates up to 30 percent higher than the control group, the “new” GIFT tilapia have become the most popular cultured species in China.

Although there have been many introductions of different tilapia species, their small effective population sizes resulted in genetic drift or genetic bottlenecks. The loss of genetic variation made their selection ineffective for most strains.

Sexual maturation that occurs before tilapia reach commercial size always perplexes tilapia farmers. Although the administration of hormones at the fingerling stage to increase male percentage is relatively easy, its food safety is debated.

Male Nile tilapia have XY chromosomes, and females have XX chromosomes. Using sex-reversal techniques, a male XY can be changed into a female XY, then YY males can be identified among XY x XY progenies. Mating of a YY male with a normal XX female would produce all XY male progeny.

In contrast, the F2 generation could easily be obtained by natural mating among F1 individuals. They kept salinity tolerance and growth rates similar to those of their parents. They could be widely propagated and cultured in brackish water ponds or in polyculture with shrimp. Their meat quality also improves under culture with higher-salinity water.

Disease is another problem perplexing the tilapia industry. An epidemic that has affected some main producing areas since 2009 mainly attacked tilapia at about 200-g weight and resulted in 20 to 30 percent morbidity and 95 percent mortality, thus greatly decreasing the total production.

Recently, Streptococcicosis agalactiae was identified as the main pathogen in Guangdong and Hainan Provinces. A new program has been initiated to prevent and control this disease during the whole production process. Also, the development of a disease-resistant strain is expected, as well as adjustments to the present high-density aquaculture mode.

Usually, temperate tilapia species can’t survive the winter in most parts of China. The lethal temperature for O. niloticus is 10 degrees-C and 8 degrees-C for O. aurea. In northern China, tilapia were kept in warm, circulated water supplied by an electric power plant. In southern China, the fish can survive the winter in simple plastic-roof rooms. The warm climate also provides a long growth period for tilapia. Therefore, the major production area is southern China.

Since 2008, cold weather has often intruded on southern China. The low temperatures killed adult fish and decreased the total production. It also killed tilapia breeders and caused a supply shortage for the next year’s seed.

The best solution for safe overwintering is providing some apparatus for keeping the tilapia warm, but this adds costs for farmers. Improving their cold tolerance has been put forward in recent years, but this may be a long reach to counter the biological characteristics of the fish and climate change. 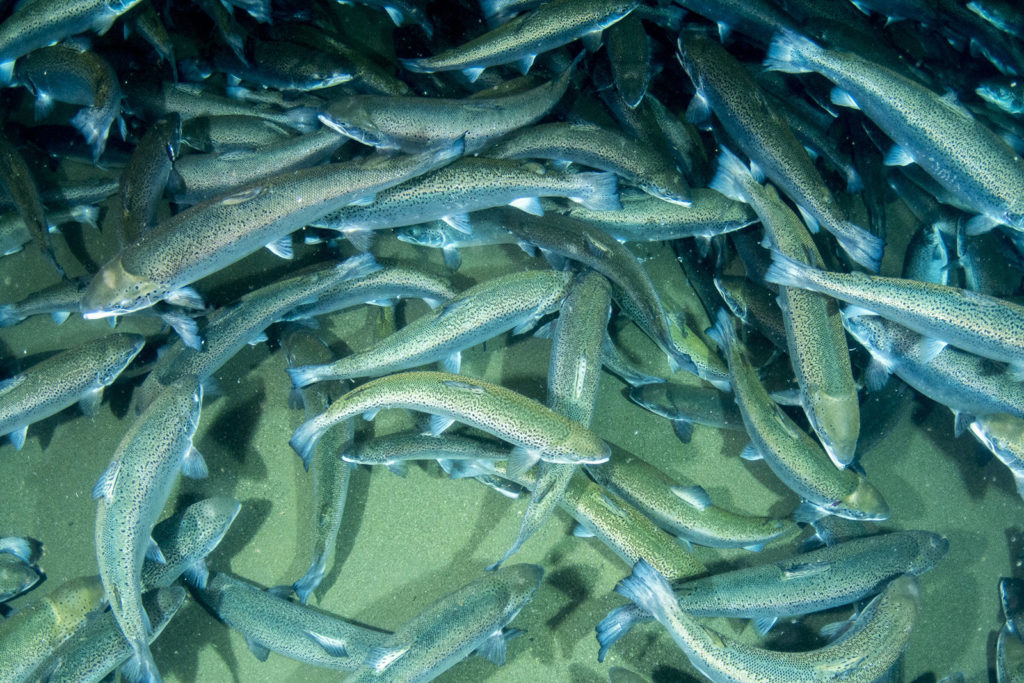