The first half of the second day of the conference highlighted research efforts to improve our understanding of trout and salmon production in closed-containment systems. (Read part 1 of this article.)

The afternoon included two presentations on innovations in fish feed.

The AIW concluded with three presentations from industry suppliers that are challenging the status quo with innovations in RAS design and waste management. K.C. Hosler from Pentair (British Columbia) and Frederic Gaumet from Krüger Kaldnes Veolia (Norway) presented on progressive improvements in salmon RAS design.

As an engineer, I really appreciated the design logic that KC Hosler described, as he has optimized water treatment technologies and their integration within salmon RAS over the last decade. I also appreciated the scale and continuity of projects that Krüger Kaldnes Veolia has undertaken. Frederic Gaumet presented first data from the RAS 2020 pilot plant in Switzerland, as well as Veolia plans and actions to develop through digitalization a proactive and integrated tool for RAS daily operation and management. Lars Rohold of Scanship AS (Norway) presented on biosolids dewatering and drying methods being applied at several of the large RAS facilities producing smolt and post-smolt in Norway. Lars pointed out the potential of creating value out of the biosolids coming from fish farming.

We have organized and convened nine AIWs; all have focused on communicating the biological, technical, economic and marketing opportunities and challenges surrounding salmonid production in closed-containment systems, but especially in land-based RAS.

Since the first AIW was held in 2011, a key reason for the success of these AIW has been the open dialogue and willingness to share information on emerging RAS technologies among those that might otherwise be considered competitors, i.e., commercial producers, suppliers and consultants. We have all benefited when the early adopters have shared lessons learned while engineering and building their facilities.

These pioneers of industry (such as Kuterra, Langsand Laks, Billund, Veolia, Pentair and others) have graciously shared their efforts to innovate and challenge the status quo. In addition, the massive investment in RAS to produce salmon smolt and post-smolt in Norway (and globally) has also helped improve the technology and train the staff that are often hired to work in RAS for salmon and trout grow out to market size.

Increased investment in salmonid RAS (whether for smolt/post-smolt or market-size fish) is accelerating its deployment, which has ultimately led to reductions in capital and operating costs due to improvements in technology, standardization in equipment and construction methods and economies of scale.

It’s personally gratifying to see that a major take-home message from the AIW was that the existing industry, along with financial institutions and entrepreneurs, are becoming more engaged in the adoption of RAS to increase production of Atlantic salmon. This is a huge change from 2011, when few people outside of our group felt that RAS would be biologically, technically and economically viable systems for producing market-size Atlantic salmon. Until just two years ago, it seemed like change was happening very slowly, at least in the United States, where government typically won’t subsidize the startup investment in contrast with European Union practices. However, change is now happening much more rapidly and it appears to be accelerating with the attention of major salmon farming producers, major equipment supply companies, financial institutions and other investors.

Businesses for producing land-raised Atlantic salmon are already established in Europe and Canada but are just starting in the United States. As noted above, Superior Fresh LLC in Wisconsin will be the first U.S. commercial producer to put land-raised Atlantic salmon into the market this summer. In addition, Atlantic Sapphire is currently building a large “blue house” to produce market-size Atlantic salmon in Florida. And, Nordic Aquafarms and Whole Oceans have announced their intentions of launching two large land-based Atlantic salmon farms in Maine. There are several additional projects that haven’t gone public yet, but these will likely push the total U.S. investment towards $500 million in just a few years.

The US East Coast appears to be a nexus for these projects, but projects are in the works at locations across the country. It’s still uncertain which of these projects in development will finalize their financing; financing appears to be the largest challenge for most of the project proponents. Their ultimate economic success will depend on many factors, including the reliability of their technology, the effectiveness of their staff and staff training programs, their ability to develop a brand during marketing, the future salmon market, the future strength of the U.S. dollar, and other issues surrounding their business plan.

The research and development that has been presented at AIW has provided essential support to the new producers, system suppliers, and consultants that work with RAS technologies; it has helped to improve both the biological and technical reliability of these production systems while reducing risk.

Thanks to the foresight of groups such as U.S. Department of Agriculture’s Agricultural Research Service and the Research Council of Norway (CtrlAQUA more recently; RASALMO previously), who have supported this ground-breaking effort to develop RAS for salmon and trout even before the existing industry suspected that these production systems would be required.

This research and development, often presented at the AIW, is now paying off with business investment in many commercial production systems, as well as in the photoperiods applied, bio-plans adopted, germplasm selected, biosecurity practices and processes for carbon dioxide removal implemented, ozonation, solids control, biofiltration, culture tank hydrodynamics and finishing/purging.

That said, the technology is still advancing and evolving. As an example, the interactions between ingredient inclusion within feed formulations, fish performance, and resulting water quality are of paramount importance in RAS, which requires continued work.

The AIW continues to be a catalytic meeting that brings together a community of diverse stakeholders to create a focused communication space critical for increasing the adoption of closed-containment systems. As a collective group, we are helping to establish the technologies and procedures required to increase finfish production in a manner that is more environmentally friendly and economically sustainable. These events have provided an important opportunity to share innovations and lessons learned and continue an ongoing conversation about the direction of the industry.

We are still looking for a location for the 10th AIW, which will likely be held in late November or early December of 2018, probably on the east coast of the United States. There are a number of new closed-containment projects that we hope to include in the 2018 AIW program, as well as more research on the biological and technical aspects of these new technologies. If you are interested in participating, keep an eye out for the meeting on our website, which was listed earlier in the article. 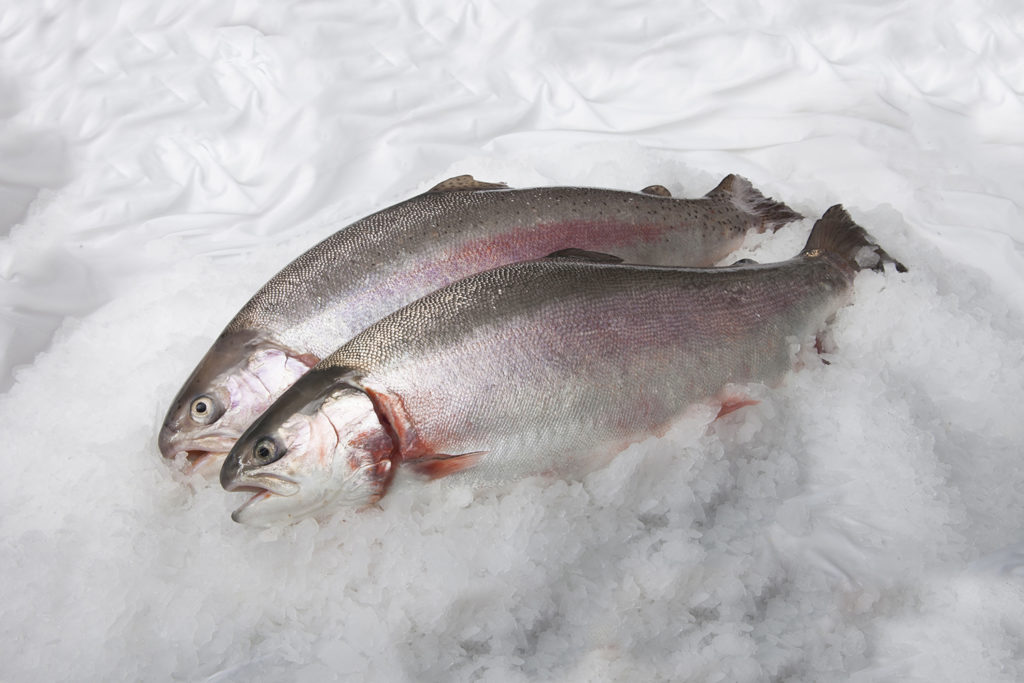