Despite aquaculture’s contributions to global food security, one of the current concerns is the industry’s greenhouse gas emissions (or GHG emissions), which arise along its supply chains. The expansion of aquaculture may be a potential solution to increased food and nutrition security, but how can it be done in a sustainable and carbon-efficient manner that fits planetary boundaries?

As the world moves toward a decarbonized future to mitigate the long-term effects of climate change, there is increased pressure to ensure that seafood production and supply chains retain environmentally friendly policies and practices. It’s led the aquaculture industry to find innovative carbon mitigation strategies to help cut its GHG emissions, including a focus on aquafeeds.

Japanese/Singaporean startup Umitron has been providing technology to aquaculture producers to improve their practices, such as reducing feed waste and allocating human resources. Recently, it assessed the carbon footprint of red sea bream in Japan by measuring GHG emissions across the value chain. It found that GHG emissions were approximately 1,048 grams of carbon dioxide equivalent (CO2 eq) per 100 grams of product. For comparison, the GHG emissions from beef produced in Japan are approximately 2,406 grams of CO2 eq per 100 grams of product.

“We conducted multiple interviews with stakeholders, from farmers to processing companies, to collect information such as feed amounts and the fuel and electrical consumption required for red sea bream production,” Joyce Leo, business operations manager at Umitron, told the Advocate. “We also had a repository of distribution information available from previous red sea bream sales. This allowed us to conduct an accurate assessment from raw material procurement to end-use and disposal.”

Leo and her team found that the procurement of raw materials accounted for more than 80 percent of their operational carbon footprint, with most GHG emissions related to feed production and its transportation to farmers. Feed currently accounts for the largest component of a farm’s operational costs, said Leo, and the fact that it makes up the most significant contribution to GHG emissions means that a more concerted effort is required to reduce unnecessary feed waste as much as possible.

“FAI is a bespoke algorithm created to analyze fish feeding behavior using real-time video data and provide insights into appetite levels,” said Leo. “It can automatically make necessary adjustments to fine-tune the amount of feed dispensed or stop feeding altogether if the fish are not hungry. Having demonstrated that FAI can reduce feed amounts by 20 percent, we are planning to add more data on GHG reductions for other species that are farmed using our solutions.”

Increasing demand from retailers, consumers, investors and regulators for more sustainable animal protein means that seafood producers must show that they have accurate, reliable and transparent methods to measure and reduce the environmental footprint of farmed fish. To that end, the health and nutrition firm Royal DSM has developed an intelligent sustainability service known as SustellTM. The web-based business intelligence platform measures 19 environmental variables, including carbon footprint and GHG emissions.

As the development partner for Sustell, one of the first to get to know the system was salmon producer Bakkafrost. CEO Regin Jacobsen says that Sustell will allow Bakkafrost to calculate and model and adopt interventions to reduce its environmental footprint using real data from feed production and farming sites.

“In the case of a salmon farm, the data that’s entered includes raw material sources, the transportation of raw materials to feed factories, feed production, transport of finished feed to farm and resource use on the farm,” said Louise Buttle, DSM lead for Sustell Aquaculture. “Sustell gives producers a tool to measure their full lifecycle assessment (LCA) footprint, including carbon, over time and understand what happens when interventions are made.”

For example, what impact would there be if a fish farm switched from one raw material to another? Or if a fish farmer decides to reduce emissions by 25 percent by 2030? Sustell can plan what to do and when: It will give fish farms quantitative numbers, specific to their operations, that they can map and measure, change and reduce.

“It can be a significant part of farming companies’ sustainability strategies because it provides a specific baseline measurement and allows farmers to set targets and monitor against those targets,” said Buttle.

As for next steps, DSM is planning to introduce Sustell to the wider seafood industry, including shrimp producers in Latin America and Asia Pacific, as well as tilapia farmers.

“As the world’s population grows, so too will the demand for animal-based food – in fact, by as much as 70 percent by 2050,” said Buttle. “Over time, the need for ever-increasing quantities of animal protein will lead to significant environmental strain. Businesses need to take ownership of their footprint, not rely on industry averages, and take necessary steps to reduce environmental impacts.”

A 2020 study published in Scientific Reports found that in 2017, aquaculture generated 0.49 percent of human GHG emissions, or 263 million tons of carbon dioxide equivalent (MtCO2e). This reflects the low emissions intensity of aquaculture compared to other livestock such as beef or poultry, says Leo, but reducing emissions is important due to differences in farming methodologies and types of feed used.

“Aquaculture’s GHG emissions are currently lower than other livestock types such as beef or poultry,” said Leo. “However, within the industry, we have observed differences in farming methodologies and types of feed used. These differences make it all the more important for aquaculture to reduce its emissions.”

For example, GHG emissions for RAS-produced fish tend to be higher due to electricity usage, while species with higher feed conversion ratios (FCRs) would require more feed, resulting in a possibly higher environmental impact. Aquafeed used in different countries may also have other ingredient inputs in varying quantities. Leo believes that case studies across multiple species in various production regions are necessary to build a more comprehensive picture of aquaculture’s GHG emissions.

“Our goal is to use our technology solutions to help producers achieve high precision feeding with minimal wastage,” said Leo. “By automating this process, we will be able to reduce the amount of excess feed being discharged into the water column and decrease the number of trips that employees need to take to travel to and from the farm site, resulting in lower fuel consumption in the long run. Sharing examples such as these will help aquaculture get a better idea of its GHG emissions and how they could be reduced.”

According to Dr. Michael Macleod, one of the study’s co-authors and a senior researcher at SRUC, the overall GHG emissions for aquaculture vary depending on factors such as FCRs, feed composition and the amount of energy used on-farm and post-farm.

However, as aquaculture is a rapidly growing sector, there is no room for complacency. Macleod believes that reducing FCRs and the carbon footprint per kilogram of feed are key, given the importance of emissions that arise in aquafeed production.

“A host of things affect FCR, such as fish genetics, health, husbandry and feed delivery, so potentially, there are a lot of ways to reduce emissions,” he said. “The carbon footprint of feed could be reduced via improved nutrient use, greater use of leguminous nitrogen or use of denitrification inhibitors. For systems that use a lot of energy, for example, to pump water, moving to a lower carbon energy source will help.”

Leo said that other ways to reduce environmental impact could involve producing feed with a low carbon footprint or decreasing the distance between feed mills and farmers. However, while these changes may have a quantitative impact, the resulting social and environmental benefits may not be as tangible in the short term, she said. Moreover, since many environmental factors are interlinked, it may take years to see any discernible improvement in our marine habitats. Nonetheless, all these little changes add up over time.

“On the social front, if more consumers choose sustainable options, small changes combined can make a big difference to our planet,” said Leo.

Some carbon mitigation measures could also have other benefits, such as reducing nutrient losses to the environment and improving fish health and welfare, said Macleod. But there may be trade-offs too, and measures to reduce GHG emissions may not always align with other objectives such as biodiversity goals. However, he believes that there is growing interest in aquaculture circles to reduce emissions – and Buttle agrees.

“Global feed producers are increasing visibility surrounding feed and setting goals to reduce GHG emissions,” she said. “One example is Cargill’s SeaFurther Sustainability program, which aims to help farmers reduce their environmental footprint by at least 30 percent by 2030. But there is still a lack of hands-on services or tools available to measure carbon footprint and other environmental impacts, and this is where a service like Sustell could be significant.”

“Little steps can go a long way,” said Leo. “Aquaculture can do more to reduce its GHG emissions, not just on the production front but also in areas further along the value chain, such as processing and getting the end product to consumers. While the impact is not as significant downstream, presenting more environmentally friendly products to consumers will help them to make more informed decisions. In the long run, we hope to influence the entire value chain to be more environmentally conscious.” 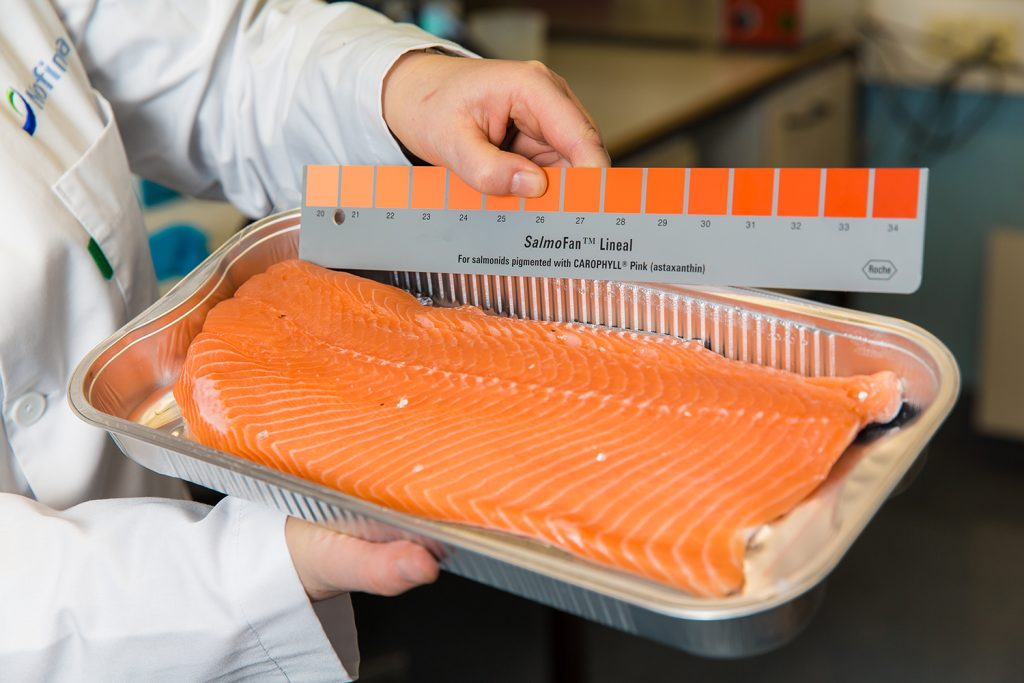 The color of salmon: How fish farmers can add value by focusing on pigmentation

Are Norwegian salmon fillets getting paler? Researchers there are poring over pigmentation data to find commonalities in the color of salmon. 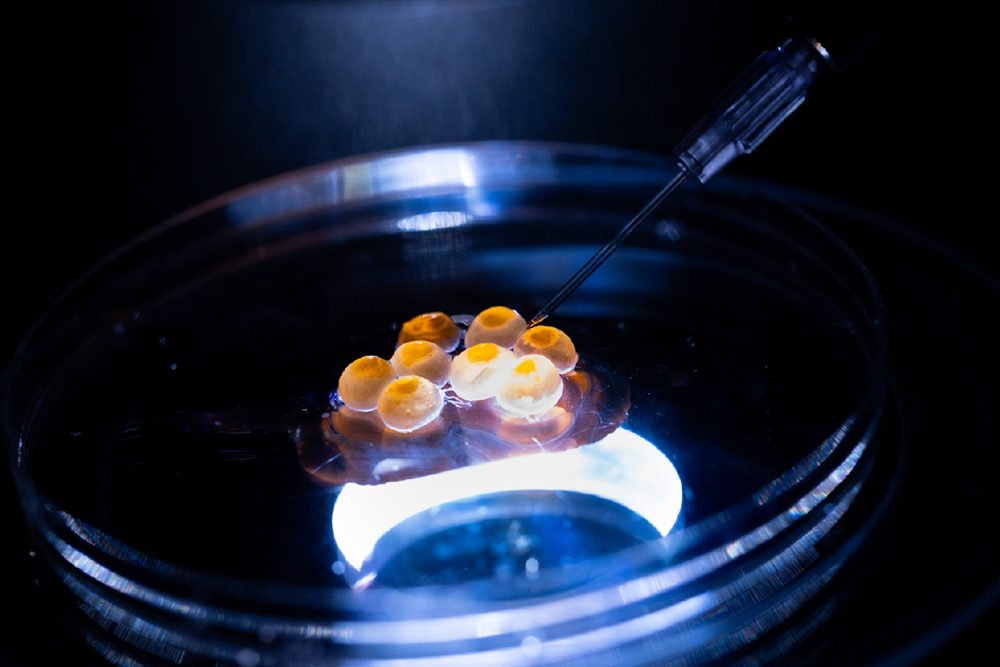 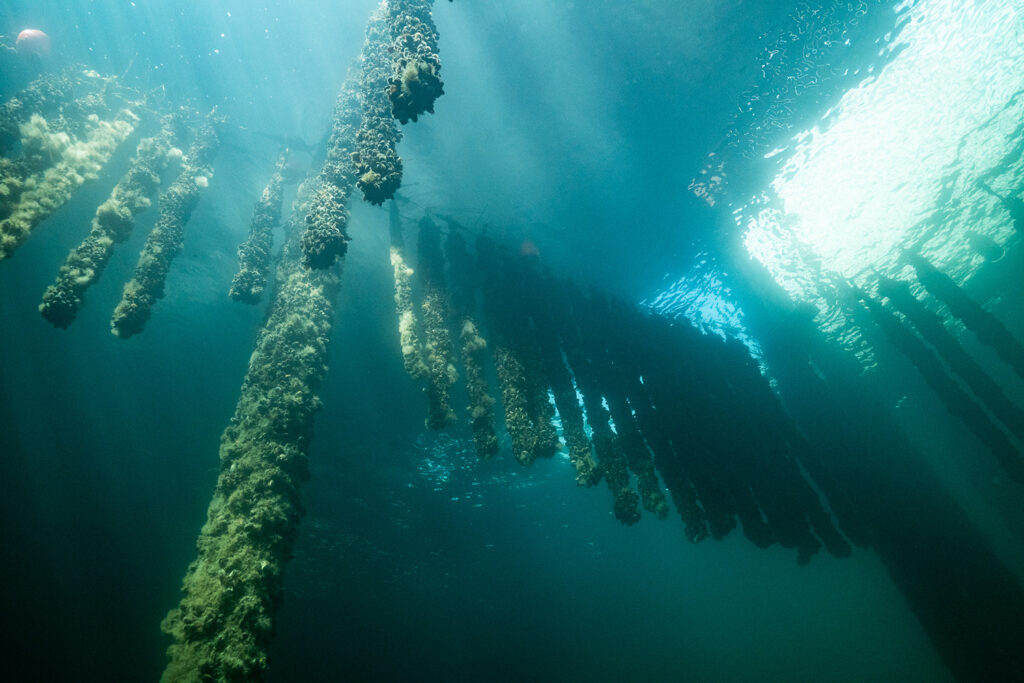 Regenerative ocean farming is trending, but can it be a successful business model?

There are environmental benefits from regenerative ocean farming but its success hinges on establishing community-driven business models. 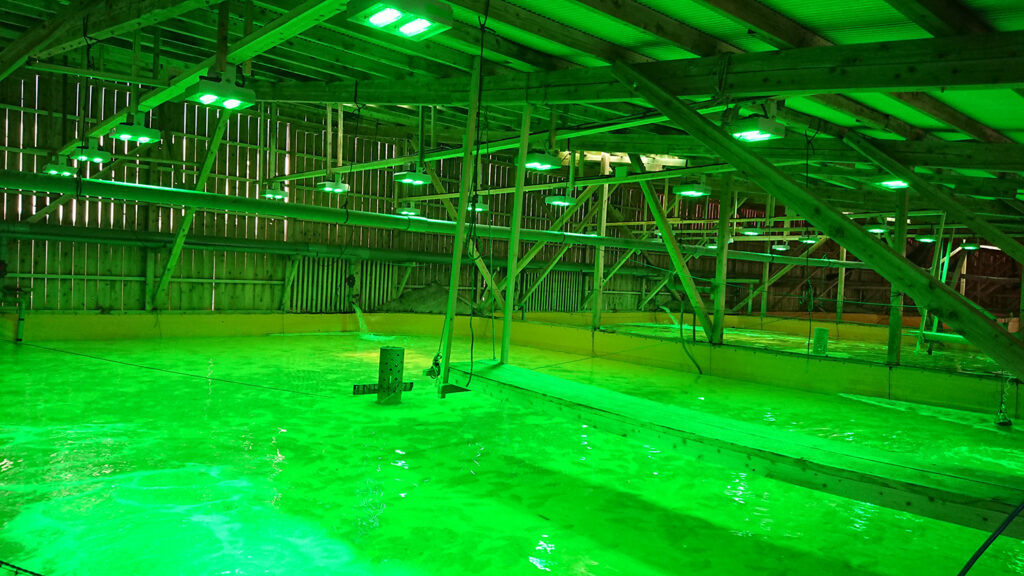