The shrimp farming industry is a major and growing provider of food security and sustainable protein to a rapidly growing human population. In order to fulfill the future protein demand, farming techniques, technologies, and diet formulations must be refined and improved. Many farms are still using unsustainable ingredients as protein sources, and poor feed management often leads to overfeeding. Shrimp feed accounts for the highest variable cost in most operations as well as the initial source of nutrients loaded into the culture system. Therefore, the use of unsustainable ingredients, inefficient diet formulations, and poor feed management produce both economic and ecological problems.

Our work at Auburn University combines the use of new technologies, management practices, and novel diet formulations to improve the efficiency of shrimp production while accounting for economic and environmental objectives.

It has been well demonstrated that fishmeal is not necessary for adequate shrimp production, but it is crucial to further improve plant-protein diets to support optimal growth and feed conversion. Feed effectors such as attractants and palatability enhancers have been suggested as supplemental ingredients to improve feed intake and enhance the feed response of cultured shrimp for example, in a laboratory feed trial utilizing PAM in a clear water system,

To further investigate the efficacy of krill meal, squid meal, and fish hydrolysate as supplemental attractants in all-plant diets, we conducted similar trials in semi-intensive ponds and a green water recirculating aquaculture system (RAS). The basal diet consisted of soybean meal and corn protein concentrate as the primary protein sources to produce an all-plant basal diet. This diet was based on the diet formulations used in the Reis and Soares et al. studies.

In the 13-week pond trial, each of the sixteen 0.1-hectare, semi-intensive (30 shrimp per square meter) ponds were equipped with its own automated PAM integrated feeding system allowing for demand-style feeding. In the 9-week RAS trial, the twenty-four, 750-liter tanks stocked at 35 shrimp per square meter were fed predetermined amounts that increased throughout the trial based on an FCR of 1.2 and weekly growth of 1.3 grams per week. Both studies compared the growth performance of shrimp fed the basal “All Plant” diet to three diets supplemented with attractants: basal plus 2 percent krill meal, basal plus 2 percent squid meal, and basal plus 4 percent fish hydrolysate.

Table 1. Formulation (g/kg as is) of treatment diets based on the same all plant formulation with three diets including krill meal (krill), squid meal (squid), or fish hydrolysate (fish hydro) as an attractant. Each diet was formulated to 36 percent protein and 8 percent lipid and commercially extruded (Zeigler Bros, Inc. Gardners, Pa., USA) as a 2.4mm sinking feed.

Weekly sampling was conducted for the pond trial by cast netting and group weighing approximately sixty shrimp, which provided relative individual growth data and a general health assessment. At the end of the 94–97-day trial, all ponds were fully harvested, and production values were determined. Harmful blue-green algae blooms occurred in some ponds due to heavy rains and a hurricane delayed harvest, further stressing the shrimp. The combination of the stressors led to very low survival rates in some ponds. As a result, six ponds were excluded from the final data set. The remaining ponds in the data set showed no significant differences between diets for any major production parameter except feed input and feed cost.

Significantly more of the fish hydrolysate diet was fed to the respective ponds than the all-plant diet, suggesting that the addition of fish hydrolysate to soy optimized diets may increase the intensity of the feed response in Pacific white shrimp in semi-intensive pond culture. The observed increase in feeding activity may also be the result of other factors, such as the abundance of barnacles and insects in the ponds.

In both trials, a positive response was observed in shrimp fed diets augmented with attractants. In tank-based systems the use of attractants improved production and seems to be a viable improvement for plant-based feeds. Albeit, before conclusions can be drawn on the efficacy and economic benefit of attractant supplements to soy-optimized diets, further research on the subject is required. 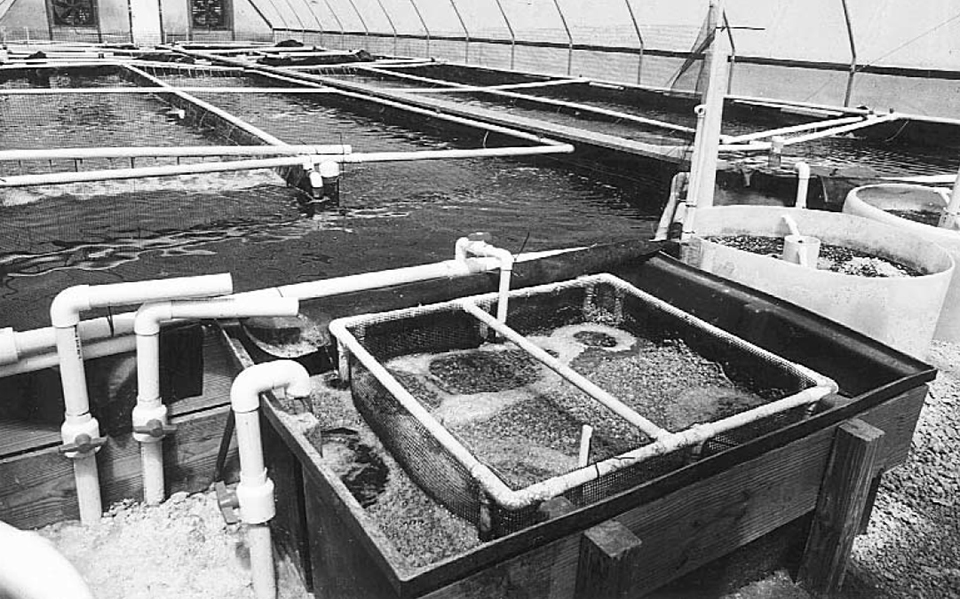 RAS inputs and outputs are easily quantified, but even an efficient system will appear to have higher operating costs than a traditional pond.

A tiny Arctic crustacean can boost larval and broodstock nutrition as the organism is analogous to artemia in some respects. 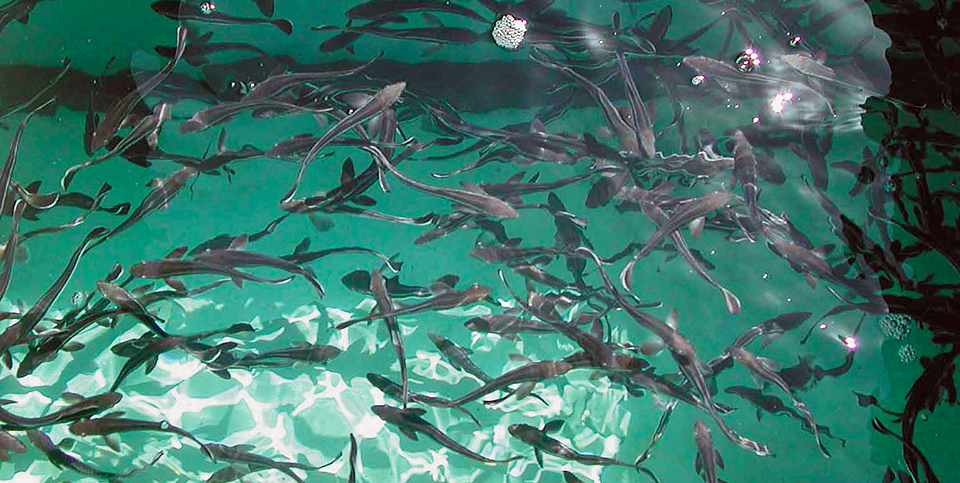 Successful weaning of marine fish larvae from live feeds onto dry diets is a demanding process that requires hard work, patience and experience.