Acid-base relationships are important in aquaculture water quality, because they influence pH and concentrations of carbon dioxide and alkalinity. As a general rule, most types of aquaculture can be conducted best in waters that are slightly basic with pH of 7.5 to 8.5. In ponds, waters should have sufficient total alkalinity to buffer against pH change during periods of rapid phytoplankton photosynthesis.

In the atmosphere, sulfur dioxide and nitrogen oxides are oxidized to sulfuric acid and nitric acid, respectively, and reach the earth as dry fallout or precipitation – the acid rain phenomenon.

Because it is saturated with carbon dioxide, rainfall naturally is acidic with a pH of around 5.6. In and around heavily populated and highly industrialized areas, rainfall can have an average pH between 4.0 and 4.5, and rainwater from individual storms can be even more acidic.

In areas with highly leached, acidic soils and low-alkalinity surface waters, acidic rain can lessen alkalinity and lower pH. Declines in pH of one to two units have been observed in some lakes in the eastern United States and Canada, and adverse effects on fish health, reproduction, survival and growth have been noted.

There has not been much concern about the effects of acidic rain in pond aquaculture. In areas where surface waters are susceptible to acidification by acid rain, the application of agricultural limestone traditionally has been used to increase total alkalinity. This treatment buffers water against the impacts of acid rain.

Trout hatcheries and farms supplied by stream water can be impacted by acid rain. Following heavy rainfall, the pH of water in some streams of the eastern U.S. can drop drastically. At some trout farms, inflow must be treated after heavy rains with lime to avoid the negative effects of low pH on fish. Acid rain is not considered a threat to the ocean, because ocean water is well buffered.

News media coverage of acid rain subsided in recent years. Although this was partly because implementation of air pollution control measures lessened the total quantities of sulfur and nitrogen oxides emitted, it was mainly because attention shifted to the possible effects of increasing emissions of carbon dioxide and other greenhouse gas into the atmosphere on the world’s climate. Of course, with the emergence of China and India as major industrialized nations with improving economies during the past two decades, emissions of sulfur and nitrogen oxides are again on the increase.

The possible effects of increases in carbon dioxide and other greenhouse gases on global climate change and sea level are highly publicized and politicized. Although we hear less about ocean acidification, it is definitely occurring.

Carbon dioxide is acidic in water, and raising its concentration decreases pH. The pH of the ocean declined from about 8.12 in the late 1980s to 8.09 in 2008. This decline is expected to continue as atmospheric carbon dioxide rises.

A decrease in ocean pH will increase the solubility of calcium carbonate minerals such as aragonite and calcite, which comprise the shells of many marine organisms. There already are reports of thinning of shells that could eventually threaten their existence and the biodiversity of the ocean. Of course, molluscan shellfish aquaculture will be negatively affected by ocean acidification along with wild organisms.

It is interesting how some predictions about pollution do not work out as anticipated by many scientists and environmentalists. The acid rain phenomenon is a good example.

Acid rain has not led to acidification of streams in the eastern U.S as predicted. In fact, recent scientific papers report that many streams in the area are increasing in pH, and the alkalinity of some rivers has doubled since the 1960s. The reason given is increased weathering of soils and mineral formations by acidic rain, especially in areas with limestone formations. However, this explanation does not make sense, because the input of acidity in rainfall should neutralize alkalinity.

The author has worked for many years with ponds on the E. W. Shell Fisheries Center at Auburn University that are filled by water from a small stream draining a catchment with acidic soils of the Piedmont Plateau. In the early 1970s, the stream consistently had a total alkalinity of 14-18 mg/L. Today, the stream has an alkalinity of 25-35 mg/L. As there are no limestone formations on the catchment of the stream, the source of increased alkalinity apparently is weathering of silicate minerals.

Reports about alkalization of streams in the eastern United States and elsewhere consider it an undesirable phenomenon. Increasing alkalinity usually would not be detrimental to aquaculture. For example, at the E. W. Shell Fisheries Station, ponds traditionally have required limestone applications at one- to three-year intervals to maintain acceptable alkalinity. The increase in alkalinity in the source water from the stream lessens the need for limestone. 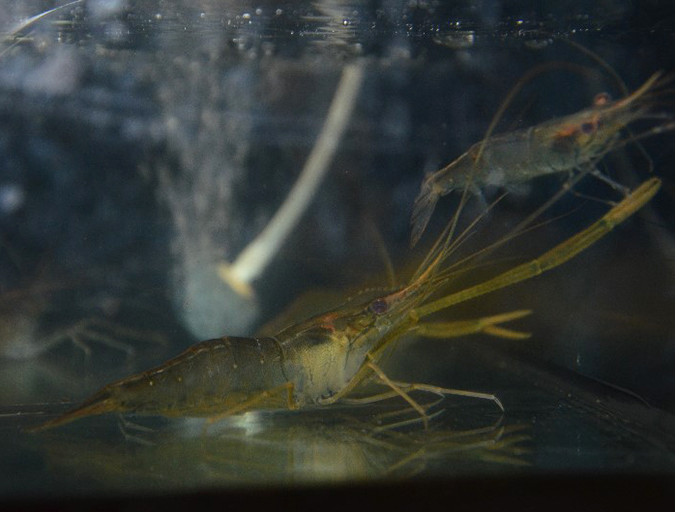