The shrimp farming industry in Panama, which relies mostly on semi-intensive technology that is highly vulnerable to several shrimp pathogens, has been severely affected by WSSV since March 1999. A different approach using a zero-exchange, intensive system was designed, built, and operated for one cycle to determine the feasibility of producing shrimp commercially in areas of Panama where WSSV is widespread. The final design of this project relied significantly on earlier work on zero-exchange systems at the Waddell Mariculture Center (South Carolina, USA), Belize Aquaculture, Ltd., and on preliminary work carried out at the Camaco farm in Panama.

The farm is located on the Azuero Peninsula about three hours from Panama City. Construction of the first phase, carried out during early 2000, included support facilities (warehouse, laboratory, and office), a pump station and screen filtration system, three 1-hectare reservoirs connected in series, a 3-ha sedimentation pond, and 20 production ponds with a depth of 1.2 to 1.4 meters and area of 4,000 square meters each. The farm draws water from a tidal creek about 1 km from its mouth to the ocean. Each pond is equipped with four, 2-hp paddle wheel aerators (20 horsepower per hectare).

Pond preparation procedures included the application of five metric tons (MT) of calcium carbonate per pond (equivalent to 12.5 MT per hectare). Water was filtered at the entrance to the first reservoir through 1,000-micron mesh, through 500 micron between reservoirs, and between the last reservoir and the distribution canal.

Postlarvae produced from specific pathogen free broodstock and reared at the Camaco Laboratory were used to stock the ponds. Broodstock originated from Shrimp Improvement Systems (Florida, USA) and had been certified free of WSSV and IHHN. PL13-17 were directly stocked after a short, pond-side acclimation. Three stocking densities were used (50, 60 and 80 PL per square meter).

One of the main objectives was to maintain minimum DO levels at no less than 5 milligrams per liter for the duration of the cycle. During the first two weeks after stocking, no aeration was needed to maintain acceptable DO levels. Between days 16 and 30, only two aerators were operated for 8 hours during the night. Between days 31 and 60, all four aerators were needed, running for 12 h during night. Between days 61 and 75, the aerators operated for 18 hours (4 p.m. to 10 a.m.). After day 75, they ran around the clock.

A local feed (25 percent protein) was used during the entire cycle, and manually distributed from the pond levees. During the first month after stocking, feeding rates were based on a table, and applied twice per day. Starting around week 5, daily rations were adjusted using two feed trays per pond. Three feed applications were used between days 30 and 70, and increased to five applications thereafter.

The results obtained demonstrated it is possible to grow shrimp commercially in areas of Panama where WSSV is endemic, using biosecure, intensive systems with zero exchange of pond water. The critical elements of this system – as reported by others before – are the use of healthy, disease- free seedstock; water free of pathogens and other biosecurity measures; and no exchange of water during the cycle. 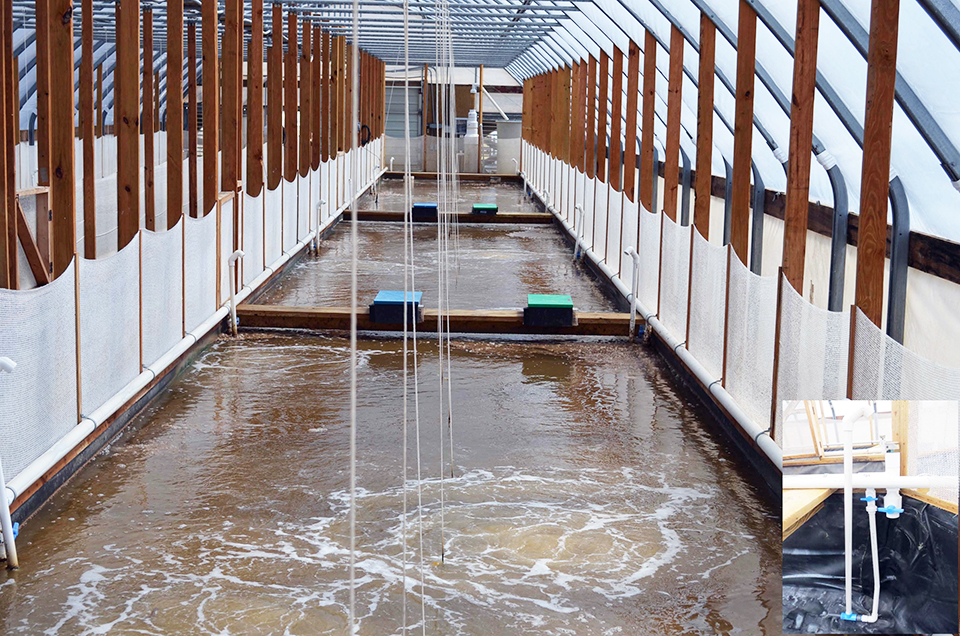 The authors conducted studies to test the performance of young shrimp postlarvae in systems with different approaches to aeration and water handling. Proactive management through proper feed applications and water quality control were critical elements. 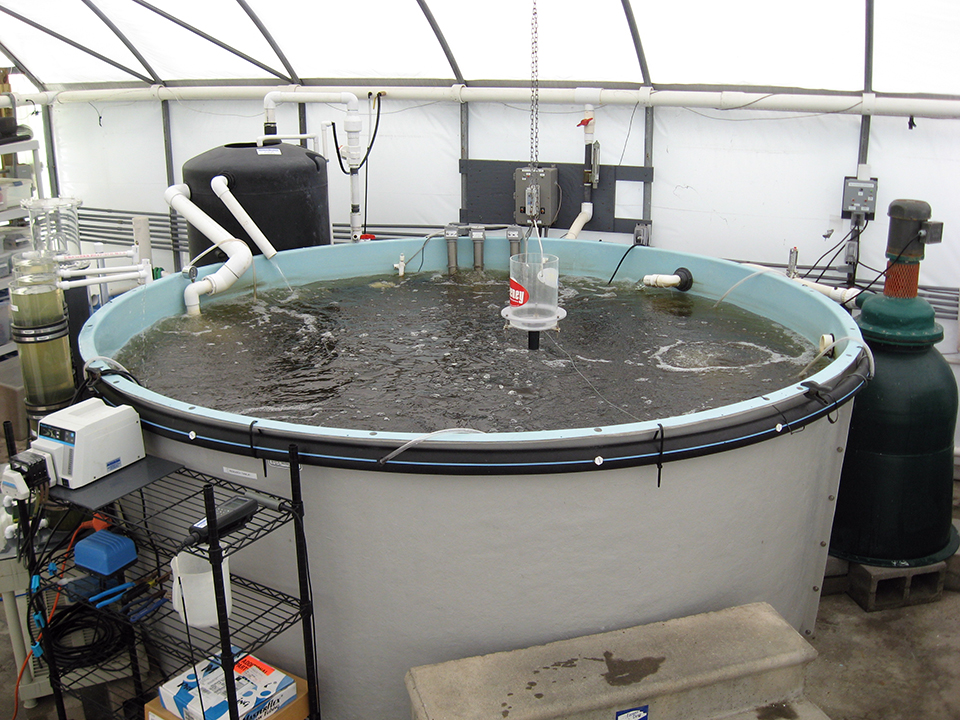