Efforts are underway to create value from uneaten fish feed and, yes, feces

The intensification of aquaculture has resulted in more inputs and increased waste from production systems. Treating and dealing with waste material and suspended solids, such as feces, can be expensive and time-consuming.

But instead of seeing waste as something to get rid of, a different approach is taking shape. Norwegian fermentation technology firm Hyperthermics is eliminating fish waste in a creative way. Its new technology utilizes volcanic matter (living hypertermophilic organisms) to transform salmon waste, including feces and uneaten feed, from smolt, post-smolt or land-based salmon farms in Norway into a powder containing high protein levels. The company is now exploring the possibility of selling the powder as an alternative feed ingredient.

The technology also creates sustainable and environmentally friendly biogas to power its factory. Depending on the amount of undigested feed and feces in the sludge, up to 40 percent of the sludge will become protein after the treatment.

“Our latest technology is a good incentive for aquaculture to embrace and introduce green, sustainable solutions,” Hyperthermics CEO Erlend Haugsbø told the Advocate. “Our bacteria have been doing environmental work on our planet for billions of years. Now that we’ve trained them to perform their green magic in our reactors, they do the world’s fastest decomposition of biomass. And it’s even greener than before, as they reduce climate gas emissions by producing biohydrogen or biomethane inside the reactors.”

Haugsbø added that “soon, sea-based aquaculture facilities will also be obliged to harvest and handle fish waste from their cages in closed-containment systems.”

Aquaculture needs to find fishmeal alternatives to improve sustainability. By using fish waste, Hyperthermics hopes to bring the industry to a new level in the search for such alternatives. But deciding which species to target has been challenging. According to EU regulations, fish cannot be given feed made from their own species or their byproducts, so the salmon sector may not be viable. But Haugsbø doesn’t see this as an obstacle.

“I haven’t found any evidence that giving [a salmon- or salmon byproduct-based feed] to salmon is risky,” he said. “I think the concerns are mostly out of fear, to be on the safe side, so we’re also staying on the safe side and focusing on species such as shrimp and lumpfish. The regulations could change as the population continues increasing and protein becomes harder to get but I don’t think that will be on the agenda just yet.

“Cost reduction and reduced environmental impact are two important features for farmers today,” he continued. “We expect stricter regulations in the future related to discharge permits, but we also hope for incentives to stimulate farmers’ efforts in upgrading waste to reused material.”

Haugsbø is engaged in positive discussions with the Asian shrimp market and feed producers for lumpfish in Norway. He’s also looking into the possibility of applying his technology to other similar waste types.

Meanwhile, Faroese salmon firm Bakkafrost is aiming to become a recognised expert in the use of poo power – generating electricity and heat from fish feces. For several years Bakkafrost has been increasing smolt production on land by expanding existing hatcheries and constructing new ones. This has made it possible to breed larger smolts before releasing them into the sea. However, hatchery expansions have significantly increased biomass on land with an associated increased amount of feces.

In order to address this, the company is building a 12,000-square-meter biogas factory called Förka, the first and only biogas plant in the Faroe Islands that will convert salmon and cattle feces into electricity, heat and even high-quality fertilizer.

Waste will be broken down into smaller molecules through anaerobic digestion. The biomasses will be mixed into a uniform mass and all dry matter disintegrated to a particle size of below 10 mm. They will also be converted into carbon dioxide and methane, the latter used for renewable energy production and digestate, which is used as fertilizer. Heat treatments will mitigate any risks associated with fish waste and eliminate potential pathogens and diseases.

“Cattle farmers will get the fertilizer back free of charge and be able to fertilize their fields with a better manure than before,” said Poul Andrias Jacobsen, marketing manager at Bakkafrost. “Meanwhile, the biogas plant will supply green energy in the form of electricity, which will feed into the national grid, as well as heat.

“Concerns have been high that the large scale-up of land-based production in our new hatcheries will [increase] fivefold the biomass and possible outlet of feces into the fjords,” Jacobsen continued. “If nothing is done, this will increase environmental footprint significantly. The idea behind the new system is to reduce environmental impact by decreasing run-off into fjords. It’s all part of our Healthy Living Plan — our sustainability plan setting goals for how we improve our farming procedures.”

“Using salmon waste has several advantages,” said Jacobsen. “Compared to cow manure it contains more energy per volume. It allows sustainable fertilizers to be used on Faroese farmland and we can reduce feces disposal into the sea, minimizing local pollution.”

If treated correctly, salmon waste can also produce a fertilizer that is much more nutritious than cow manure, smells less and is much more liquid in form. This allows nutrients to quickly penetrate through the soil.

Fish waste is currently processed in the Faroe Islands and shipped to Denmark but shipping can be difficult, expensive and unsustainable. Seeing this as an opportunity, Bakkafrost decided to establish something closer to home. All waste will be transported to the new factory using just one truck.

Close neighbors are sceptical regarding possible smell issues, but feedback has been positive, said Jacobsen.

“We’re now planning to work with the authorities to adapt legislation and make it possible to use other organic biomasses like household or industrial waste,” he said.

Förka’s construction began around May 2019 and is expected to finish in May 2020. The plant is expected to contribute to the Faroe Islands’ goal of using 100 percent green energy by 2030. 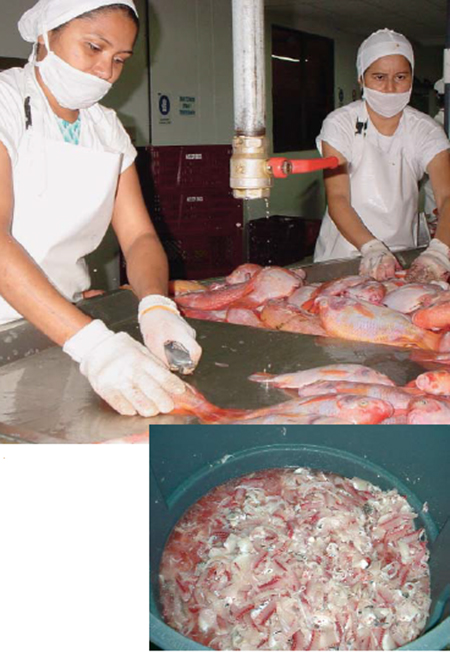 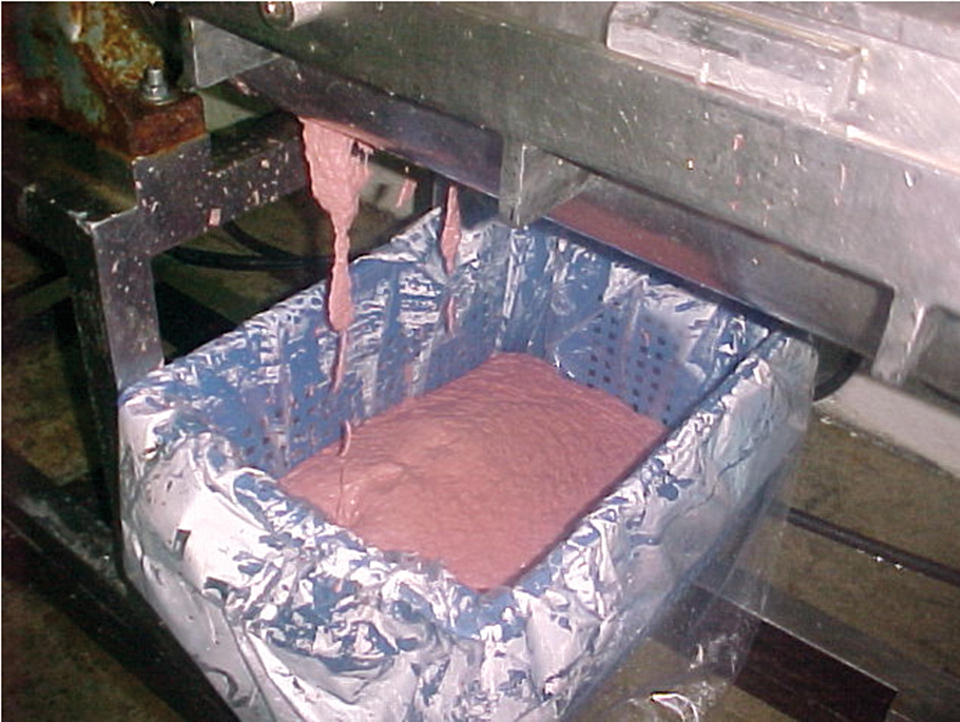 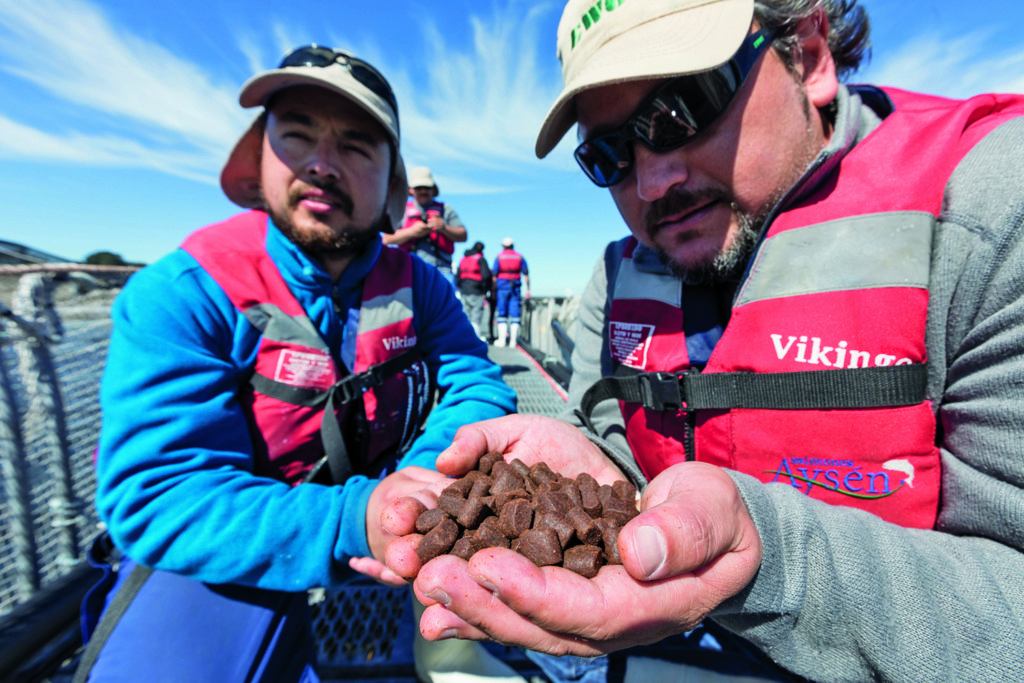