Much is known about how the U.S. retail supermarket sector addresses seafood sustainability. In recent years, the sector, driven by major retail brands, has continued to invest in sustainable seafood programs and certification — these efforts have been widely reported in in the press.

However, far less is known about how the foodservice sector is addressing seafood sustainability and certification. This is no small matter when the size of the U.S. foodservice industry is considered. Over the past decade, foodservice sales in the United States experienced steady growth and in 2015 exceeded $700 billion. In an effort to bridge this gap, the Global Aquaculture Alliance (GAA), for the first time, is investing in research to better understand the perceptions of key players in the foodservice industry.

In the fall of 2015, I partnered with GAA in the launch of a pilot research project to explore professional chefs’ perceptions of farmed seafood and seafood sustainability. Four key research questions were composed and a 20-question online survey was developed. A targeted national sample of working chefs and cooks who have direct or indirect seafood procurement responsibilities within the United States was established. Participants consisted of a convenience sample of chefs from across foodservice sectors with an initial outreach to 500 participants via email. A total of 132 targeted participants responded to the survey and from that, 90 respondents were deemed qualified to complete the entire survey based on requirements. For background: Close to 98 percent of participants have five or more years of industry experience and a majority of participants (more than 90 percent) have completed a formal education. These are individuals who not only have experience but purchasing responsibility as well.

Chefs and cooks rely heavily on their vendors and suppliers rather than taking a more proactive stance when it comes to sustainable seafood and procurement. Perhaps this is due to the complexity of the seafood category and time constraints placed on the typical working chef.

Major findings include a belief that consumption of farmed seafood is growing, that the top three species sold are primarily farmed, and that chefs and cooks consider seafood sustainability important. Participants also reported strong preferences when it comes to country of origin and above-average but limited awareness of Best Aquaculture Practices (BAP) and Aquaculture Stewardship Council (ASC) certification logos. Interestingly, chefs reported a strong reliance on vendors and suppliers when it comes to seafood sustainability information and guidance.

We also learned that chefs don’t always check to see if the seafood delivered to their kitchens is from a sustainable source. When asked specifically about farmed seafood, chefs considered consistency in price and supply, followed by reduced pressure on wild seafood stocks, as the primary advantages to buying farmed seafood. Participants also reported strong preferences regarding country of origin with sources in the northern hemisphere taking priority.

The research project also explored chefs’ awareness of certification logos. Sixty percent of respondents reported that they are familiar with the BAP logo but only 47 percent reported familiarity with the ASC logo. The influence of these logos on purchasing decisions as reported was marginal. When seeking sustainability information participants prefer online sources (43 percent) followed by visits to sources, suppliers and vendors (33 percent).

Unfortunately, only 43 percent of chefs reported a positive perspective on farmed seafood overall — with another 43 percent neutral and 13 percent negative. We tested those with a negative perspective on farmed seafood, offering them a follow-up question and found multiple reasons for their positions, including quality, environmental and ecological concerns and animal welfare.

Key lessons from this ongoing research included an overall perspective that chefs and cooks lack knowledge about seafood sustainability, certification programs and best production practices, particularly in countries in the southern hemisphere. Chefs and cooks rely heavily on their vendors and suppliers rather than taking a more proactive stance when it comes to sustainable seafood and procurement. Perhaps this is due to the complexity of the seafood category and time constraints placed on the typical working chef.

Opportunities for improvement in this arena include providing chefs and cooks information about certification programs and logos in order to strengthen their understanding and assure these logos are considered when making purchasing decisions. Thought should be given to improving their perceptions of farmed seafood, which can be achieved through additional knowledge and resources. Though country of origin perceptions are strong, there is opportunity to share more about the positive and sustainable practices of many of the certified providers located in countries that are ranked as avoid. 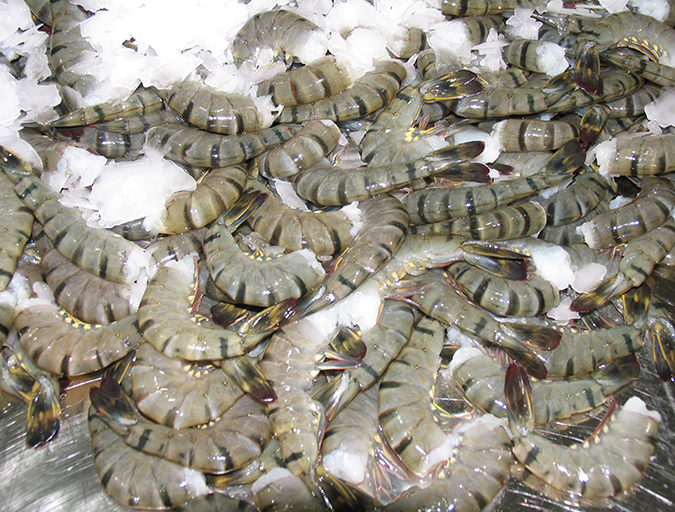