The hard clam (Mercenaria mercenaria) is the primary aquacultured food species in Florida, USA, with a value of U.S. $19 million in 2007. Recently, the need for a hardier clam strain has become evident, as clam farmers in Florida report below-average survival during the prolonged hot summer. During this season, clams that have lost body mass from spawning encounter temperatures over 30 degrees-C, reduced phytoplankton production and large salinity fluctuations from summer rainstorms.

Induced triploidy, a condition where organisms contain three sets of chromosomes instead of the usual two, may improve the survival of cultured hard clams. As triploid clams are virtually sterile, energy normally utilized for gametogenesis would be available for basic metabolism during stressful periods, potentially resulting in enhanced survival and production.

Triploidy can be induced in a fertilized clam egg by inhibiting the extrusion of the first polar body (PBI) or the second polar body (PBII) using chemicals such as cytochalasin B (C.B.). The production of high proportions of triploids relies upon meiotic stage synchrony of the eggs.

In this research, egg samples were taken during 10 induction trials to evaluate triploid induction efficiency. Eggs were sampled before insemination and intermittently afterwards for up to 90 minutes. Triploid proportions from the cytological data ranged 0 to 100 percent, whereas triploid proportions measured by flow cytometry ranged 0-93 percent triploids.

However, estimated triploid values for a particular group of clams were not always similar for both methods. Conditions that decreased triploid induction efficiency included low C.B. concentration (0.67 mg/L as compared to 1 mg/L), prefertilization of eggs that severely reduced triploid induction and larval survival (1-2 percent as compared to control), and early or late addition or removal of C.B. During these trials, groups of triploid and sibling diploid hard clams were successfully produced for laboratory and field research.

Lower growth for triploids clams of this age was not expected, and the authors do not have an explanation for this result. Although triploids were smaller than diploids, lab-based challenge experiments would aid in determining if they are more resistant to stressors, such as temperature and salinity compared to diploids, thus increasing survival.

Field growth studies were interrupted during the severe 2004 hurricane season with loss of most groups. Two months after the hurricanes, 1-year-old PBII triploids from one family were significantly smaller in shell length (20 vs. 23 mm), shell width (9 vs. 11 mm), whole weight (2.0 vs. 3.3 grams), and dry meat weight (0.07 vs. 0.10 grams). However, the triploids had a significantly higher condition index (6.6 vs. 5.6), which is the ratio of dry meat to shell weight.

Further analysis of gametogenesis of triploid clams cultured at Cedar Key found an increase in the proportion of clams that exhibited sexual differentiation in both ploidy types, as well as a corresponding increase in the female:male ratio in diploids between December 2004 and April 2005.

Based on the energy reallocation hypothesis, triploids divert energy from reproduction to somatic growth, resulting in larger and potentially hardier clams. Triploid and sibling diploid clams with 45-mm shell length were exposed to salinities of 10, 25 and 40 ppt, and dissolved-oxygen levels of less than 2 mg/L (hypoxia) and greater than 5 mg/L (normoxia) with constant 32 degrees-C temperature for 21 days. Observations of clam mortality, siphon extension and burial were conducted at 12-hour intervals to assess the treatment effects.

The survival of diploid and triploid M. mercenaria differed significantly in two of the treatments: 25 ppt/hypoxia and 10 ppt/hypoxia. Burial rates decreased over the duration of the experiment in the 25 ppt/ hypoxia and 40 ppt/hypoxia treatments, indicating a sublethal effect of hypoxia. Triploidy showed an advantage in the 25 ppt/hypoxia treatment, a salinity and oxygen range seen in the field, but the overall results of this experiment suggested that triploidy did not confer a survival advantage for hard clams.

In further testing, the metabolic efficiency of diploid and triploid clams at typical water temperatures in Florida was compared. Oxygen uptake rates were determined at 20, 25, 27, 30 and 32 degrees–C at 25 ppt salinity for clams of similar sizes. Oxygen uptake varied significantly as a function of temperature but not ploidy, increasing from 481 ug/g/hour at 20 degrees–C to 1,479 ug/g/hour at 27 degrees–C, but not changing significantly above that temperature. These results suggested that 27 degrees–C is a temperature threshold, beyond which there may be an onset of partial anaerobic metabolism.

To further understand the physiology of thermotolerance in hard clams, heat shock protein 70 (Hsp70) and survival were measured in triploid and diploid hard clams of different sizes and different families. Clams were exposed to heat shocks of 5-13 degrees above ambient temperatures of 20-25 degrees-C for various durations: one hour, one day, five days or seven days.

In diploid hard clams, Hsp70 tissue concentration was 177 percent and 247 percent greater than controls for clams exposed to 5.5 degrees–C heat shock for one and 24 hours, respectively, indicating a typical response to thermal stress. In both diploid and triploid clams exposed to heat shock 10 degrees above ambient temperature for five days, Hsp70 expression decreased for the first 24 hours in all families as compared to initial values. After five days, Hsp70 values returned to initial values in survivors of all families.

Interestingly, survival was higher for clams with higher initial Hsp70 concentrations. Both Hsp70 and survival were influenced by genetic or family background and not by ploidy. The survival of triploids was similar or slightly higher than diploids.

A separate set of PBII triploid and control diploid hard clams was produced after the 2004 hurricane season and cultured at Cedar Key. At harvest, there was no difference in shell length or total weight between diploids and triploids (Table 1). Triploids were found to have a higher condition index, but the diploids had higher survival. 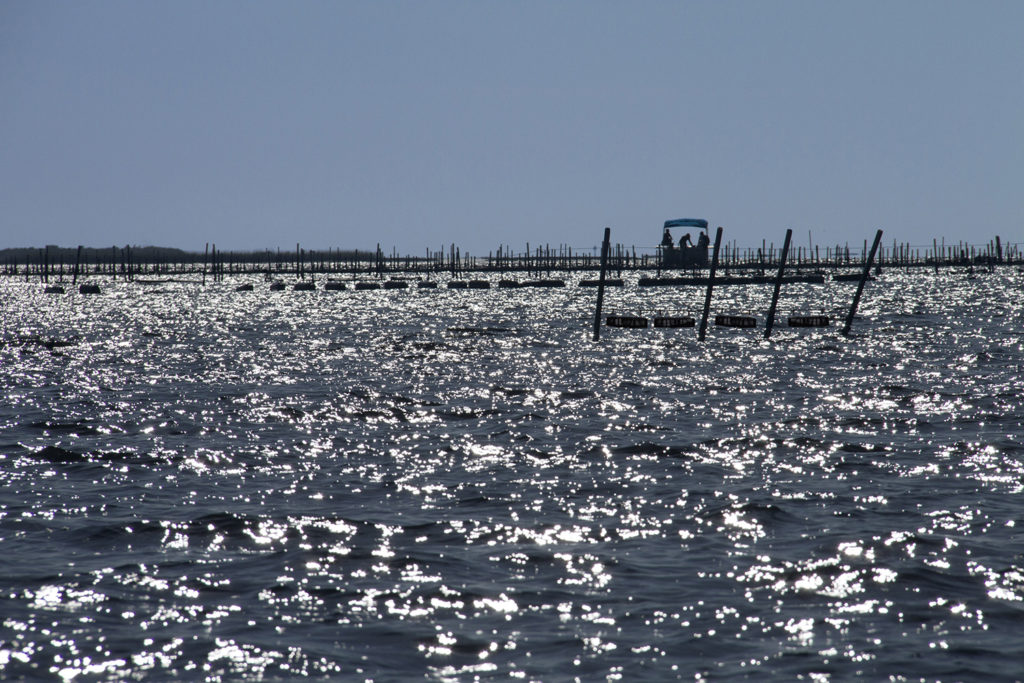