The FishSounds website, so far 239 recordings strong, is essential listening if you’ve ever wondered what clownfish, bigeye scad and Atlantic croaker sound like (a woodpecker-y tapping, a fast-paced rasp and an as-advertised croaking, respectively). This first-of-its-kind audio repository also represents the next, potentially critical, phase of marine acoustic research – one that could revitalize marine ecosystems and have positive implications for both wild fisheries and aquaculture.

It’s long been known that fish make noises – active, purposeful noises to attract mates or warn of danger, as well as passive, incidental noises like chewing. Heard all together, they signal a healthy marine environment. Now, as researchers begin to be able to match specific fish to their particular noises, they’re also piecing together ways this information might be used to restore habitat, build back biodiversity and improve the fisheries industry.

“There’s pretty good evidence to suggest that if you play sounds [underwater], you can get fish species settling” in a habitat, said Audrey Looby, a doctoral candidate in fisheries and aquatic sciences at the University of Florida. She’ll soon be contributing her own recordings to FishSounds; meanwhile, she co-authored a recent review paper that considers how fish sounds could impact management practices, among other issues.

According to Looby, marine organisms of all kinds are attracted to the sounds of a healthy ecosystem. If she and her co-researchers can home in on just the right collection of sounds, the thinking goes, they can bring fish and mollusks back to regions they’ve previously abandoned and begin the process of repopulating them. “You can put out really nice habitat but if species can’t recognize that as beneficial at the start, then you might never get the kind of settlement you’re looking for,” Looby said. “Sounds could play a role where it’s saying like, ‘Hey, we promise that this is good habitat; you just settle here and it’ll be okay.’ And then it’ll eventually grow to produce its own sounds … and create a positive feedback loop that leads to a healthy ecosystem.”

Alternately, piped-in fish sounds might also encourage settlement in regions that are “safer” for fish because of cooler waters, fewer predatory species and protection from disturbances like ship traffic, for example.

First, though, researchers need to get better at understanding who’s making what sounds and whether they attract the right kind of species for restoration; then, the applications for wild fisheries could be significant, and more widely relevant than for resettlement purposes alone.

At the moment, “It’s really hard to find fish in the wild or even to get a good idea of how many fish there are in the ocean,” Looby explained. Since a lot of commercially valuable species, like grouper, pompano, cod and black sea bass, use sounds during reproduction, researchers “can use that to map distribution, preferred spawning habitat, how large the aggregations might be, what time of day and time of year that they’re reproducing. For certain species, you can even correlate the amount of sound production you’re detecting with how successful their spawn is.”

In her research, Brittany Williams, a doctoral candidate at the Southern Seas Ecology Lab at the University of Adelaide, Australia, has found similar implications of healthy-ecosystem sounds for wild oyster spat. “Our work with Australia’s flat oyster has shown that oyster larvae … settle in greater densities in the presence of attractive sounds (i.e., healthy reef sounds of snapping shrimp),” Williams said in an email, noting that “larvae at oyster farms, and wild larvae nearby who are ‘passing through,’ would likely be attracted to farms that play healthy habitat sounds, rather than continuing to move through the barren, silent patches of the ocean that may not offer a place for them to settle.”

This could have a secondary positive affect on farmed oysters as well. “If sound technology is used for restoration to boost reefs, increases in oyster larvae from here would also likely lead to overspilling of larvae into nearby oyster farms. This technique could therefore also be used to build reefs for oystermen to harvest from,” Williams continued.

Looby, too, sees benefits to better understanding marine acoustics in raising fish. “Coordinating fish spawning in aquaculture can be really complicated and limits what species you can raise, but also which ones you can get to successfully spawn if you want to do it from egg to full growth,” she noted. Being able to hear what’s going on underwater, though, can help aquaculture producers monitor not only spawning rates but feeding and school size as well.

Looby and Williams note that there’s still plenty left to know about how best to use acoustics in fisheries and aquaculture management – how to not attract invasive or predatory species, for starters. And there are other measures that must be concurrently implemented for both short- and long-term success, like reducing anthropogenic noise to avoid stressing out marine life, as well as allow it to hear natural sounds.

“We are still in the early days of using acoustic enrichment, but encouraging collaborations between restoration ecologists, technologists and oyster farmers could help speed up this process,” Williams said. 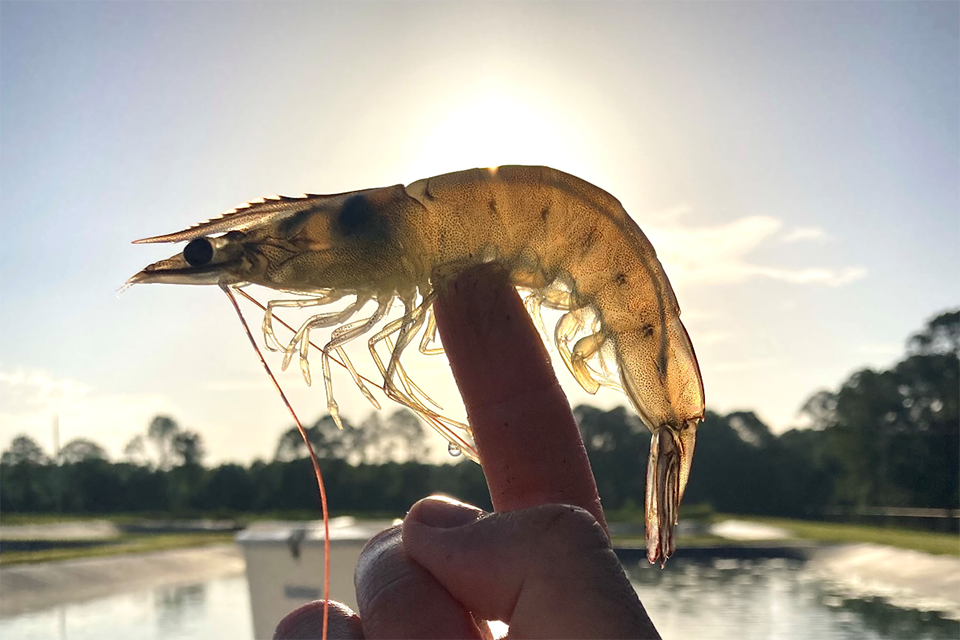 The addition of fish hydrolysate to soy-optimized diets can increase feed-response intensity in L. vannamei in semi-intensive pond culture. 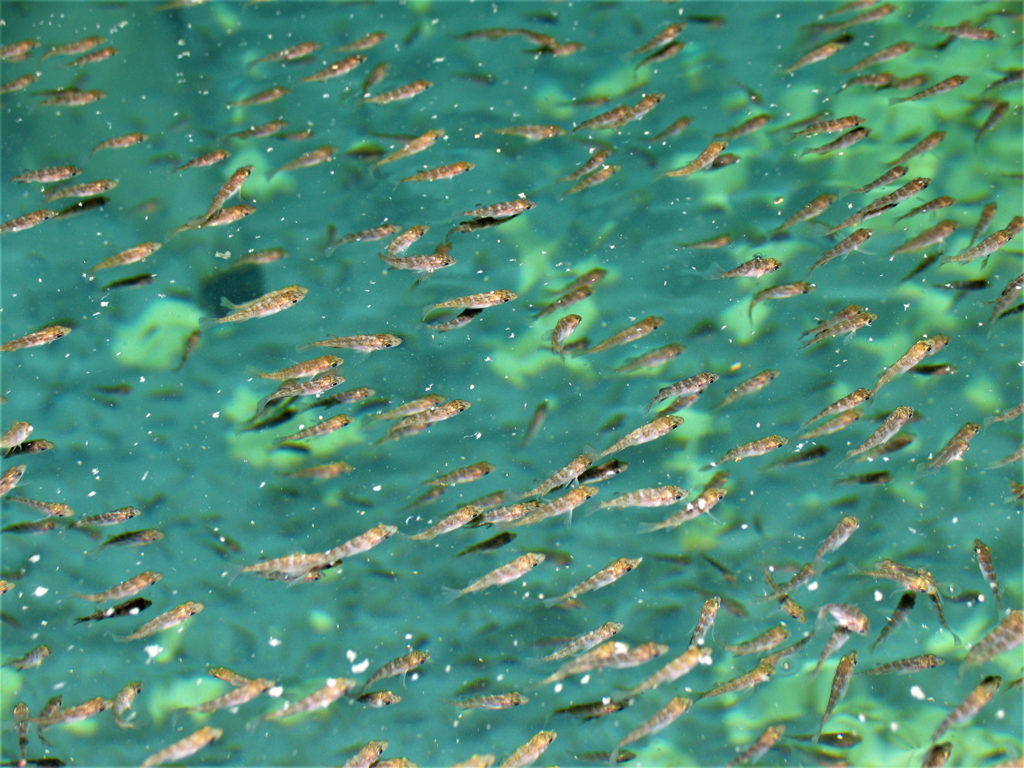 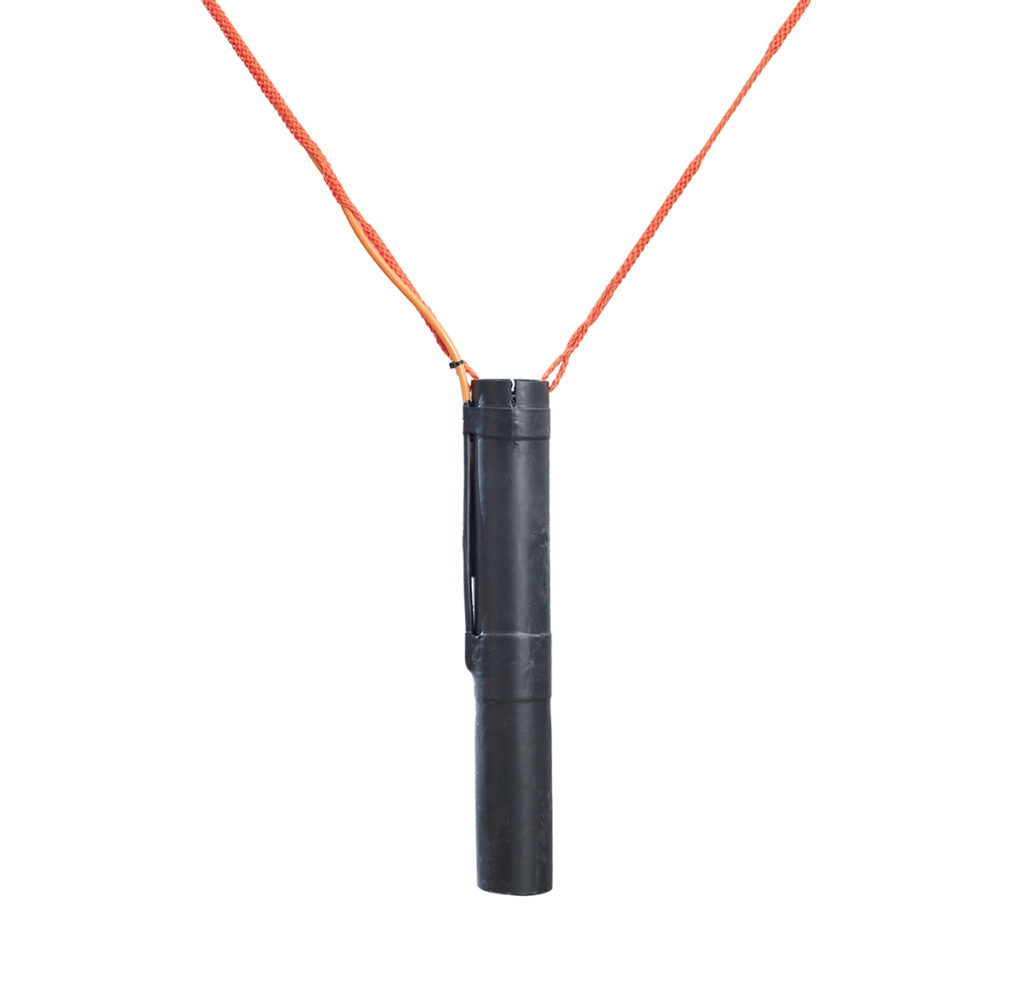