Seaspiracy, a documentary-styled film released on Netflix this week, intends to shock, and on that count it succeeds.

The 90-minute exposé shows ocean pollution and its vast effects on marine life; it displays grotesque images of dolphins and whales being slaughtered and of vast bycatch species dying, alleging that commercial fisheries have little regard for marine animals and birds; and it outright dismisses aquaculture for its use of marine ingredients and for what it says are poor culture environments.

With the financial backing of Hollywood star and environmental activist Leonardo DiCaprio, Seaspiracy follows in the footsteps of the similarly produced film Cowspiracy, released in 2014. Like its predecessor, this new film’s clear aim is to turn viewers off of animal proteins in favor of plant-based diets. It doesn’t pull any punches in doing so, alleging:

To make his case, director Ali Tabrizi exhibits victims of forced labor on fishing vessels, notably those from previously documented cases in Thailand. One person who survived tells of physical abuse and the constant threat of death from vessel operators.

Tabrizi also takes on the leading seafood certification group, the Marine Stewardship Council, and concludes that its blue label is purely financially motivated. He describes a shroud of secrecy hanging over the seafood industry that’s aimed at controlling and protecting the financial interests of seafood producers. While MSC did not answer his questions on film, it issued a response upon the film’s release:

“There is a crisis in our oceans, and an urgent need to end overfishing. However, it is wrong to claim that there is no such thing as sustainable fishing and that the only solution to stop eating fish. Some of the problems that the film highlights – bycatch, overfishing and destruction of marine ecosystems – are precisely the issues the MSC certification process is designed to address.”

MSC was not alone in voicing its discontent with the film, which the New York Times panned, calling it “lost in a sea of murky conspiratorial thinking.” Seafood producers, service providers and industry associations around the world swiftly came out in defense of fishing and aquaculture. In the days prior to Seaspiracy’s release the United States-based National Fisheries Institute said it appealed to Netflix to distinguish between legitimate documentaries and propaganda.

“The concern with some slickly produced propaganda pieces, masquerading as ‘documentaries,’ is that audiences will not recognize the film’s true agenda [as] a vegan indoctrination movie,” the organization said in a statement.

“We know the producer is trying to convince an audience not to eat seafood. He’s gone into filmmaking with a desired outcome for his audience, and that’s not documentary making, it’s propaganda,” Gavin Gibbons, VP, communications at NFI, told the Advocate. “We know from Tabrizi’s previous movies, Cowspiracy and What The Health, that the facts are very relative when it comes to this filmmaker.”

Soon after its release, NFI began debunking some of the key arguments the film makes. “The idea that the oceans will be empty by 2048 is based on a completely debunked 2006 statistic, refuted by the author of the original study. The 2048 statistic was put to rest by a follow-up report in the journal Science released in 2009 under the title New hope for fisheries,” it noted.

UK-based Seafish promptly listed 10 reasons to “feel good” about buying seafood, saying, “films like this are designed to shock and it doesn’t always suit to highlight the good work that is happening (in the UK and beyond) to ensure our fisheries are managed sustainably.”

Seaspiracy director Tabrizi interviews Richard Oppenlander, owner of a vegan company and animal rescue sanctuary, who endorses the call to ban fishing in 30 percent of the oceans by 2030 based on his calculation that “less than 1 percent of our oceans are being regulated,” a point that NFI retorted is “not only inaccurate, it’s nonsensical.”

In his coverage of illegal, unregulated and unreported (IUU) fishing in Africa, Tabrizi claims that one in every three wild caught fish imported into the United States were caught illegally and therefore sold illegally, a statistic that prominent U.S. fisheries researcher Ray Hilborn wrote was not credible, and that the retraction of the approach has been a long, drawn-out process.

Concerning farmed salmon, Tabrizi incorrectly states that farmed salmon is “dyed pink” and implies mortality rates on farms are high. And in a scene in which he witnesses salmon that were destroyed due to disease at a MOWI farm in Scotland, he is joined by activist Don Staniford, who was accused of defamation in 2012 by Mainstream, a Canadian subsidiary of Cermaq.

British Columbia Supreme Court documents from that case note that Staniford “will twist facts to conform to his own personal view,” describe him as a “zealot, incapable of conceding he might be wrong on some things” and declare him to be “severely prejudiced when it comes to salmon farming, aiming to ridicule and humiliate people who do not agree with his views.” For its part, MOWI posts mortality from every site on its website each week and current monthly survival rates across all its farms exceed 99 percent.

The Scottish Salmon Producers Organization released a statement that the allegations leveled against the industry in Scotland in Seaspiracy are “wrong, misleading and inaccurate. Contrary to their claim the filmmakers have not reached out to, or actively engaged with, our sector. This part of the documentary is simply privileged activism masquerading as investigatory filmmaking.”

Katherine Bryar, global head of marketing and branding for the Danish aquaculture feed manufacturer BioMar, told the Advocate that while the company is “dedicated to innovation, we’ve not necessarily been great at telling our story.”

“For decades we’ve been improving and optimizing our feed ingredients to minimize our dependency on fish and look for alternative sources of ingredients. We are known in the industry as a sustainable feed supplier, and we need to tell our story so that our farmers know what we’re doing and what our policies are around sourcing. They can rest assured that when they buy BioMar feed, maximum sustainability practices are in place.”

A movie like Seaspiracy brings this issue out of the B2B world and into a broader world, she added. “We want to make sure that this conversation is accessible to consumers, so they can be assured that when they choose aquaculture being fed BioMar feed, it’s O.K. It’s not connected to those atrocities.” BioMar issued this video for its customers and stakeholders.

More fish in the sea

The nonprofit MSC defended the licensing fees around the use of its eco-label, saying that all the income goes back into its program work: “That includes providing grants through our Ocean Stewardship Fund to support fisheries in the developing world reform their fishing practices to become sustainable. We are entirely transparent about our market-based funding model, and it is completely wrong to imply – as the film does – that our independent certification process is financially motivated.”

Alluding to the vegan diet of the filmmakers, MSC added that it’s “not surprising that the film concludes only plant-based alternatives are viable. Whilst we recognize and respect veganism as a wholly legitimate choice, it is worth remembering too, that millions of people around the world rely on seafood for their protein needs. With the global population set to reach 10 billion by 2050, the need to harness our natural resources responsibly is more urgent than ever. Sustainable fishing has a vital role to play in securing those resources.”

The Global Aquaculture Alliance (Editor’s note: The Advocate is a GAA publication) invited Ali Tabrizi and Kip Anderson, executive producer of Seaspiracy, to take meaningful action by joining the responsible-seafood journey and participating in its upcoming discussion on social accountability in its series of GOAL 2021 virtual events.

On the University of Washington’s Sustainable Fisheries project website, which builds, maintains and analyzes fishery databases, there is a fact-check section that debunks many of the points raised by Seaspiracy. Its founder, Hilborn, said the film is “so full of misinformation, it’s astounding.”

“These filmmakers know what they’re doing in terms of images and they found and interviewed the four most fisheries-hating people in the world. But they don’t tell you that the number of whales in the oceans is growing, not declining, and that there’s more fish now than there were 100 years ago,” he said.

The best response to Seaspiracy, he said, is “ignore it.” 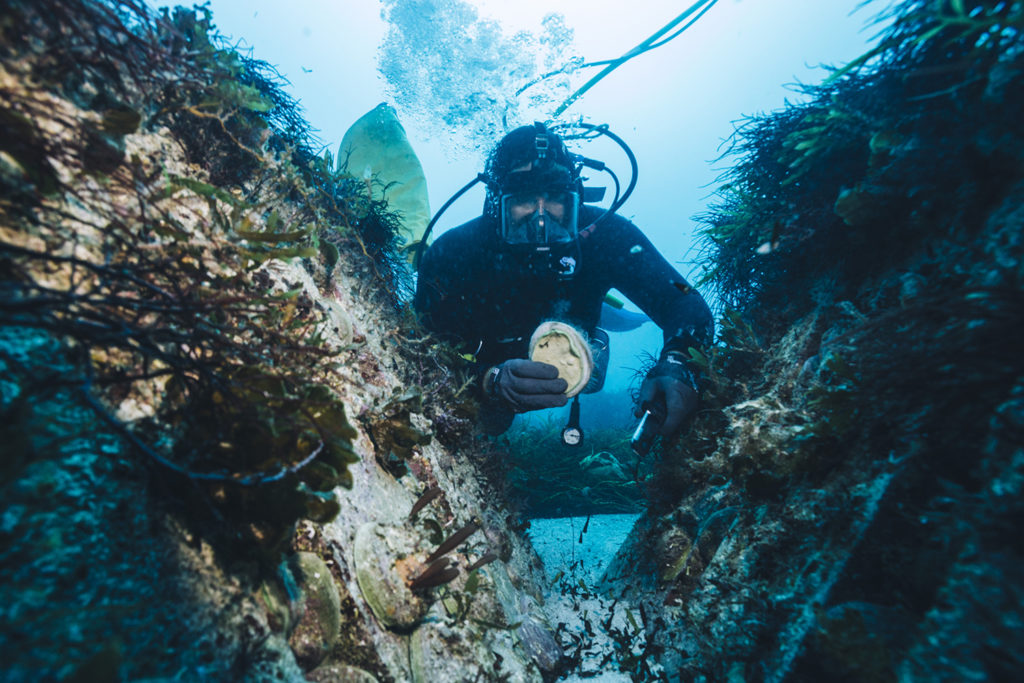 Documentary to depict ‘what we should demand’ from aquaculture

Dutch team behind “Aquaculture Pioneers” aims to portray cutting-edge fish farming around the world when it is released in 2021. 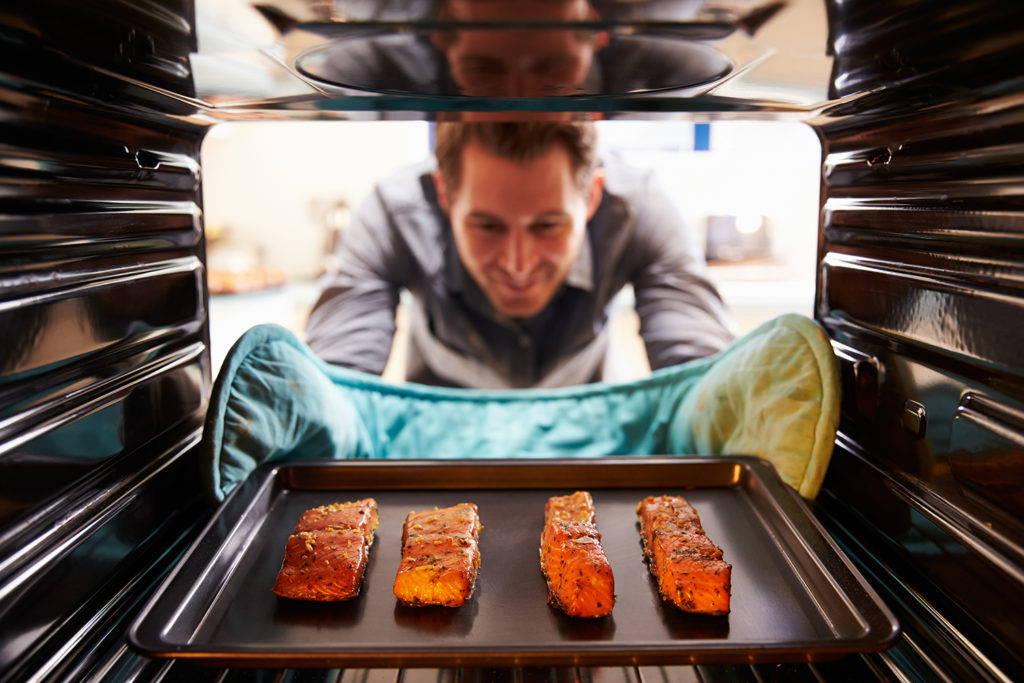 A poll of retailers commissioned by the Global Aquaculture Alliance (GAA) finds a brighter future for the seafood industry in the wake of COVID-19.