Despite the positive outputs of the global salmon farming business – an annual turnover of $15.4 billion, 132,600 jobs and an annual 17.5 billion meals produced – it remains a target for sharp criticism.

Scotland’s salmon sector recently defended itself from attacks by its detractors by publishing a booklet, “Reported Versus Reality: A Pocket Guide to Scottish Salmon Farming.”

Aiming to provide facts and figures from reports and scientific studies to counter what it contends are myths and hearsay, it touched on issues such as sea lice, stocking densities, pollution, chemicals use, impacts on wild salmon stocks, interactions with marine mammals, regulations, marine protected areas and the growing call for land-based recirculation farms. The thorny issue of feed sourcing was left out.

According to Jim Gallagher, the managing director of Scottish Seafarms for nearly two decades, an uptick of misleading and inaccurate information has been reported for the past year or so, particularly about fish welfare and the environmental impacts of fish farming. He contends that press coverage is often sensationalised to present a picture that is not the truth.

“It was for this reason that a group of major salmon farming companies got together to prepare the booklet. We wanted to enable a fairer, more balanced dialogue about the future of this key sector for Scotland,” Gallagher told the Advocate at the recent Aquaculture UK event in Aviemore.

It has been reported by the anti-salmon farming lobby and in the mainstream press, for instance, that 25 percent of farmed salmon stocks die before scheduled harvest, due to disease and other issues, but audited figures from the Scottish Salmon Producers’ Organisation (SSSPO) show that in the past five years, the percentage that died rather than reaching the market was 17 percent.

“This figure compares favorably to sea bass with 60 to 80 percent mortality and cod up to 90 percent mortality, as stated in a 2016 report by Peterson et al. Overall salmon mortality is also in line with, and in some cases lower than the figures for dairy, beef, sheep and pig farming,” Gallagher said.

But just last year, some farms reported greater-than-average losses due to high sea temperatures, which resulted in gill-health challenges. Again, this was widely reported in the media as the norm, rather than the exception, according to Gallagher.

The publication of the booklet comes in the wake of a recent inquiry undertaken by the Economy and Connectivity (REC) Committee of the Scottish Parliament following years of criticism and lobbying from concerned parties. As of early July, the results of that inquiry are still awaited.

The REC Committee’s remit was “To consider the current state of the salmon industry in Scotland, identify opportunities for its future development and explore how the various fish health and environmental challenges it currently faces can be addressed.”

Over three months, beginning in March, the committee heard evidence from a wide range of parties, including research institutes, conservation and fisheries management organisations, regulatory bodies, development bodies, fish farming suppliers and operators and the SSPO.

A call for evidence resulted in more than 160 submissions for consideration. The inquiry also took into account a report commissioned by the Environment, Climate Control and Land Reform (ECCLR) Committee, which carried out its own inquiry into the environmental impacts of salmon farming earlier this year. While broadly supportive of aquaculture, it found that an expansion of the industry would be unsustainable in its present form and recommended that further development and expansion must be on the basis of a precautionary approach and on resolving environmental issues.

Much of the ECCLR Committee report is based on a review by scientists of existing literature. Lead author Professor Paul Tett of the Scottish Association for Marine Science (SAMS) told the REC Committee that the nature of scientific literature meant that it was not necessarily quite up to date and that improvements could have been made by industry since papers were published.

One of the hottest topics related to salmon farming is sea lice, which has been reported as being “out of control.”

Julie Hesketh-Laird, CEO of SSPO, told the REC committee in a letter that the Scottish industry had “a commitment to transparency” on sea lice numbers, with the whole industry providing data to the SSPO on a regular basis.

“The overall industry lice average for February 2018 was 0.37 adult female lice per salmon. This is the lowest February figure since we began making detailed reports on sea lice in 2013,” she said. “The latest data continues to show improvement in lice management in the industry and the underlying trend for lice remains downwards.”

The Scottish industry is using a multi-headed approach to control lice, using genetic selection, wrasse and lumpfish as cleaner fish, and technological solutions such as thermolicers and hydrolicers.

James Bron, professor at the University of Stirling Institute of Aquaculture, told the Parliamentary inquiry that many farms have no sea lice at all.

“Mostly sea lice are under control in Scotland. To stay on top of that is quite a feat,” he said.

Industry is taking a pragmatic approach until the inquiry results are published and the message at the Aquaculture UK event in Aviemore was “business as usual,” with investment continuing to pour into new machinery, technical know-how, scientific research, advances in feed and medicine and improved stock.

“Investment in personnel and particularly in diversifying the work force is key to the future economic success of the industry in Scotland,” was the message from Ben Hadfield, chief operating officer of Marine Harvest’s feed division and managing director of Marine Harvest Scotland.

“Diversity is important because it generates different life experiences, and when those are applied to business, they create a broad range of thinking, create different tolerances to risk, and different strategies and approaches to managing a business. I would argue that’s essential for business, essential for shareholders and essential to stakeholders that surround a business,” he said.

Diversifying means introducing more young people and more women into the sector and Hadfield is confident that ongoing recruitment efforts mean this can be achieved.

“We especially need women to enter farming roles, as farm, area and production managers, and ultimately as managing directors. That’s not to say it should be a free ride or an easy ride for women because diversity is no substitute for ability, but if you have diversity and you have ability, then it’s an open door and I genuinely think the industry would benefit from that in terms of its governance,” he said. 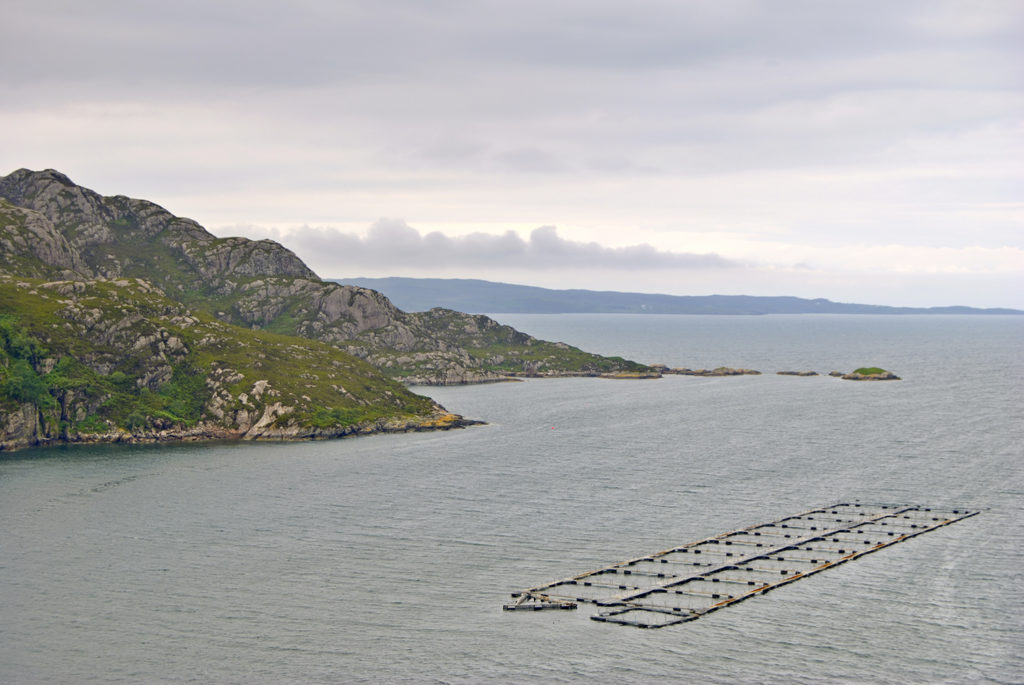 The Scottish salmon industry is facing criticism following the release of sea lice statistics and acknowledgement that up to 10 million salmon – a quarter of all stocks – were thrown away last year as a result of disease, parasites and other issues.