Scombrotoxin formation can be a food safety concern in several fish species and their products. Processing operations should minimize the chance of scombrotoxin poisoning, but sometimes contribute to the potential health hazards of scombrotoxins.

Freezing has been reported to reduce the formation of certain biogenic amines and thereby minimize scombrotoxin poisoning. In one case, mahi-mahi frozen for 24 weeks and then incubated at 32 degrees-C exhibited greatly reduced levels of histamine. When the fish were frozen for 40 weeks, almost no histamine formation occurred during the incubation period.

These results suggested that microorganisms responsible for histamine formation were either destroyed or inactivated during the freezing process. This hypothesis was later confirmed when the specific activity of histidine-decarboxylase of halophilic histamine-forming bacteria Photobacterium phosphorem and P. histaminum remained at 27 to 53 percent of the initial value after seven days of storage at minus-20 degrees-C. During this time, the viable cells decreased by 99.9999 percent (over 6 logs) of the initial counts.

In cases where the initial count of histamine-forming bacteria was low, even greater reductions were reported. High-quality mackerel was stored for a year and a half at minus-14, minus-21 and -29 degrees-C with no measurable histamine formation.

However, if fish are temperature-abused prior to freezing, histamine and other biogenic amines can still be present in toxic amounts. Therefore, it is extremely important to know the temperature history of the frozen fish, since outbreaks of scombrotoxin poisoning can be caused through the ingestion of frozen-thawed fish products if they were previously temperature-abused.

When salt levels of 8 percent per weight were applied to sardines, the lag phase for total bacteria was increased. The generation time of histamine producers and lag phase increased at room temperature and in ice storage, respectively. Salt appears to have a reducing effect on histamine producers at both room and refrigerated storage temperatures.

A recent study showed inhibition of bacteria in cold-smoked salmon stored for five weeks at 5 degrees-C in a salt concentration of 5 percent fish weight. The reduction in bacterial counts was directly proportional to the salt and smoke content – the greater the concentration, the greater the inhibition. No synergistic inhibition was observed between the two factors.

Although the temperatures used for hot smoking can inhibit histamine producers, cold smoking does not expose fish to temperatures sufficiently high to inhibit the bacteria. A study on cold-smoked mackerel showed that histamine increased during the smoking process, but the rate of histamine formation could be controlled by limiting the temperature and smoking time.

Results from a study on cold-smoked fish may explain why scombrotoxin formation in cold-smoked fish may not occur at toxic levels. During the first two weeks after cold smoking, the Gram-negative bacteria primarily responsible for biogenic amine formation were dominant. These bacteria then progressively decreased, while the Gram-positive bacteria increased, dominated by several species of lactic acid bacteria.

In further research, three suspensions with final concentrations of 106 Klebsiella oxytoca, Morganella morganii and Hafnia alvei bacteria were inoculated into yellowfin tuna. Vacuum- and nonvacuum-packaged samples were stored at various refrigerated temperatures for up to 15 days and examined for growth and histamine formation.

The growth of common aerobic spoilage bacteria from genera such as Pseudomonas, Flavobacterium, Micrococcus, and Moraxella are inhibited by carbon dioxide in fish packed in modified-atmosphere packaging during refrigerated storage. Inhibition of these bacteria increases shelf life, permitting a different type of spoilage flora, such as the slower-growing Gram-positive bacteria that include Lactobacillus species. The inhibition of Gram-negative bacteria by modified-atmosphere packaging may result in an initial reduction in the rate of histamine formation, thereby providing some increased product safety.

Research on additives to control scombrotoxin poisoning has yielded limited success. Potassium sorbate at a concentration of 0.5 percent inhibited growth and histamine production. Fish tested with 1 percent potassium sorbate solution exhibited a lower histamine concentration than a control during two days of storage at 4 degrees-C.

Modified-atmosphere packaging combined with 1 percent potassium sorbate retarded the growth of Morganella morganii during three days of 4 degrees-C storage. It appears that after longer times of storage, few treatments are efficient in controlling the formation of biogenic amines. It is apparent that modified-atmosphere packaging can only extend the shelf life of fish if sanitary conditions and proper temperature are maintained from harvest.

The histamine content of irradiated mackerel samples increased gradually during 4 degrees-C storage of samples inoculated with Morganella morganii. Maximum histamine levels after eight days, however, grew from an initial concentration of 412 ppm to 2,023 ppm and 2,064 ppm for samples irradiated with doses of 0.5 and 2.0 kGy, respectively. M. morganii grew approximately 99 percent (2.0 logs) and less than 90 percent (0.7 log), respectively, in the samples irradiated with 0.5 kGy and 2.0 kGy during storage – a marginal improvement. 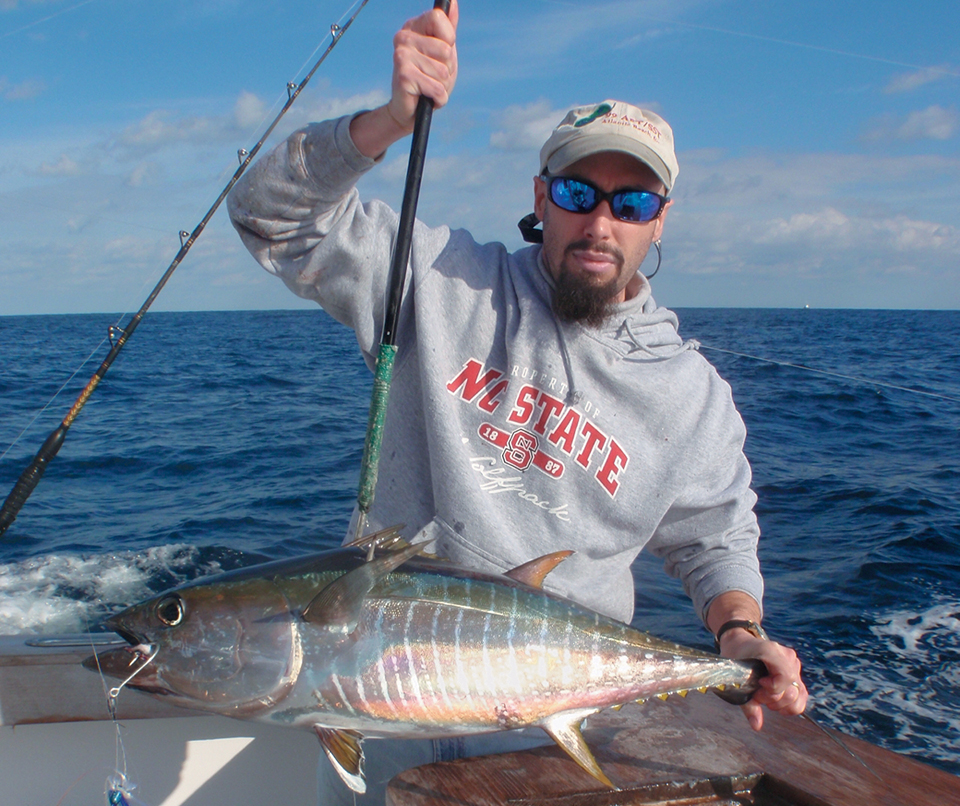 Detection of histamine-producing bacteria in fish

Methods for analyzing histamine in fish, which causes many seafood-related illnesses, include test kits and high-performance chromatographic liquids. 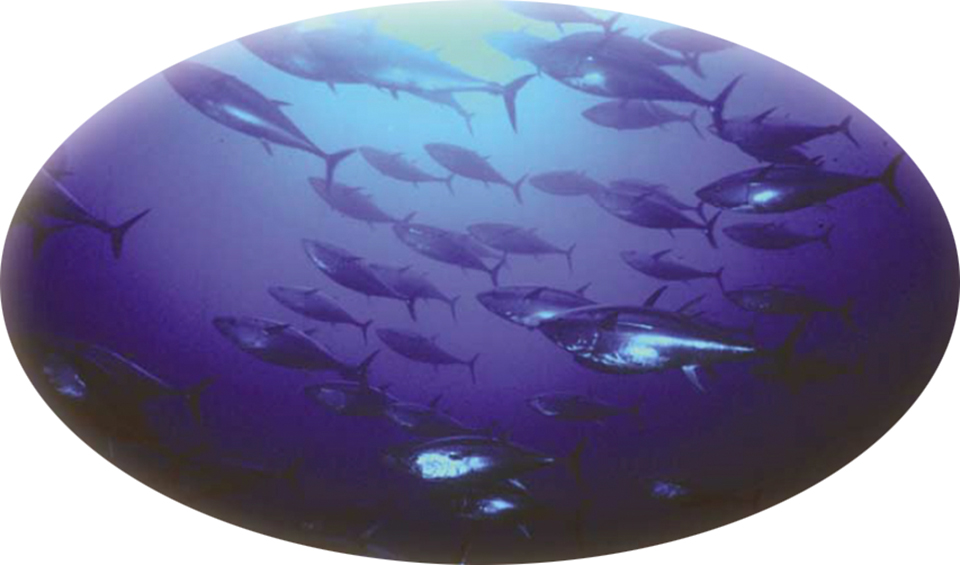 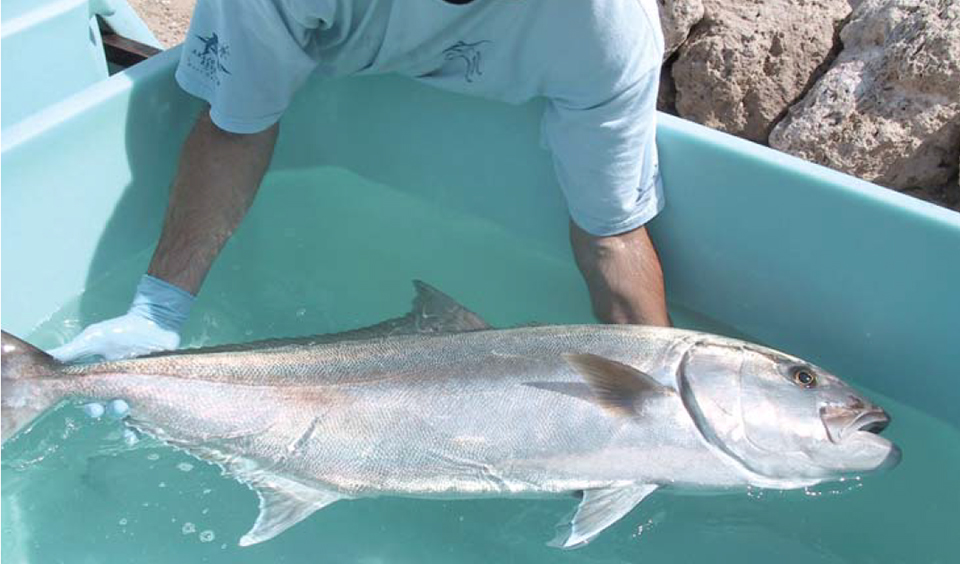 Since biogenic amines are a health issue in seafood, harves­ters and processors should understand what conditions encourage their formation, where they form in fish, and how they are affected by bacterial flora.