Construction of an oxidizing gas system is crucial for reliability

As the aquaculture industry evolves and tries to find more sustainable and water-saving systems, there is also a need for looking at new ways of water treatment. Low-water-exchange recirculating aquaculture systems (RAS) are sustainable and can be used in areas with limited water resources, but studies have shown that fish performance can be limited in RAS. High feed loads and low water exchange make it difficult to control water quality, and there is often concern about metal accumulation, fine and colloidal solids, and nitrite concentrations.

Ozone has a proven record both in municipal water treatment and in the aquaculture industry to improve water quality and control various water parameters.

What makes ozone effective is its high oxidation potential, which reflects great ability to react with other substances and is measured in millivolts (mV) as oxidation-reduction potential (ORP or redox). Ozone is about five times more oxidizing than oxygen and about twice as oxidizing as chlorine.

Ozone is a volatile gas and is therefore produced on site with an ozone generator from oxygen generated on site or liquid oxygen. Ozone is produced as needed and at the concentration needed, which means there is no need for bulky storage and costly transportation.

In a recent study performed by John Davidson and co-workers at the Freshwater Institute, rainbow trout growth was considerably higher in low-exchange RAS operated with ozone than in non-ozonized systems. One of the aims of the study was to determine if ozone created a more favorable water quality environment for salmonids.

The conclusion was that overall, ozone “created a more optimal water quality environment that generally led to increased growth, survival, feed conversion and conditioning factor of rainbow trout.” The study also indicated that without the use of ozone, there is a risk for heavy metal accumulation in limited-exchange RAS.

At the newly built Swiss fish farm Valperca, managers were experiencing problems with their perch production due to high organic loads and fungus. The organic pollution made the water unhealthy for the fish and thus limited the production capacity.

The water was not cleaned properly with the installed treatment system, which meant that the oxygen reduction values were too low, and the organic load was too high.

After installation of a well-designed ozone system with ozone generators, a dissolution system and a reaction tank, the water quality improved rapidly. With the ozone generation controlled by a redox probe, the water quality was kept at the desired level of 270 to 290 mV. With the increased redox values, Valperca was for the first time able to produce fish at design capacity without risking fish health and performance.

Solids, organic compound removal
As stated earlier, the organic load is a constant concern within RAS, especially when the fish density is high and the water exchange rate low. Additionally, there is a risk for accumulation of heavy metals and nitrite.

The reduced organic load creates a less-favorable environment for nitrite, which thrives in waters with high organic loads. Ozone also has the ability to oxidize nitrite to nitrate.

Disinfection
Bacteria are of course also a concern for fish farmers. Bacteria grow fast in filthy water and can be quite a nuisance if not controlled.

Due to its high oxidation potential, ozone is a very reliable disinfectant. But when it comes to aquaculture, ozone’s main advantages lie in microflocculation and water treatment. Water quality improvements are still considerable. To use ozone as a disinfectant, the dosing needs to be calculated on the total ozone demand in addressing dissolved organics, colloidal solids, nitrate and disinfection.

The reduction of solids and DOCs often creates an environment that is less favorable for bacterial growth and thus creates a reduced need for disinfection.

In the above-mentioned study, the Freshwater Institute concluded that although the ozone applied in the study was not dosed for disinfection, it indirectly minimized heterotrophic bacteria. On the other hand, when talking about effluent water, ozone is a great disinfectant. Many places have strict authority requirements on the quality of effluents.

Reliability
As ozone is a very oxidizing gas and thus can be harmful in high concentrations, the construction of the ozone system is vital. Unfortunately, many ozone users have in the past experienced a lack of reliability in the ozone generators supplied. With new, cutting-edge technology, this is no longer an issue. Ozone reactors made of stainless steel offered by some suppliers are very reliable compared to reactors containing glass.

Redundancy is also an important issue. Should there be a failure of any kind, it is important that the ozone generator has a built-in redundancy, or the live fish stock are at risk.

Monitoring, measurement
To measure ozone demand, the use of redox probes is a good choice. Ozone systems should be constructed to be automatically controlled by the actual redox levels at any given time to create an optimal ozone dosage. The ideal redox level in freshwater RAS is considered to be around 300 mV, but differs depending on species.

Culture unit dosing
One challenge in aquaculture is that different culture tanks have different fish loads. Thus, different ozone demands are required for creating optimal growth environments. One solution is a sophisticated distribution module that can distribute the ozone to several different treatment lines with individual dosing on each line. Since the dosing for each culture tank is controlled by its actual ORP/redox rates, each tank gets the exact ozone dose needed. An ozone distribution module can reduce the number of ozone generators needed and keep costs down.

Low life cycle costs
With current technology, costs for energy-efficient, maintenance-free ozone generators are low. Investing in an optimally designed ozone system with accurate dosing will have positive effects on water environments and fish growth and health, which in the end enable increased productivity. 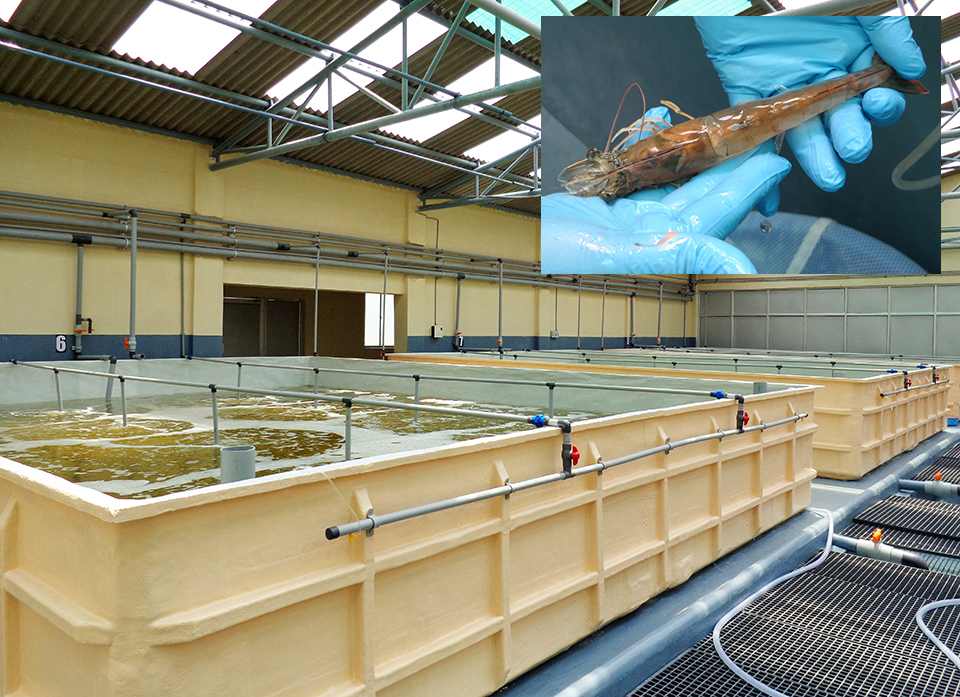 The project produces specific-pathogen-free broodstock with good reproductive performance, fast growth and high survival. More than 60 hatcheries in India have received broodstock from the program. 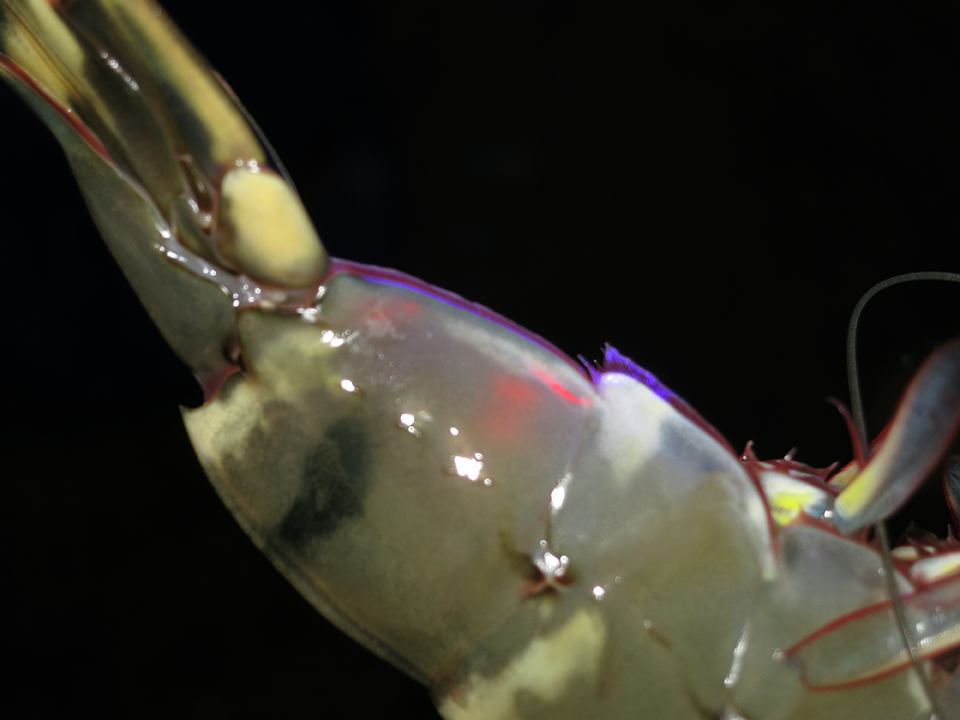 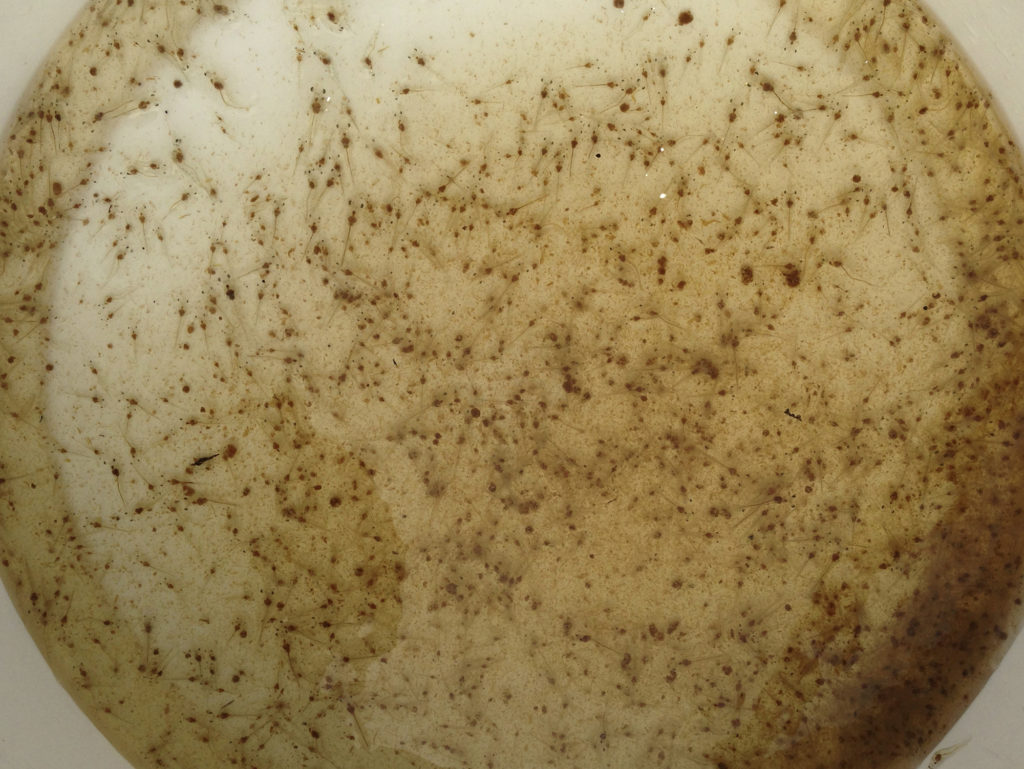