Driven by increasing disposable incomes and consumers’ evolving taste preferences, demand for exotic meat, like octopus, is on the rise.

“O. vulgaris has enormous potential as a female produces up to 500,000 eggs,” said Dr. Pedro Domingues of the IEO. “At least 80 percent hatch and growth is fast during the paralarvae, juvenile and adult stages.”

The IEO’s culture method has now been transferred to a private aquaculture research center in Spain. Mr. Ricardo Tur cultures octopus in the research department of the Pescanova Biomarine Center.

“The production of O. vulgaris is in the research stage but we’re aiming to increase production in future,” he said. “This will lead to job creation, the opening of new local, national and international companies, food markets and products with high-quality animal protein.”

“Octopus eat a huge variety of items, so using fisheries discards as feed has great potential,” he said. “These products can also be used to develop artificial feeds, which is currently being done by our research groups in Mexico and Spain.”

In countries with emerging economies, octopus is an important resource. In Mexico, the species supports fishing communities along the Yucatan Peninsula, where approximately 17,000 families depend on octopus fisheries. But aquaculture is likely to become increasingly important.

Sharing a 2011 analysis with The Advocate, Dr. Carlos Rosas-Vázquez of the National Autonomous University of Mexico explained that as sea temperatures rise, the ecology of the Yucatan Peninsula is likely to change, affecting octopus populations. In such conditions, one of the alternatives for the economic support of Mexican coasts is aquaculture.

“Octopus culture in Mexico has been conceived as a productive alternative that contributes to the economy of coastal populations, especially to groups of vulnerable women or retired fishermen whose economic possibilities are restricted,” he said.

“The primary objective has been to cultivate relatively small animals, up to 250 grams, in a familiar scale of production, maintaining animals in low densities that enter the gourmet market in a fair trade scheme in which producers sell directly to consumers (restaurants).”

In this system, fishing waste is used as a food source, reducing possible impacts from the exploitation of marine animals to produce a luxury food, explained Rosas-Vázquez.

“Today there is a cooperative of women and retired fishermen trained to grow octopus for the gourmet market,” he added. “It’s expected that, if successful, octopus farming will extend along the Yucatan Peninsula, contributing to local economies, improving the livelihoods of vulnerable populations and protecting octopus by reducing fishing pressure.”

Octopus farming might be technically feasible, but one group of researchers is warning of the severe impacts that it could have on animal welfare and the environment. A 2014 article compelled Prof. Jennifer Jacquet of New York University to take a proactive stance. Together with Professors Peter Godfrey-Smith of Sydney University, Becca Franks of New York University and Dr. Walter Sánchez-Suárez of the University of Sussex, Jacquet published a paper in the journal Issues in Science and Technology, which says that mass-breeding highly intelligent creatures like octopus is ecologically and ethically unjustified.

“We saw octopus farming on the horizon and thought it would be wise to address it in its nascent phase,” said Jacquet. “In preparing our work, we considered the ethical dimensions of the environmental impacts and, to the extent that we could, impacts on individual octopus.”

The researchers argue that because octopus are carnivorous, farming them and feeding them in captivity would require vast amounts of fish and shellfish as feed, putting even more pressure on species in the wild whose numbers are already declining. They added that because of their intelligence, octopus continuously seek out opportunities to explore or control their environment, so farming them in tightly controlled spaces would offer no scope for stimulation or enrichment.

“It would put additional pressure on wild aquatic animals that we would have to catch to feed octopus and subject a highly intelligent and curious animal to a life of mass production, including probable isolation, boredom and suffering,” said Jacquet.

Financial incentives are also behind octopus farming, as the numbers of octopus in the wild continues to decline and a growing demand for the species in wealthy nations increases research and investment. But Jacquet questions whether meeting demand is a good enough reason for the practice.

“I challenge that notion,” she said. “This is about creating demand, not meeting it, but there are markets that are open to buying farmed octopus, and yes, octopus farming would also create jobs, but at what larger costs? Job creation shouldn’t be the primary justification for an activity. We have to ask ourselves if octopus farming is the right thing to do.”

Jacquet hopes that her work will generate further discussion in aquaculture, such as addressing environmental impacts and understanding that animal welfare concerns will only continue to grow. She also believes that aquaculture should focus on species such as shellfish, which are best in terms of environmental impact and welfare.

“It’s difficult for any industry to do this, but some self-reflection would be good and may even be possible, given how new a lot of aquaculture is,” she said. “Society, including industry, could discuss what aquaculture should look like moving forward, and ways to make it sustainable and ethical.”

Plant-based diets that minimize economic impact, impacts on animal welfare and improve global food security are one way for governments, private companies or academic institutions to achieve a more sustainable form of food production, she continued.

“There are ethical concerns over octopus farming,” said Rosas-Vázquez. “But there is also little awareness of the cultivation systems and those who cultivate octopus. The culture, at least in Mexico, is intended to be on a family scale that allows people to improve their living standards. Octopus farming can reach the welfare standards for the species in an ecological and economically viable environment.” 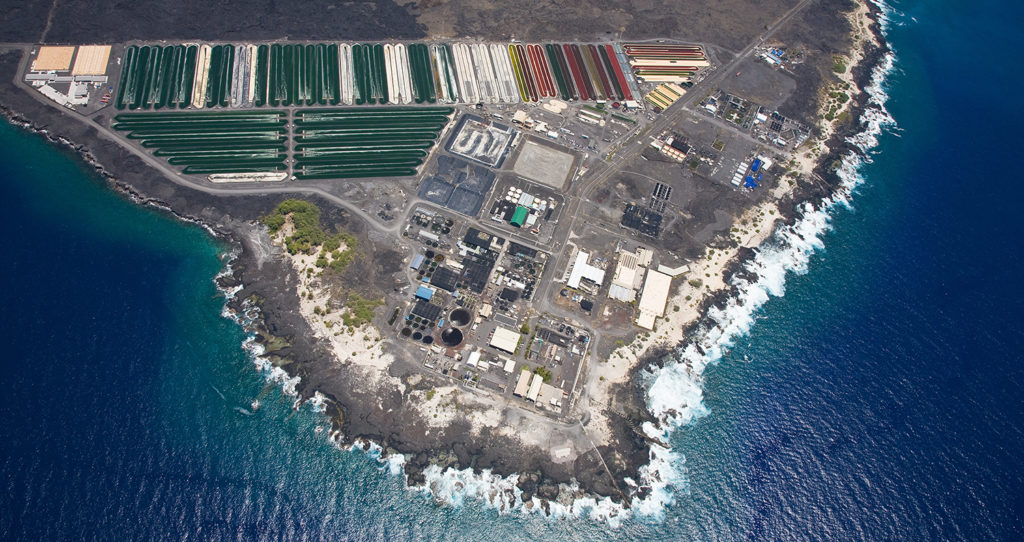 The Big Island of Hawaii, home to one of the world’s most innovative and diverse aquaculture centers, will host the next Hatch cohort.