Feed residues accumulate in aquaculture systems. Only about 25 percent of the nitrogen in the feed is retained in fish flesh, while the rest is released in the water. Organic carbon residues are also released in a similar proportion. Intensive aquaculture systems can operate only if these metabolites are treated; otherwise, toxic levels build-up and can be a problem

External biofilter systems, shown schematically in Fig. 1, are commonly used to treat these metabolites. Water is pumped out of the culture unit at a high rate (typically, total volume is exchanged more than five times per day), through a filter or a sedimentation basin and into a biological treatment unit. Suspended matter is reduced and part of the organic matter degrades, ammonia converts to nitrate, and in certain systems, nitrate is denitrified. However, such systems are rather costly, almost by definition. More than half of the feed material added to the pond is not utilized and has to be treated in the external water treatment unit. The size and cost of the water treatment unit needed for a farm growing 100 ton of fish is similar to a waste-water treatment plant for a town with 10,000 people. The more feed you add, the higher the investment and operating cost to treat feed residues.

Active suspension ponds are an alternative to biofilters. These were developed for tilapia production systems. The same principles are being presently used in intensive shrimp ponds in Belize. This method is based on the fact that intensive ponds are continuously mixed and aerated, as an integral part of their routine operation. This mixing and aeration are typical of most bio-technological production systems. Activated suspension ponds (ASP) are shown schematically in Fig. 2. They are actually bio-technological systems where a dense microbial population, acting under optimal conditions, is used to treat the water and ensure good growing conditions for the fish, and to recycle feed in the pond system.

When water exchange is limited, the water is enriched in organic substrates. This, in addition to the optimal growth conditions, leads to the development of a dense microbial population (106 to 108 cells per milliliter). The activated microbial suspension is very efficient in the breakdown of organic waste materials and nitrification. Only traces of ammonium are found in properly operating ponds, and nitrate comprises almost all of the inorganic nitrogen (a lag period of about 3 weeks is needed to build up the nitrifying community).

An intrinsic problem in intensive ponds is the build up of inorganic nitrogen metabolites, specifically ammonia and nitrites. Activated microbial suspensions can be manipulated to control inorganic nitrogen concentration and to recycle the non-utilized protein residues.

Addition of carbonaceous substrates (such as starch or even cellulose) to the pond leads to accelerated uptake of inorganic nitrogen from the water, due to the need for a balance of carbon and nitrogen for production of protein by the growing microbial community. The concentration of inorganic nitrogen can be controlled precisely through the adjusted addition of carbohydrates. In addition to nitrogen control, this process leads to the production of microbial proteins that are an effective source of feed protein for tilapia, carp, shrimp and possibly other species.

This technology is leading to the doubling of protein utilization by fish and to a reduction, by about one-third, of feeding expenses. Table 1 presents results obtained in two series of experiments where carbohydrates (ground sorghum) were added to the feed pellets (effectively reducing protein contents from 30 percent to 20 percent). Protein conversion coefficient in the control treatment was 4.3 to 4.4 (i.e., less than 25 percent of the added protein was recovered by the fish), as compared to a conversion coefficient of 2.2 to 2.4 in the treated ponds. Actually, the fish eat the protein twice: first as they consume the feed and then as they filter out the leftover as microbial proteins. Similar improvements in protein conversion were found for penaeid shrimp in Belize ponds. The production of microbial protein for feeds has been studied extensively, and the production of Single Cell Protein (SCP) from low-grade organic substrates was visualized as a source of feed protein to replace diminishing resources. Methodologies for the production of SCP (mostly as bacteria and yeast) have been successfully developed. However, these studies did not bear practical results due to the high processing expenses. The microbial suspension has to be concentrated (by centrifugation, filtration and flocculation), dried, and packaged. In ASP, all processing is done in situ by the fish. This is the first time that SCP is utilized profitably in commercial scale aquaculture operations.

In addition, during a series of field observations and a recent controlled experiment, fish growing in activated suspension ponds were found to have higher resistance against diseases, possibly due to the antagonism between the dense microbial population in the water against pathogens.

Activated suspension ponds are effective in nitrogen control and protein recycling in aquaculture systems. They can be visualized as a controlled biotechnological system that is functioning both as a built-in biofilter and as a microbial recycling system for feeds. 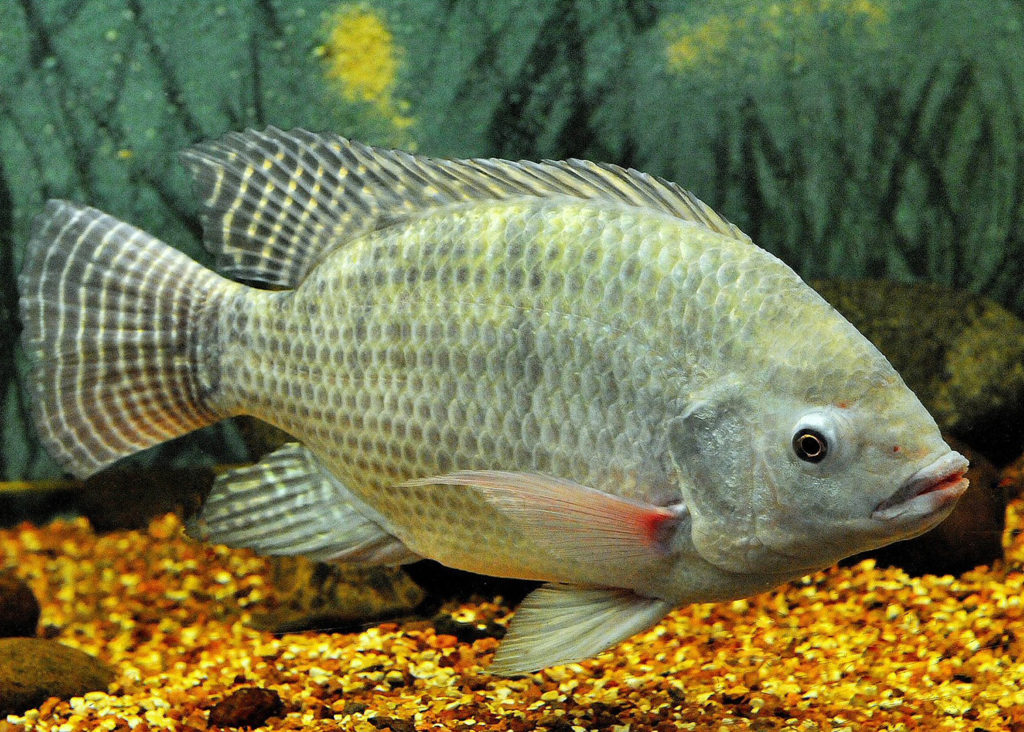 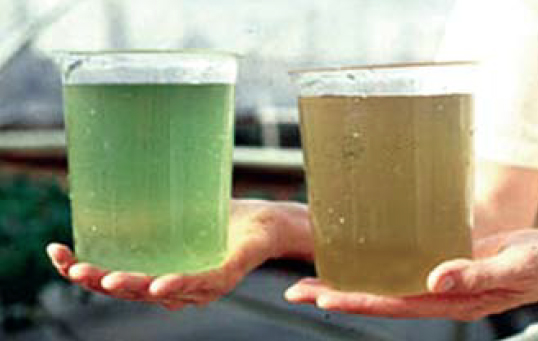