Most aquaculture fish production comes from earthen ponds where artificial feeding and/or fertilization are used to provide feed for fish growth. Fertilization with animal manures and inorganic fertilizers – coupled with the application of supplemental feeds – is common in tilapia ponds in the developing world. More intensive pond and cage aquaculture, practiced in both industrialized and developing countries, is characterized by high stocking densities and the use of mechanical aeration and complete feeds that provide all the nutrients necessary for fish growth.

It has been estimated that about 60 percent of the nutrient and organic matter inputs to aquaculture ponds ends up in the pond bottoms. This material, coupled with silt that comes into the ponds with influent water, results in the accumulation of pond sediments. Often removed during pond maintenance, these sediments can be used to fertilize agricultural crops.

Forecasting the impact of different input and stocking strategies on sediment and organic matter accumulation is important for successful pond culture of fish under intensive conditions. Given the complexity of the biological and physical processes affecting sediments and water quality (Fig. 1), computer simulation models have become a helpful tool in the analysis of pond performance.

The authors developed a mechanistic simulation model to predict the accumulation of organic matter in pond bottoms and examine the effects of different input and stocking scenarios on accumulation and eventual fish yields. A component of a larger integrated aquaculture-agriculture system model, this model incorporates the sources and sinks of organic matter to the sediment.

The components of organic matter decompose and accumulate at different rates. But once buried in the anoxic layer of a pond bottom, decomposition rates decrease. By not recognizing the above factors, erroneous forecasting of accumulation rates and subsequent incorrect sediment and input management strategies can occur.

Decomposition of each organic matter component depends on its concentration. However, each component has a different reactivity, with carbohydrates and proteins the most decomposable, followed by cellulose, lignin, and stable organic matter.

Model performance was evaluated by comparing the model output to organic matter sediment values obtained from new tilapia ponds where four inputs with varied reactivities were applied for six months. The model outcomes followed the trend of organic matter accumulation with values similar to the observed amounts.

We then applied the model to simulate 10-year organic matter concentrations in tilapia ponds to test whether steady-state conditions could be achieved within a five-year period. The model showed that a steady state could not be achieved within the time horizon when pond inputs were maintained at a constant level from crop to crop.

The implications of the results are that if pond sediments are not removed periodically, accumulated organic matter could affect pond health (and therefore fish production) through the promotion of low-oxygen conditions and toxic substances.

Under such circumstances, pond managers would be faced with various management options to improve culture conditions, such as increasing organic matter decomposition through mechanical aeration or underwater plowing of bottom soils, removal of fresh organic matter during the production season, or reducing stocking densities and input rates. In our model, these management options could be evaluated using the sensitivity feature in the user interface.

With increasing intensification of pond aquaculture, management of sediment organic matter sediment is becoming an important concern for pond managers. The model developed here should provide a useful forecasting and management tool for pond managers who wish to optimize their production by reducing the potentially deleterious effects of organic matter sediment on fish yields.

Although not included here, another important factor that is important to pond managers is the accumulation of silt in ponds. The factoring of silt inflow and accumulation in the sediment would increase the applicability of the model to a wider range of aquaculture pond systems. 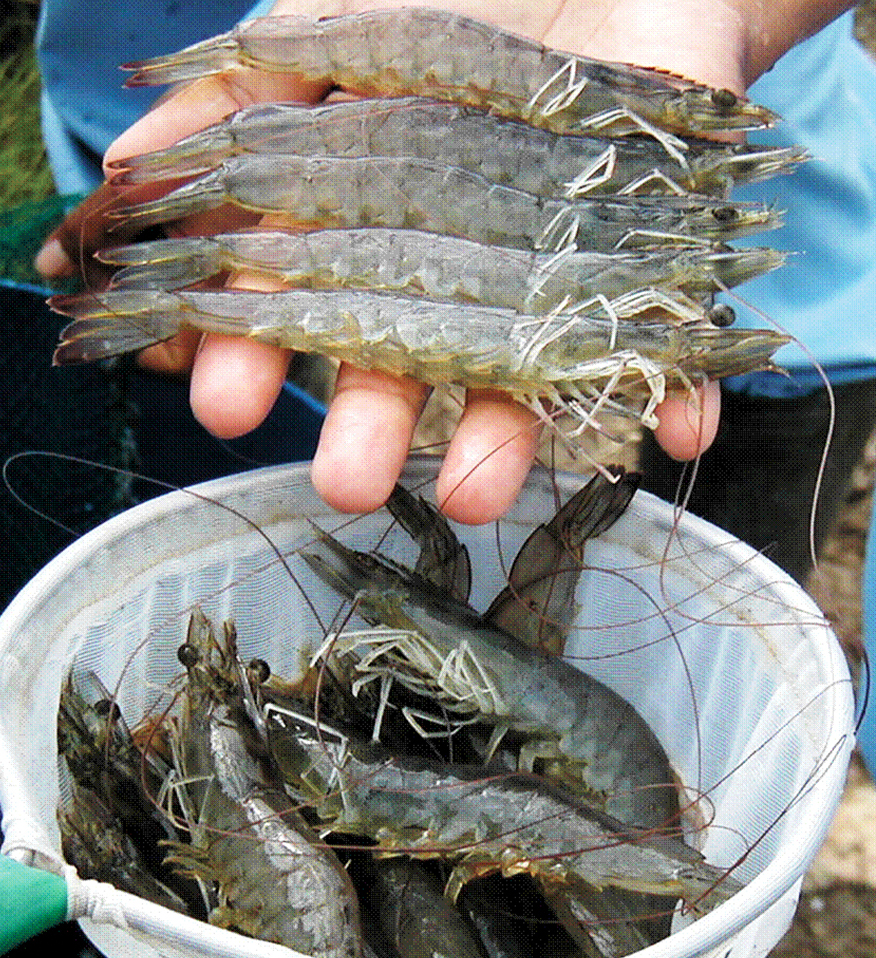