Oceana calls upon U.S. and Canadian federal governments to ‘update the rules’ and implement stronger measures to prevent whale entanglements

The Monterey Bay Aquarium Seafood Watch program last week added over a dozen Canadian and U.S. fisheries, including lobster and snow crab, to its “red list” of seafood products because they currently pose risks to the survival of critically endangered North Atlantic right whales.

Seafood Watch provides recommendations for seafood buyers based on sustainability criteria. A red rating recommends that businesses and consumers avoid purchasing certain seafood because they are caught or farmed in ways that have a high risk of harming wildlife or the environment.

“After reviewing all available scientific data, as well as existing legal requirements and regulations, Seafood Watch determined that current Canadian and U.S. management measures do not go far enough to mitigate entanglement risks and promote recovery of the North Atlantic right whale,” wrote the Monterey Bay Aquarium’s Seafood Watch program in a press release. “As a result, Seafood Watch assigned a red rating to those fisheries using pots, traps and gillnets.”

As of today, only around 330 North Atlantic right whales remain, including an estimated 80 breeding females. Entanglement in fishing gear used to catch lobster, crab and other species is one of two leading threats to this iconic species.

In response, Oceana is calling on the U.S. federal government to implement stronger measures to protect North Atlantic right whales from deadly fishing gear entanglements in U.S. waters. According to a press release issued by the non-profit organization, the Seafood Watch red listing resulted from “a lack of government action and need for stronger safeguards for North Atlantic right whales.”

“It’s unfortunate that the government’s failure to update the safeguards to protect North Atlantic right whales is having such serious consequences on these fisheries,” said Gib Brogan, Oceana campaign director. “Both fisheries and whales can thrive if the National Marine Fisheries Service takes immediate action and creates effective measures for these whales.”

In a waterfront press conference held in Portland, Maine, last week, Luke Holden, CEO of the Luke’s Lobster restaurant chain, said he and numerous state leaders and industry representatives engaged with the Monterey Bay Aquarium Seafood Watch team two years ago when the red-list rating change was first rumored. Holden, who was born into the industry his father worked in for decades, said Seafood Watch was “negligent in the face of the work of my teammates and all the men and women that work to support this fishery.”

“It was remarkable how our elected officials showed up in the time of need, how well educated they are on the issue, and how passionate they were for standing up for what’s right,” said Holden. “On the opposite end, it was remarkable how unprepared and disassociated The Monterey Bay Aquarium Seafood Watch team was. I believe everyone deserves the benefit of the doubt, and so we formed a working group to make sure The Monterey Bay Aquarium Seafood Watch team had access to all the information we industry leaders had access to. Through the communication process with the Monterey Bay team, it was clear that they were not interested in the specific facts of our fishery and that their minds were made up and aligned with the demands of their funders. One specific example was the scientific data that we shared around there being no whale habitat along the Maine coast within the exemption line (basically within 3 miles of the coast), which is the scientific consensus of federal authorities. When Monterey Bay responded that they had no interest to look at that data, to me that was a clear marker they were not interested in the facts.”

“It has become crystal clear that neither grasp the devastating impacts their decisions will have on the Maine lobster industry, our coastal communities and the State of Maine,” the MLA stated. “The court’s decision provides a blank check for NMFS to continue to use admitted ‘worst-case scenarios’ and disregard actual data in its regulation of a fishery that has zero documented right whale entanglements over the last 18 years. This disappointing decision puts the future of Maine’s lobstering heritage at great risk, and along with it, the livelihoods of thousands of hard-working men and women. But this is not the end. We won’t go down without a fight.”

“This decision is extremely disappointing, to say the least,” added Maine Governor Janet Mills. “The National Marine Fisheries Service has consistently interpreted the data in the most conservative way possible, without accounting for the impact of ship strikes on whales and whale entanglements in Canadian snow crab gear, putting all of the burden for right whale protection squarely on the shoulders of Maine’s lobster fishery. Maine lobstermen care about the endangered right whale and have undertaken substantial actions to protect them at great personal expense; but the federal government’s regulations are simply not based in sound science or proven fact. This federal court decision, so out of touch with reality, adds insult to injury to an industry that supports the lives and livelihoods of thousands of Maine families. We will continue to stand with the Maine lobstermen and confer with the Maine Lobsterman’s Association concerning next steps.”

In Canada, the Fish, Fish and Allied Workers Union stated that the North Atlantic right whale is “not a species commonly found in waters around Newfoundland and Labrador. In fact, over the last several years, there have been only three NARW sightings around the province and no entanglements.” 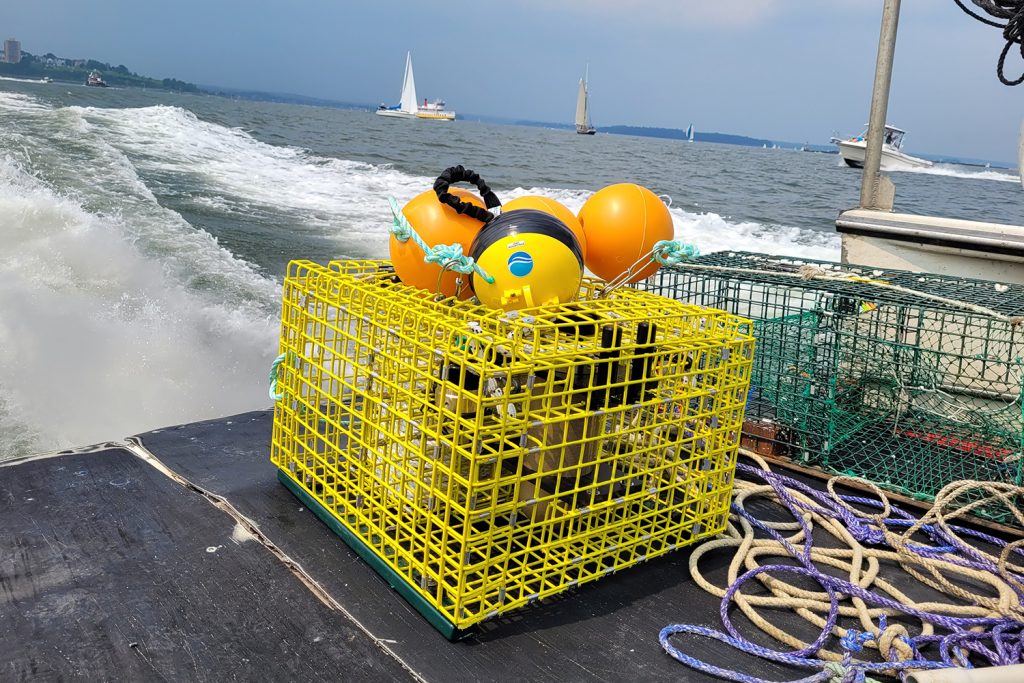 Ropeless fishing gear can prevent whale entanglements and reduce the amount of discarded or lost fishing equipment but the cost is a limiting factor. 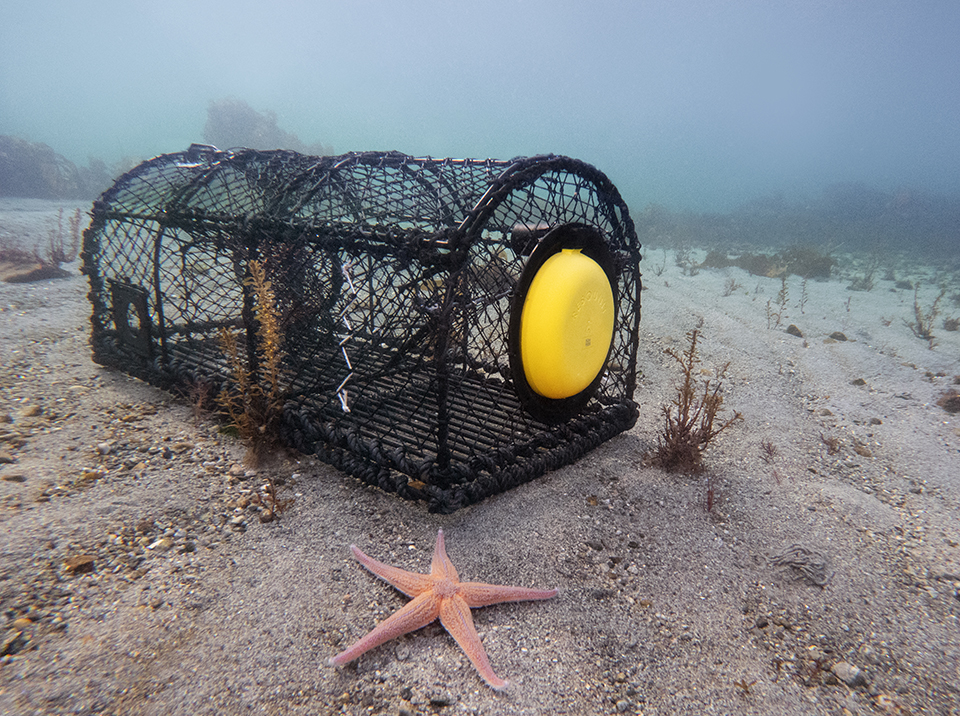 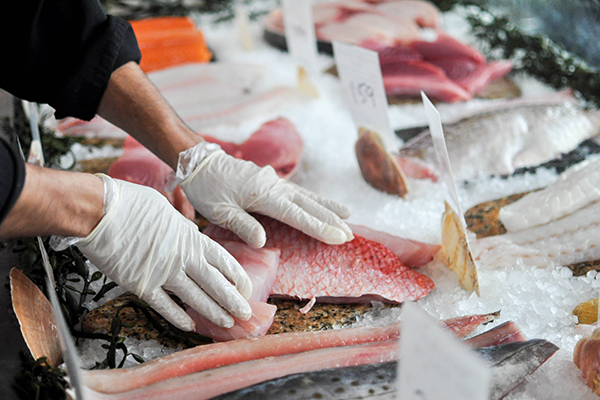 Suppliers, retailers and others call for improved seafood traceability standards in Canada 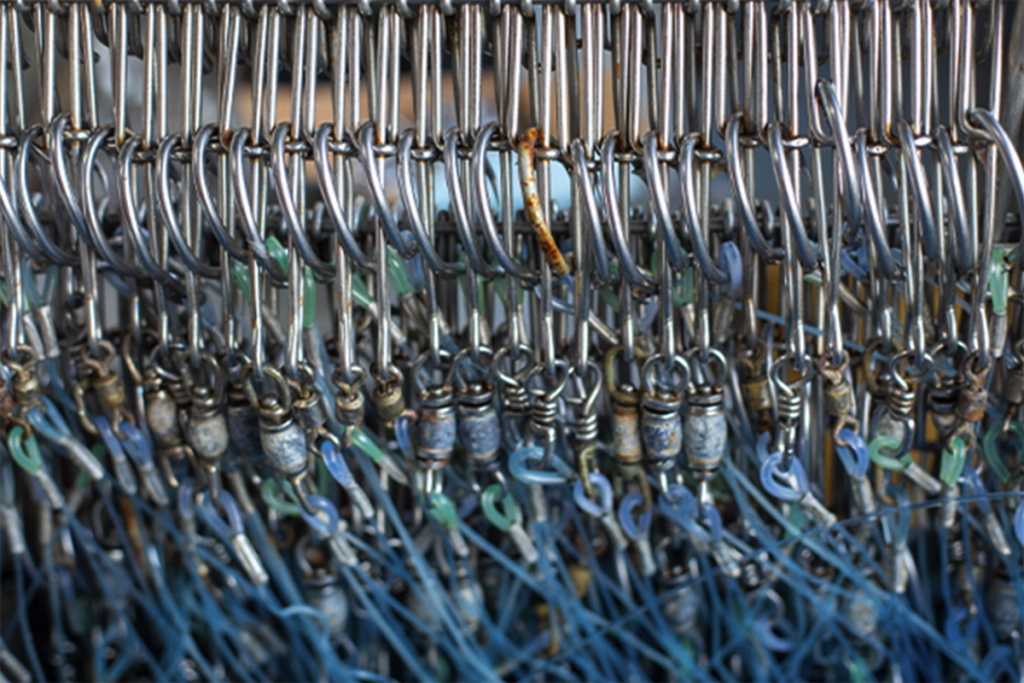 Could these high- and low-tech approaches help curb fisheries bycatch?

From marine mammal ‘pingers’ to seabird-sparing fishing hooks, commercial fishermen have a growing number of options to prevent fisheries bycatch.