Microparticles could be used to investigate the effects of probiotics, antibiotics

To enrich live prey with water-soluble substances, researchers often dissolve these nutrients in the water with the expectation that the live prey will take up these substances by drinking or absorption. This approach comes with a suite of problems, since dissolved nutrients may be lost due to oxidation or other chemical reactions and may be metabolized by waterborne microorganisms before rotifers or artemia can take them up.

In addition, these methods often require large quantities of nutrients to attain the desired nutrient concentrations in the live prey. In contrast, lipid-soluble nutrients (e.g., essential fatty acids like eicosapentaenoic acid and docosahexaenoic acid) are relatively easy to manipulate in rotifers and artemia, largely because they can be included in emulsified oil droplets fed to the live prey without fear of nutrient leaching. Likewise, the current knowledge base regarding larval fish nutrition is heavily skewed toward lipid-soluble nutrients.

One solution to the problem of enhancing the nutritional value of live prey is to encapsulate water-soluble nutrients in synthetic microparticles, which can then be fed to live prey. The idea of using liposomes to deliver water-soluble nutrients to aquatic organisms has been proposed since the mid-1980s. Liposomes are synthetic microparticles that were originally developed for the pharmaceutical industry.

Structurally, liposomes are comprised of a phospholipid outer membrane that encapsulates aqueous core materials. Importantly, liposomes can be produced in a several-micron size that allows them to be ingested by rotifers and artemia.

In the 1990s, several studies showed that liposomes could be used to enrich rotifers and artemia with vitamins and amino acids. However, the production methods at that time restricted the use of liposomes to test tube-scale studies.

As reported by Yoav Barr and Synnøve Helland in 2007 research, advances in liposome production methods have allowed researchers to produce liposomes at scales that are sufficient to perform larval growth trials.

Researchers at Oregon State University recently demonstrated that liposomes are highly effective for the enrichment of live prey with the water-soluble nutrient taurine. Taurine is present in rotifers in very low concentrations, often at levels too low to measure. However, there is growing evidence that taurine is an essential nutrient for many marine fish, especially during the early larval stages.

Furthermore, taurine is highly concentrated in copepods and may represent up to 1.5 percent of a copepod on a dry-weight basis. Since copepods are the nutritional “gold standard” prey for marine fish larvae, this taurine concentration was the target researchers hoped to reach in rotifers.

Oregon State University has partnered with Hubbs-SeaWorld Research Institute to test liposomes at the HSWRI research hatchery in San Diego, California, USA. Hubbs-SeaWorld has been investigating methods to improve the hatchery production of California yellowtail (Seriola lalandi) for use in aquaculture.

This research group conducted a growth trial where yellowtail larvae were fed either rotifers enriched with taurine liposomes (taurine-liposome treatment) or rotifers enriched with empty liposomes (control treatment). After one week, the researchers found that larval yellowtail in the taurine-liposome treatment grew larger than those of the control treatment and also had significantly higher body taurine concentrations (Figs. 1 and 2).

They then tested this approach with taurine-enriched artemia and observed only modest treatment effects. This was attributed to the naturally high taurine concentrations in unenriched artemia.

While the taurine story is interesting, the significant outcome was that liposomes were a very effective tool for investigating the effects of a key water-soluble nutrient in the diets of marine fish larvae. Furthermore, this study was conducted at much larger scale than had ever been attempted with liposomes. Liposome-enriched live prey were provided to 16, 300-L tanks for two weeks at high prey densities, demonstrating that these techniques are possible at the research hatchery scale.

One potential problem with using microparticles for the enrichment of live prey is that encapsulated nutrients may not be fully available to the target organism. For instance, marine fish larvae may not be able to digest the microparticles and absorb the encapsulated nutrients. However, recent studies suggested that taurine provided in liposome-enriched rotifers was highly utilized by northern rock sole larvae.

It appears that rotifers and artemia partially digest liposomes, presumably before the fish ingest them. Evidence for this has been provided by fluorescent images, where liposomes containing a green fluorescent dye were used to simulate enrichment of water-soluble nutrients in rotifers and artemia. After a one-hour enrichment period, the dye appeared to be released from the liposomes and could be seen in the gut and body of the live prey.

It is currently not known whether liposomes will have direct applications in commercial hatcheries. This is because the current production of liposomes requires highly purified phospholipids, expensive laboratory equipment and a good deal of expertise and labor. However, with further development, it is possible that future production methods may reduce the cost of liposomes and make them more commercially feasible.

Liposomes appear to be highly effective for the enrichment of rotifers with water-soluble nutrients. These techniques may be used to assess a variety of water-soluble nutrients in the diets of marine fish larvae. It is also possible that liposomes could be used to investigate the effects of probiotics, antibiotics or other substances on marine fish larvae. 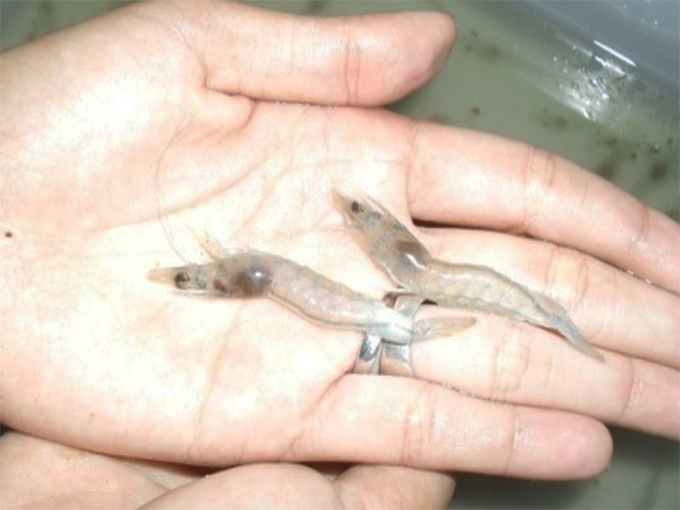