The search for alternative protein ingredients that can replace fishmeal in shrimp feeds has considerably increased. Despite encouraging results with plant and land animal protein sources, none has been able to surpass the individual value of fishmeal as a palatability enhancer and source of essential key nutrients.

Among the various marine animal ingredients used in aquafeeds, krill is the only resource still available in large quantities for harvest. The Antarctic krill (Euphausia superba) is a shrimp-like zooplankton practically unexploited and widely distributed in the cold waters of Antarctica. While its standing biomass ranges 400 million metric tons (MT) to 500 million MT, a precautionary catch was stipulated at 4 million MT. Fisheries currently harvest less than 0.1 million MT.

A typical krill meal can contain up to 65.0 percent crude protein, 22.0 percent lipid, 13.0 percent phospholipids, 0.5 percent cholesterol and 5.0 percent chitin. Due to its high fat and protein content, krill meal is rich in n-3 highly unsaturated fatty acids, with levels of sulfur amino acids superior to those of high-grade fishmeal.

Studies conducted in Australia have shown that krill meal can act as a feeding effector and growth accelerator in diets for tiger shrimp (Penaeus monodon). However, as a relatively new ingredient, little is known about krill’s potential to replace key protein and lipid sources in shrimp feeds.

Present work by the authors is evaluating the growth and economic performance of L. vannamei juveniles fed practical diets with increasing levels of Antarctic krill meal and decreasing levels of fishmeal, fish oil, cholesterol and soybean lecithin. The study was conducted simultaneously under clear and greenwater culture systems.

As these ingredients were replaced by krill meal, formula costs for the KM10, KM50 and KM110 diets decreased 8.0, 12.8 and 8.7 percent, respectively, compared to the basal diet. Animals were fed twice daily at 7:30 a.m. and 4:00 p.m. over the complete rearing period. Meals were delivered in feeding trays, allowing rough changes in feed rations at each feeding.

Water quality parameters remained within ideal ranges for the culture of penaeid shrimp. In the clearwater system, water salinity reached 32.4 ± 2.6 ppt, pH was 7.72 ± 0.23, and temperature held at 27.4 ± 0.8 degrees-C. Over the rearing period, there was an increase in water salinity consistent with the dry season that takes place at the experimental site.

The major variation was observed in final body weight, when shrimp fed diets containing 10 to 50 grams/kg of krill meal inclusion were compared with those fed the basal and KM110 diets in the greenwater system. As these differences were not replicated under the more controlled and challenging rearing conditions of the clearwater tanks, it can be assumed they were partially the result of external factors other than krill meal use.

In the present study, shrimp biological performance varied more as a result of the rearing system than in relation to feed type. At first it appeared the greenwater system imposed a greater challenge to shrimp growth. However, the clearwater tanks were intentionally deprived of natural food items and operated under a stocking density 1.7 times higher than that of the greenwater tanks.

At harvest, shrimp reared in clearwater had lower growth and survival than those in greenwater. For shrimp in clearwater tanks, yield and apparent feed intake (Table 2) were also higher, which probably led to a greater build-up of nitrogen in the rearing system. These results suggested that clearwater tanks promoted a more challenging culture environment for L. vannamei, despite the greater fluctuations in water quality observed under greenwater conditions.

Results from the present work with L. vannamei were in agreement with previous studies with fish, which also concluded that krill meal can partially replace fishmeal without unfavorable effects on growth performance and health. Although krill meal is more costly than fishmeal, its inclusion allowed reductions of other expensive ingredients – fish oil, soybean lecithin and cholesterol. Consequently, it was possible to achieve formula savings when krill meal was used without detrimental effects to shrimp growth performance. 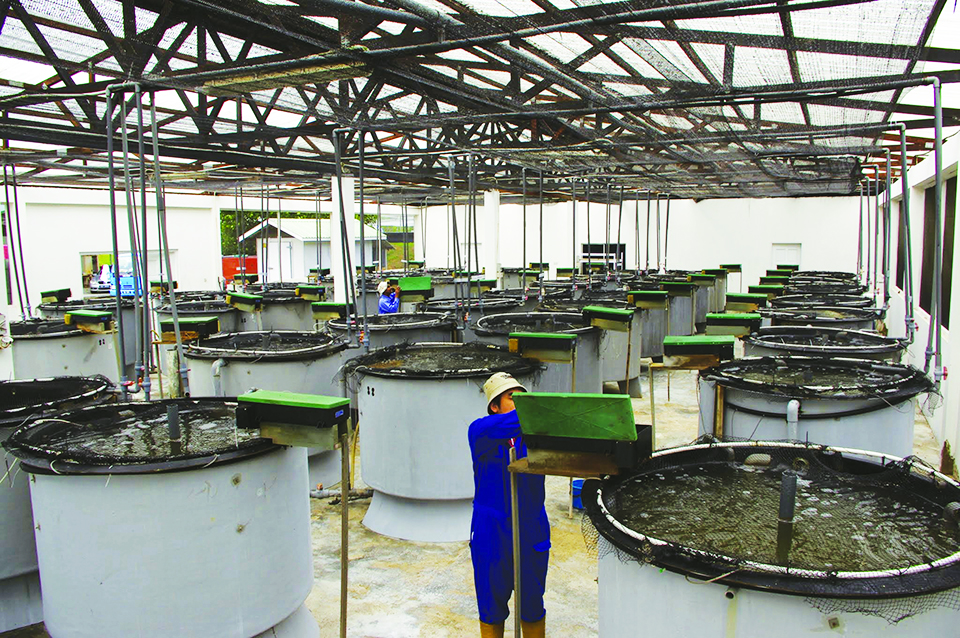