Progressive hatchery operators have long recognized the benefits of adding benthic pennate diatoms of the genera Amphora and Navicula to their larviculture tanks. The practice began when wild plankton filtrates of 500-μ fraction were added to the culture tanks to stimulate a bloom of naturally occurring flora and fauna.

Frequently, these filtrates produced a luxuriant growth of surface-adhering benthic diatoms. Improved survivals from these tanks prompted the isolation and propagation of the species involved. One operator referred to the practice of adding benthic diatom cultures to culture tanks as “sliming.”

The arrival of Taura Syndrome Virus, White Spot Syndrome Virus, and other pathogens, and the resultant strict biosecurity protocols eliminated the practice of using plankton filtrates. Also, the hatchery industry trend to intensify production and lower costs has imposed the need for greater control over the culture environment.

Recognizing the benefits of benthic diatoms, Meridian Aquatic Technology, LLC has been closely involved with several commercial hatcheries and their efforts to test and isolate strains of benthic diatoms. The goal was to select a strain that combines the benefits of a high nutritional profile and ease of use in commercial hatchery environments. This research led to the commercial production of a concentrated product containing pure, live, disease-free Amphora diatoms.

Upon metamorphosis, P. vannamei postlarvae begin to exhibit a strong preference for surface grazing, as opposed to the more pelagic behavior associated with larval stages. Often the area provided by culture tank surfaces is not sufficient to support the benthic algae biomass required by the shrimp, and can be completely grazed within three days following metamorphosis.

The use of artificial substrates like AquaMats® provides additional algae growth area of approximately 140 square meters per unit. Also, substrate units can provide about 410 square meters for beneficial bacteria growth. Coating these surfaces with diatoms of high nutrient value satisfies both the behavioral and nutritional requirements of postlarvae. Hatcheries using this combination have successfully increased stocking densities, improved survivals, and reduced or eliminated artemia usage.

Taking full advantage of this new understanding of postlarval requirements requires some rethinking of the postlarval production process.

Traditional postlarvae production is carried out in indoor tanks equipped with aeration and water temperature control systems. For Penaeus vanna-mei, tanks are typically stocked at densities of 50 to 150 nauplii (omega-5) per liter and grown out through metamorphosis until harvest size is reached.

Recognizing the change in shrimp feeding behavior from the pelagic to the more benthic mode has prompted some Western Hemisphere hatcheries to physically separate larviculture into two phases (Table 1). Phase I includes traditional larviculture from nauplii to metamorphosis, while phase II includes postlarvae transfer to different tanks shortly after metamorphosis. 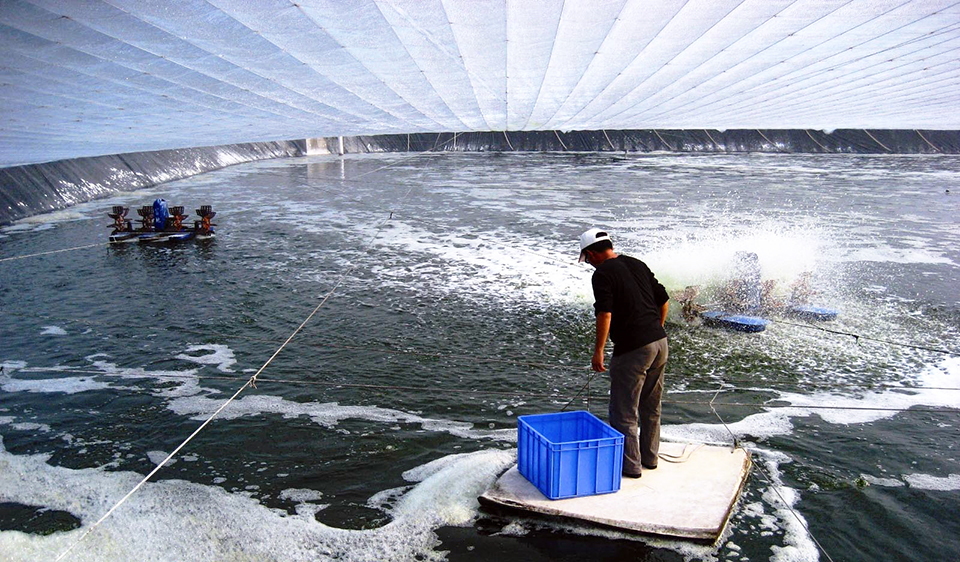