In intensive shrimp-culture systems, sediment and other surface areas can have both positive and negative effects on shrimp production. Sediments, particularly in closed culture systems with minimal or no water exchange, can provide buffering capacity and a source of macronutrients and micronutrients. Surfaces in general support a microbial community that is distinct from plankton, and may significantly affect nutrient cycling and dominant algal type.

Studies by the authors at the Waddell Mariculture Center in Bluffton, South Carolina, USA evaluated the roles of sediment and surfaces in the production of Pacific white shrimp. The authors found that supplemental vertical surface, added to production tanks in the form of artificial substrates, yielded higher shrimp production and significant differences in water quality when compared to tank setups with no sediment or just a sandy bottom surface.

Twelve 3.35-meter-diameter polyethylene tanks were used to test three treatments: bare tank bottom, about 10 cm of sandy soil sediment on the tank bottom, and sand sediment with AquaMats® artificial substrate, which provided curtains of additional vertical surface in the water column. The substrate, installed at 1.7 meters per square meter, was trimmed to just below the water surface and arranged as the spokes of a wheel. All treatments had bare walls.

The tanks were filled with 25 ppt salinity water from the Colleton River and operated with no water exchange during a 104-day grow-out period. They received continuous aeration and water circulation via multiple air stones. A commercial inorganic fertilizer was applied once to promote algal growth.

After initial bloom development, tanks were fitted with 63 percent shade cloth covers and stocked with PL7 Litopenaeus vannamei at a density of 130 per square meter. Commercial shrimp feed was applied twice daily in feed trays, with quantity adjusted based on apparent feed consumption. Feed protein content was 40 percent and 35 percent for the first and second half of the growing period, respectively.

In response to pH measurements below 7.0 in the no-sediment tanks in the middle of the growing period, sodium carbonate was added at 17 grams per cubic meter when morning pH was lower than 7.0. This resulted in a pH increase of approximately 0.5 in less than half an hour after mixing.

The pH of all tanks gradually decreased during grow-out (Fig. 2), and was significantly different between treatments. Average pH (based on measurements prior to the addition of sodium carbonate) was 7.30, 7.59 and 7.70 for the no-sediment, sand and sand/substrate treatments, respectively. The lowest morning dissolved-oxygen reading measured was 4.9 milligrams per liter. with average dissolved oxygen above 6.0 milligrams per liter.

Total ammonia nitrogen (TAN) (Fig. 4a) was detectable from day 15 through day 43. During this time, TAN was significantly less in the sand/substrate tanks than the sand and no-sediment tanks, which were not significantly different from each other. From day 15 through day 43, TAN averages were 1.60, 2.92 and 1.17, with maximums of 6.69, 6.71 and 4.37 in the no-sediment, sand and sand/substrate treatments, respectively. After this period, mean TAN fell below 0.5 ppm in all treatments, and was not significantly different between treatments.

Plankton nitrification rates were similar in the sand and no-sediment treatments, but greater in the sand/substrate treatment. However, there was no significant treatment affect on plankton respiration rates.

The combination of higher pH with lower TAN and orthophosphate in the sand/substrate tanks further pointed to greater overall algal activity in this treatment. Thus, the increased vertical surface area in the sand/mat treatment may allow both more attached algal development and more photosynthesis overall.

At harvest, the sand/substrate tanks had a considerable deposit of black, sulfidic sediment overlaying the sand sediment, whereas the sand and no-sediment treatments had relatively little black sediment. Based on measurements of carbon and nitrogen flux from the sediment and pelagic turnover rates, systems with benthic algal sediment communities may produce more biodegradable dissolved organic carbon than sand systems, thereby stimulating bacterial production and temporary immobilization of nitrogen in the bacterial and algal biomass.

While this study was not designed to assess the effects of natural production on L. vannamei growth, similar initial growth rates and feed tray consumption in all treatments suggested similar benefits from natural production during early growth stages, presumably prior to large reductions in natural production commonly seen in intensive culture systems.

This suggests that as supplemental feed for the target crop, the greater quantity of natural production in the system with additional vertical surfaces may have been more important than qualitative differences. Alternatively, the physical presence of vertical curtains may have delayed the onset of other overcrowding effects such as stress. The relatively high density of additional vertical surfaces applied in this study had both positive water-quality effects (i.e., higher pH, and lower ammonia and nitrate) and potentially negative water-quality effects (i.e., higher nitrite).

Higher pH, in conjunction with lower phytoplankton biomass and ammonia in the sand/substrate treatment than the sand treatment, suggested greater carbon fixation by the attached algal community of the sand/substrate treatment. The added vertical surface yielded higher shrimp production in conjunction with significant differences in water quality and indicators of general activity, suggesting a high volume of additional surface can significantly affect aquaculture production systems. 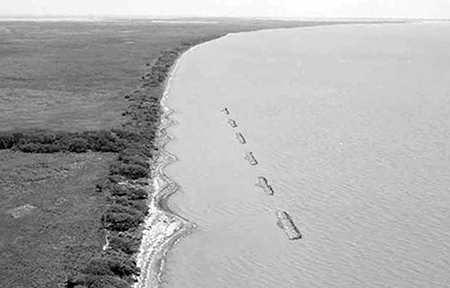 A technique to stimulate oyster growth in the form of an oyster reef breakwater is being developed at Louisiana State University in Baton Rouge. 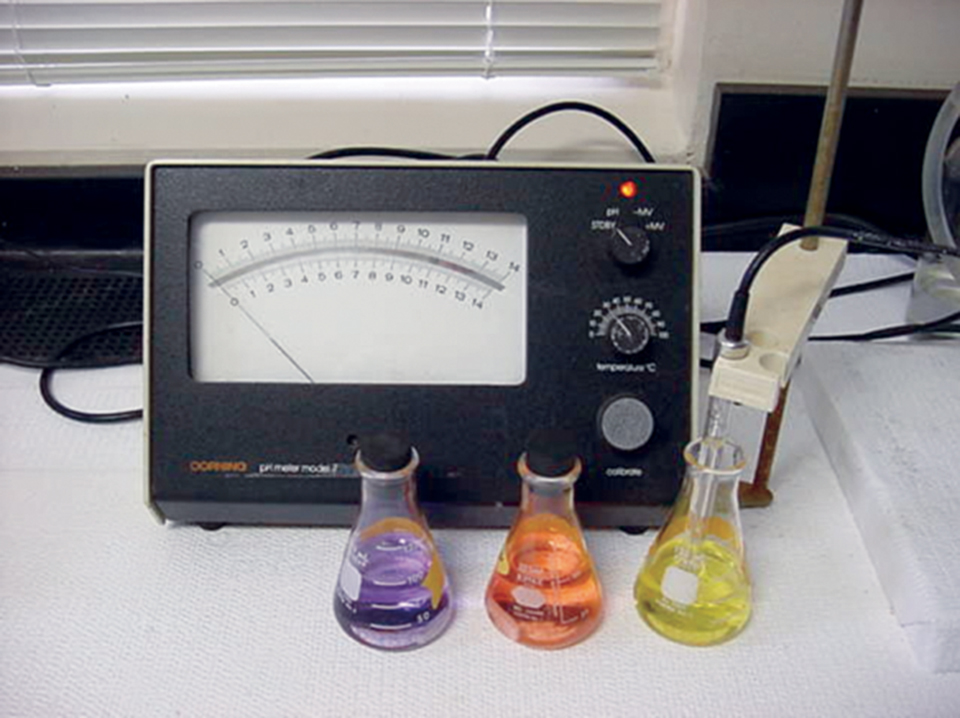 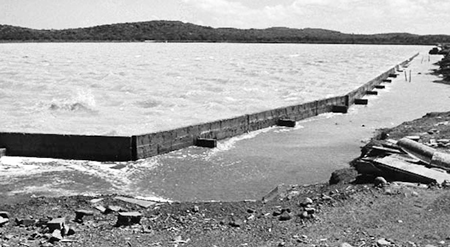 Solids in water are either in true solution or suspended. Suspended solids remain in suspension because they are so small and light.