The Chinese mitten crab (Eriocheir sinensis) is an important crustacean species in Chinese aquaculture. It normally inhabits and is produced in freshwater but reproduces in brackish water. These crabs are very popular with Chinese consumers and command high prices.

Chinese mitten crab aquaculture production began in the 1980s, and the industry has grown rapidly due to the high demand in international and domestic markets. Currently, it is widely cultured from the northernmost Heilongjiang Province southward to Guangdong Province. Production of E. sinensis in China in 2018 reached 756,877 metric  tons, representing about 22 percent of all cultured crustaceans in the country.

However, production is seasonal and thus these crabs are not available year-round. Typically, Chinese mitten crabs mature in October (females) and November (males), and then they appear in the markets until the Spring Festival (around early to mid-February). There is high demand in some areas like Shanghai for the June or Summer hairy crabs, which are the animals harvested before they mature.

In aquaculture, stocking density is an important factor that influences productivity. Excessive stocking densities may cause negative biochemical changes in the cultured animals by inducing chronic stress associated with deterioration in water quality or adverse social interactions. There is much interest in China regarding the possibility of overwintering E. sinensis to extend their production season, and information on optimal stocking densities is needed.

Editor’s note: This article has 12 co-authors (listed as tags below), but only the affiliation and contact information for the corresponding is listed.

This study used nine net cages (2.0  meters × 1. 6 meters; 5  mm mesh size) set in a 2,000-square-meter pond in the Jiangsu Noah’s Ark Agricultural Technology Co., Ltd. Pond aeration and water circulation were provided by diffuser and splashing aeration. Crabs were fed with iced fish once daily at about 2 to 5 percent of their total biomass, and corn was also provided every three days. Any uneaten food was removed before the next feeding. Crabs were fasted for 24 hours before sampling and samples were collected on six occasions, on days 0 (no density difference), 30, 60, 90, 105 and 120.

This experiment was conducted for 120 days, from Dec. 2018 to April 2019. Standard pond water quality parameters were monitored regularly and maintained within adequate ranges. During the overwintering test rearing period, water temperature ranged from 4.5 to 20.2  degrees-C, dissolved oxygen from 8.54 to 13.70  mg/L, ammonia nitrogen levels were below 0.40  mg/L, nitrite levels were below 0.15 mg/L, pH was maintained at 7.5 to 8.5, while chemical oxygen demand was under 10  mg/L, respectively.

For detailed information on experimental design and management; crab sampling and data collection; biochemical analyses and other laboratory procedures; and statistical analyses, refer to the original publication.

No disease outbreaks or signs were observed during the experiment and mortality rate differences were small between density treatments (around 1 to 2 percent). However, overwintering rearing times had significant effects on mortalities across all stocking densities. Mortalities during the first 60 days were under 5 percent but increased significantly after 90 days (Fig. 1a). After 90 days of overwintering, the cumulative survival rates of all three stocking densities were over 85 percent. At 105 days, rates decreased to about 70 percent in the low and medium stocking densities, and to about 62 percent in the high-density group. After 120 days, the cumulative survival rates were under 50 percent for the low- and high-density groups (Fig. 1b).

We found no significant effects of density on growth parameters of E. sinensis, with the exception of total edible yield (TEY); interestingly, TEY was significantly higher in the high-density group (Fig. 2a). There were no significant effects on crab body weight or carapace length, but we found significant effects of time on the hepatosomatic index, HSI [proportion of liver weight to body weight – it represents the status of energy reserve in animals]; the gonadosomatic index, GSI [gonad mass as a proportion of the total body mass; it measures the sexual maturity of animals in correlation to ovary development and testes development]; and TEY regardless of stocking densities.

From days 0 to 105, the HSI decreased while GSI increased with time (Fig. 2b). Regardless of stocking densities, the TEY reached its highest value at 105 days and TEY and GSI decreased significantly beyond 105 days (Fig. 2b). Compared to crabs before overwintering rearing, the total lipid content of edible tissues decreased significantly after overwintering rearing for 105 days, regardless of stocking density.

Most E. sinensis females stop growing after reaching maturity, typically in November, which helps explain the stable performance of growth parameters during the culture period in our study. In line with previous studies, we observed that gonadal development is closely related to the hepatopancreas, with increasing GSI and decreasing HSI with time. This could be due to the transport of lipid contents from the hepatopancreas to the ovary during the ovarian maturation.

Our results also suggest the crabs started experiencing physiological stress due to not being able to complete their reproductive cycle. Considering that E. sinensis will die after reproduction, which normally takes place from April to June, we suggest the optimal overwintering culture does not go beyond early April.

Results of this study showed that healthy E. sinensis females reared in net cages set up in a circulating pond aquaculture system maintained overall good physiological conditions. Our findings suggested that the optimal stocking density is around 21.88  kg per square meter for overwintering culture of less than 90 days, while a medium density of 15.63  kg per square meter is more suitable for longer term overwintering culture (more than 90 days), but not beyond early April. Our results provide a reference standard for the overwintering cultivation of E. sinensis. 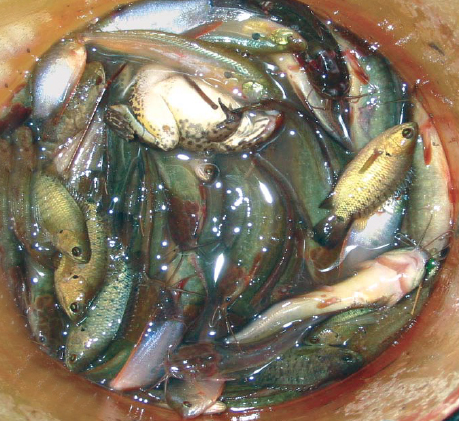 Even in commercial systems, management of self-recruiting species within diverse polycultures can reduce risk and produce valuable byproducts. 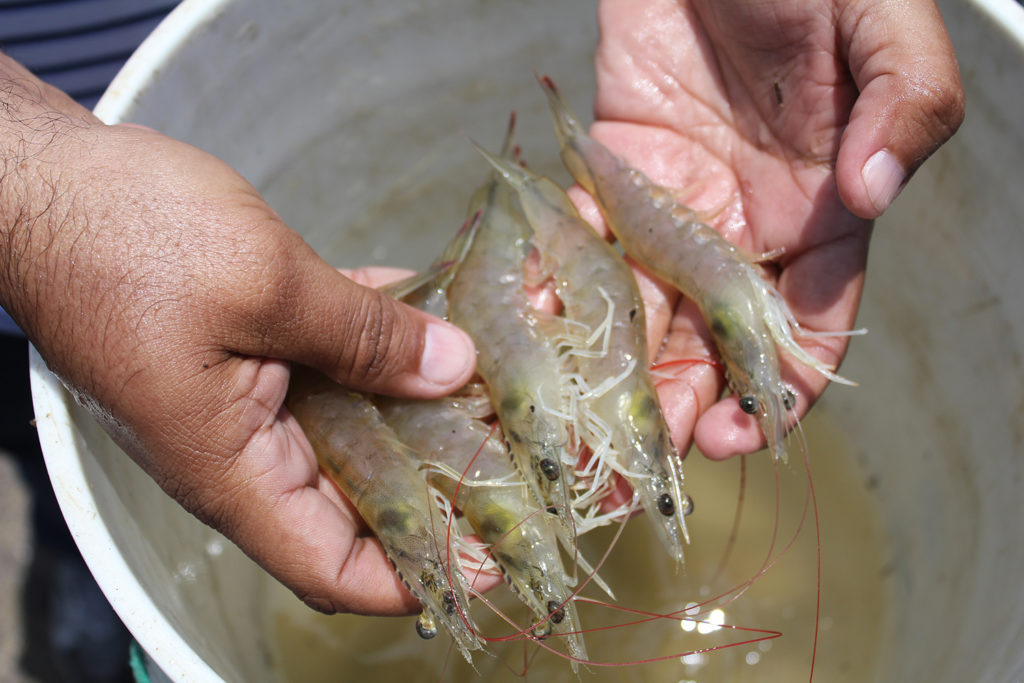 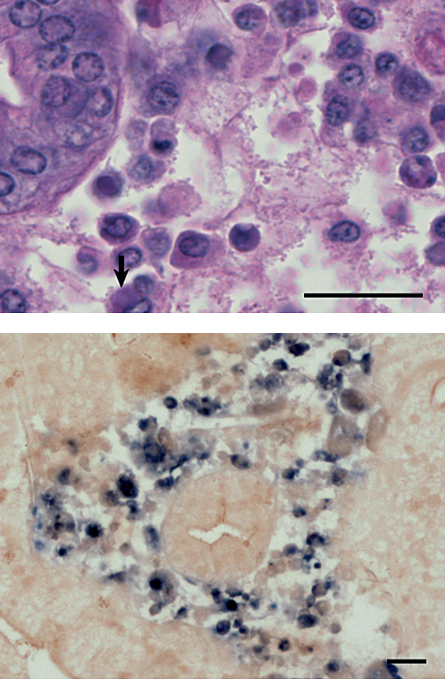 An in situ hybridization procedure can be used to diagnose blue crabs from Chesapeake Bay infected with a reovirus.

Pasteurization of crustaceans, which can extend shelf life to years, preserves many of the chemical and physical characteristics of the original seafood and destroys most spoilage and many pathogenic bacteria.